Graphium sarpedon is a species of a swallowtail butterfly, that is found in South and Southeast Asia, as well as eastern Australia. It's a very common butterfly in eastern Australia where is found in urban areas, forests and woodlands. Although preferring moist rainforest habitats, this species has survived well in Sydney's suburbs.
This species was first recorded in New Zealand by Kathleen Tibble in March 2017 at Prebbleton, south of Christchurch. It probably arrived in a storm that occurred the previous week. It is not known if it will survive our winters here in New Zealand.

Graphium sarpedon has triangular-shaped wings that have a vibrant turquoise-blue triangle, with the apex pointing toward the body. The wing margins are black. The undersides of the wings are similarly marked with turquoise patches, and each hind wing has some red spots on its underside. It has a wingspan of about 6 centimetres. It is an active butterfly moving quickly from flower to flower while feeding. 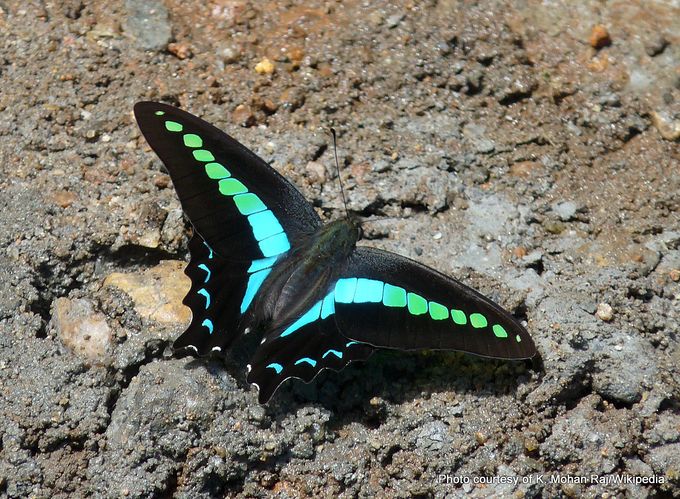 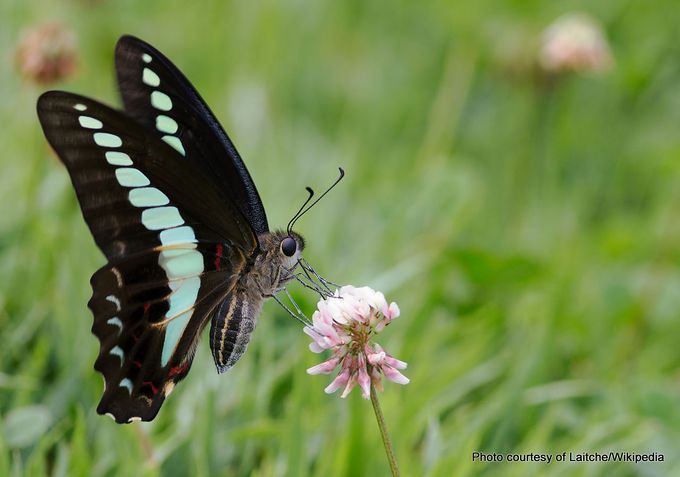