Hydrobiosella is a Fingernet caddisfly in the family Philopotamidae. They have a pale body with an orange head and prothorax (first segment behind the head). The hind edge of the pronotum (which covers the prothorax) is marked by a thick black band. They are common in many stony bush-covered streams. They are known to be both collector-gatherers (feeding on organic detritus and algae) and predators (feeding on other stream invertebrates).

The photo below is of a Hydrobiosella mixta larvae which are common around NZ with 2 known species described as larvae, This one is more common in the north island (and northern south island) and the other one (H. stenocerca) is common in the south island and southern north island They live in tube-shaped houses constructed of fine nets of silk underneath stones in rocky streams.

Note the distinguishing black band on the pronotum. 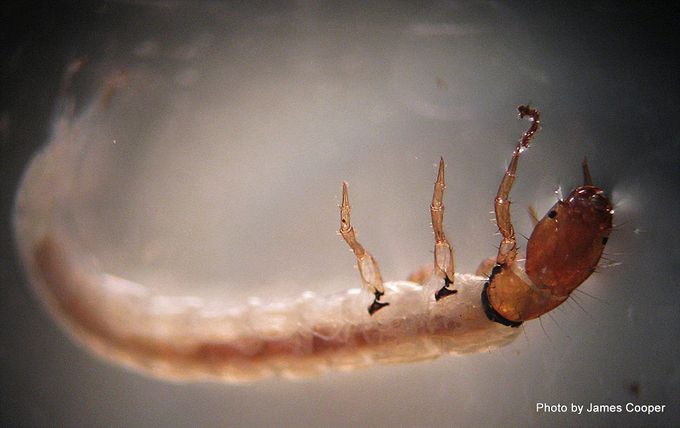