Rhomphaea urquharti is a small cobweb spider endemic to New Zealand's North and South Islands. It is common in in gardens, tussock and scrubland. It is dorsal abdomen forms a cone, making the abdomen shorter than its hight.
Its a predator of other spiders and captures them when they enter its simple web and it will also enter other spiders webs to capture them. The female constructs an eggsac that looks like a spinning top. 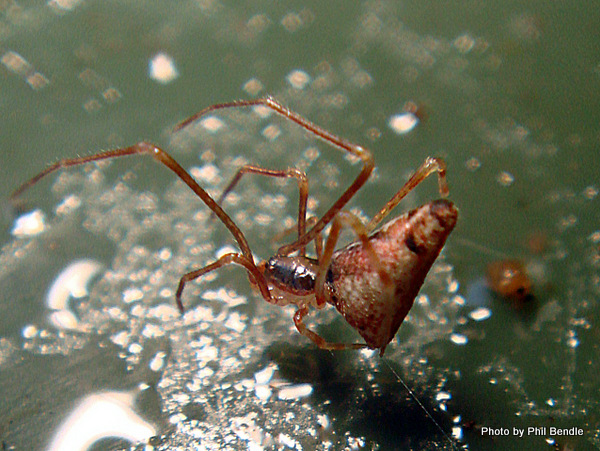