Cryptachaea gigantipes is a small cobweb spider found in Eastern Australia, Norfolk Island and New Zealand where it is an adventive species.
It is a common spider in New Zealand and can be found in corners of walls and windows. It has a body length of about 6mm. The male has a thinner body than the female in the photos. When in sitting in its web it raises its two forelegs over its body. 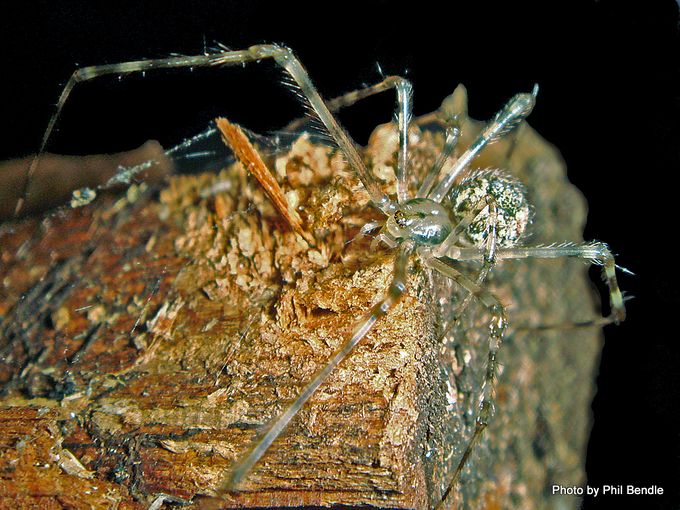 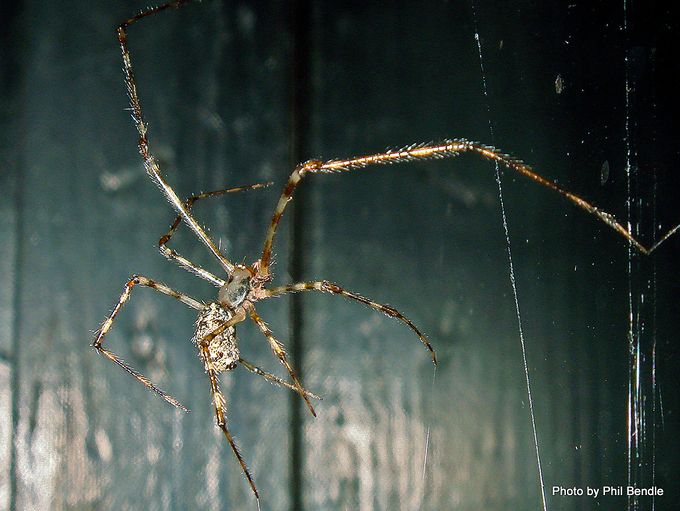 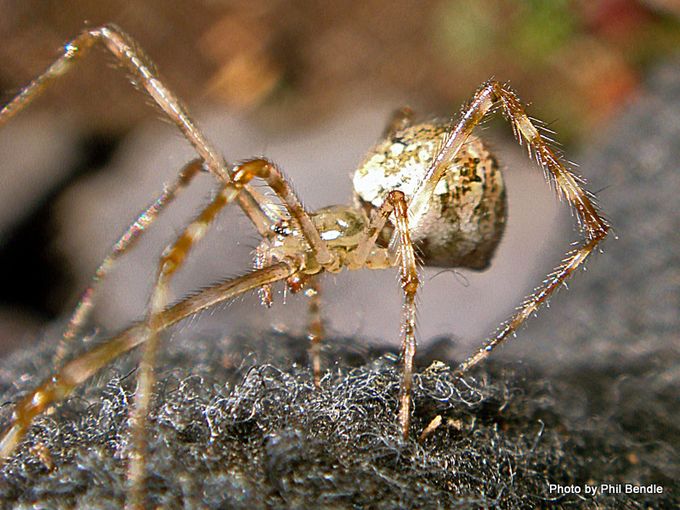 The body colour patterns are variable. 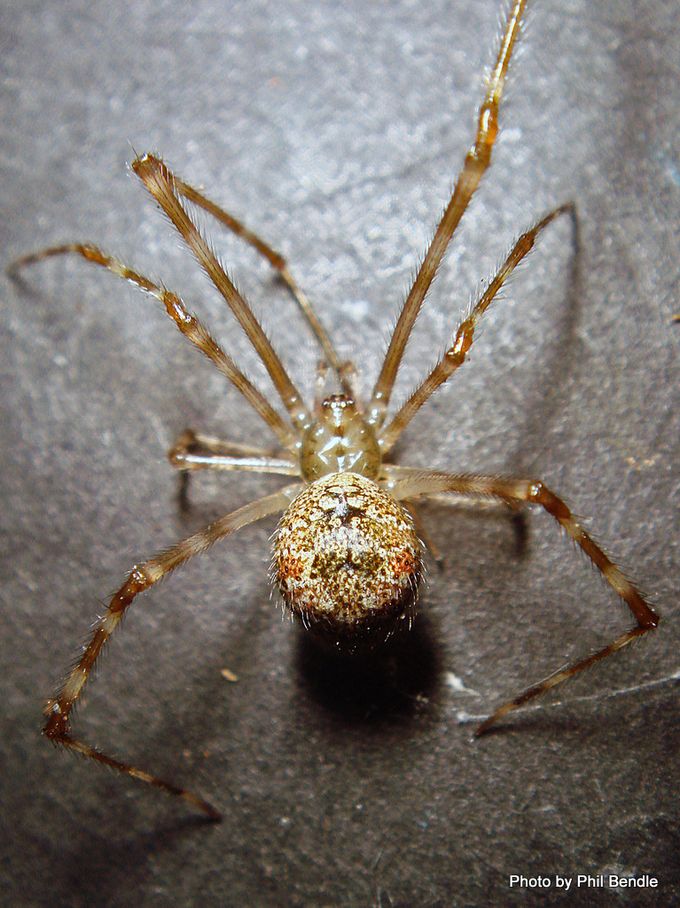 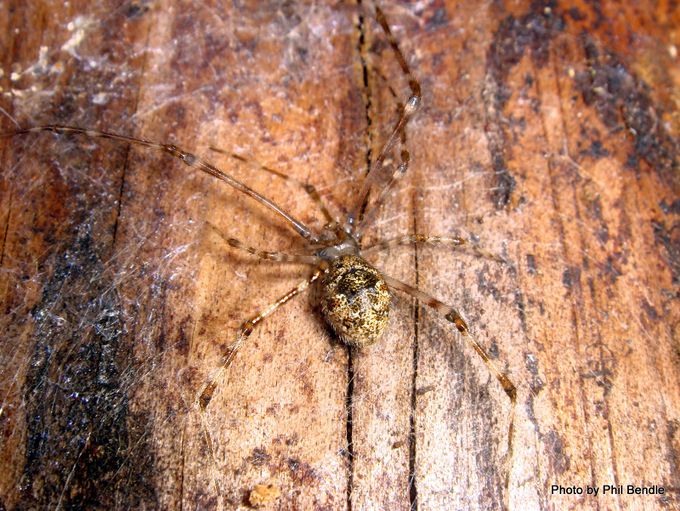 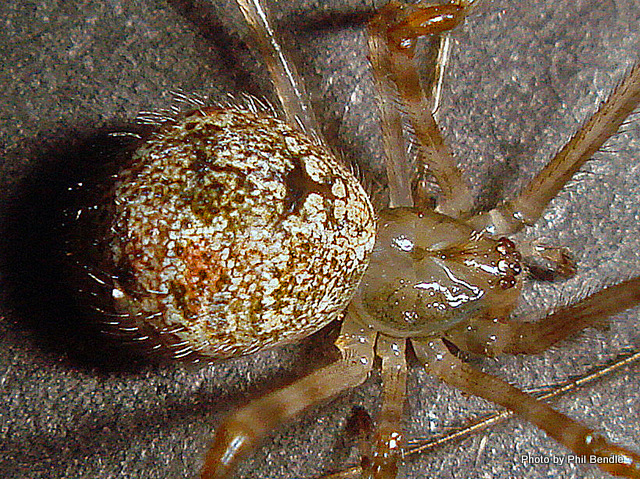 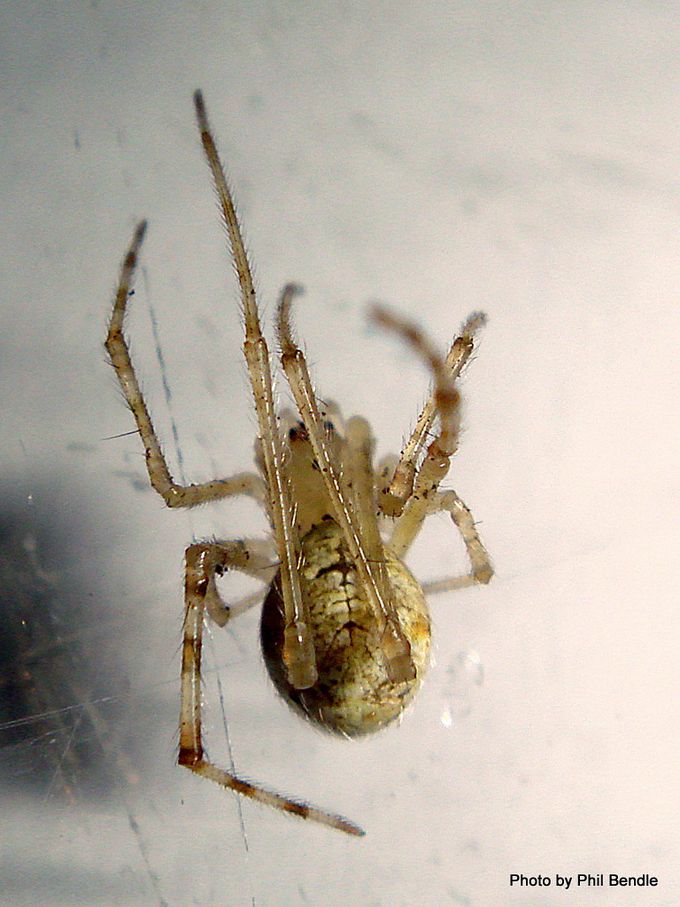 A female with her spiderlings. 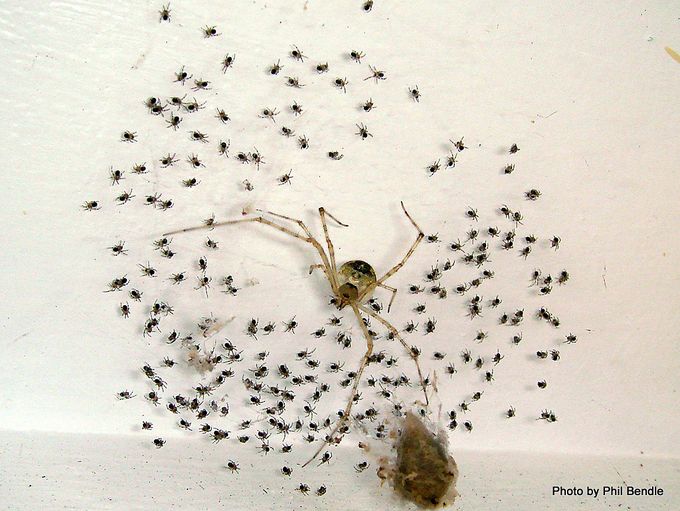 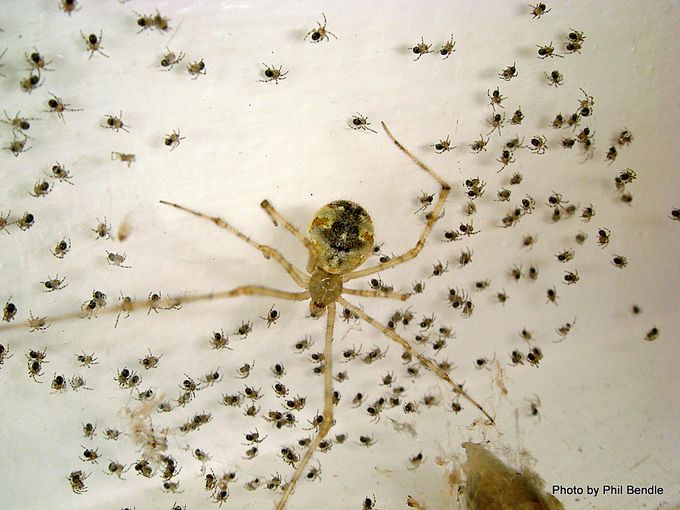 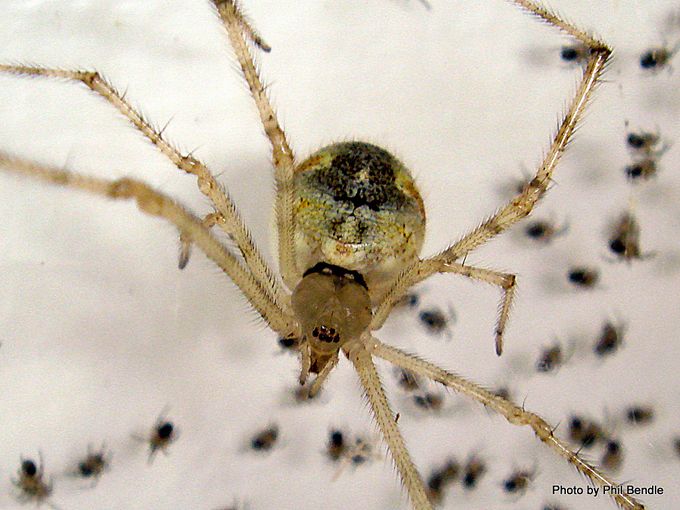 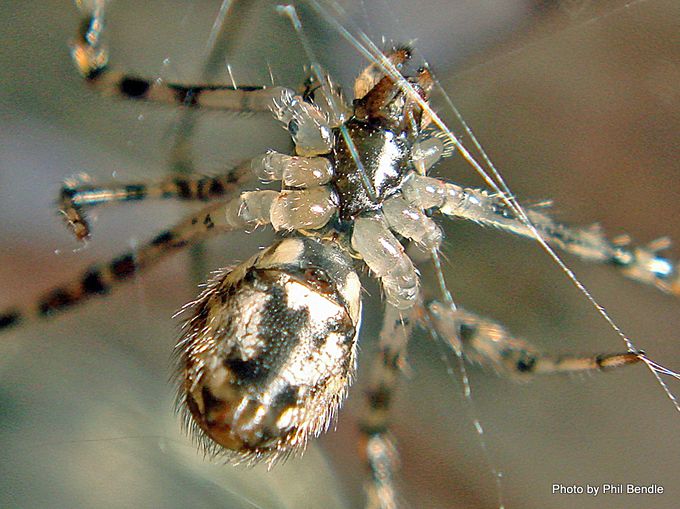