Corybas cheesemanii is a 1.5 - 2cm high terrestrial herb found growing from tuber on the forest floor within the leaf-mould. They have a single orbicular leaf which is up to 1cm long. They develop a single 8mm high flower which is usually pollinated by small flies. The flower can be in various shades of red and creamy-greens. The dorsal sepal helmet-like and arches over the labellum. Lateral sepals are tiny, only seen in front view between the spurs. The petals are almost non-discernible. Labellum forms a curved tube and has two spurs either side projecting downward from its base. The one in the photo below was photographed early in August under a deep layer of leaf litter under silver beech trees. 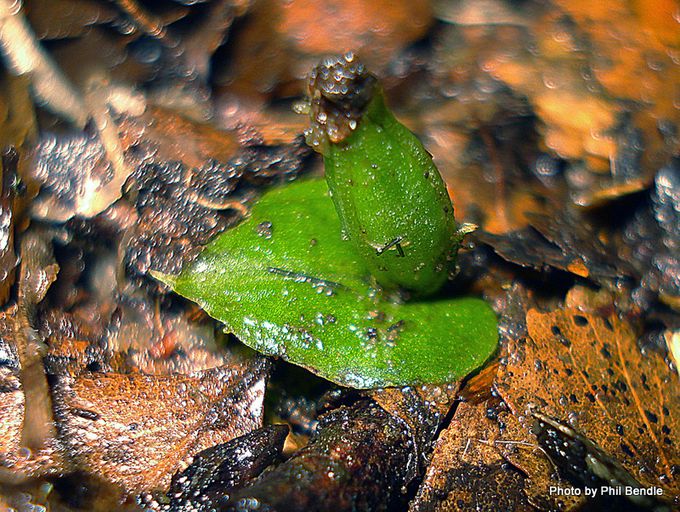 The photo below is the same plant as above with leaf litter again removed to show the orchid leaf. On the top of the long stalk are the fruiting ovaries containing seed. They expand upwards like this to release seed when the pod matures. Photo October. 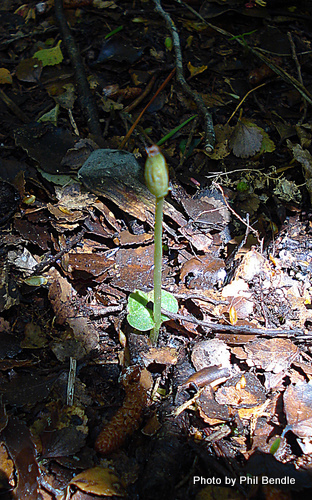