Argyrodes antipodianus is a very small kleptoparasitic (parasitism by theft) Australian spider with a body length of less than 3 mm. They are black with silvery markings. Their vernacular name of this genus is because they look like dew drops on a thread.
It was introduced to New Zealand and is now found in the North Island and northern South Island where they live in the webs of other spiders especially orb webs (Eriophora pustulosa). They are opportunists as they steal caught prey from the host’s web. These are usually tiny flying prey that is too small to have triggered a reaction from the host spider
Argyrodes antipodiana also builds a small support web of its own attached to the host’s web and this enables it without being detected to swing to safety with stolen prey. Its web is also a refuge, a storage area, as well as a snare.

The silvering on the abdomen is highly reflective, and that, coupled with the minute size, makes these tricky to photograph. The photographs below are of a 3mm male spider.that wandered indoors. 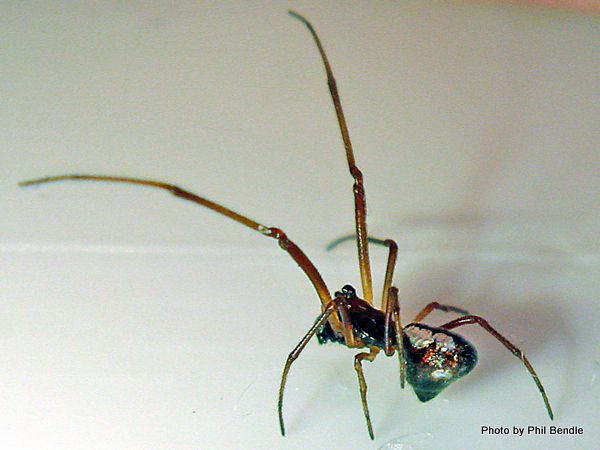 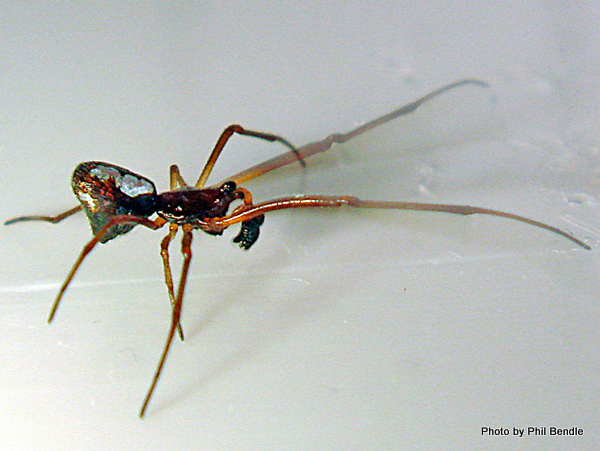 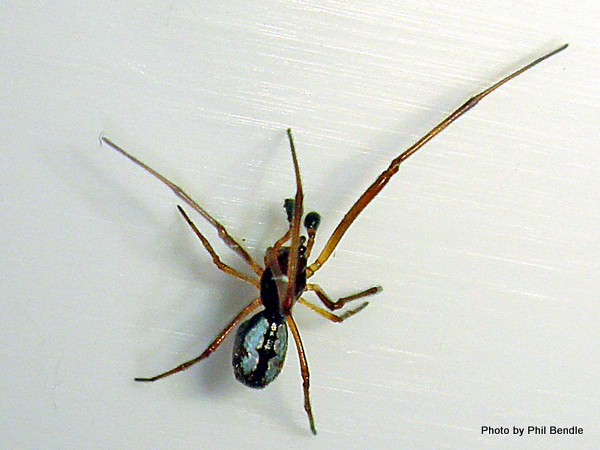