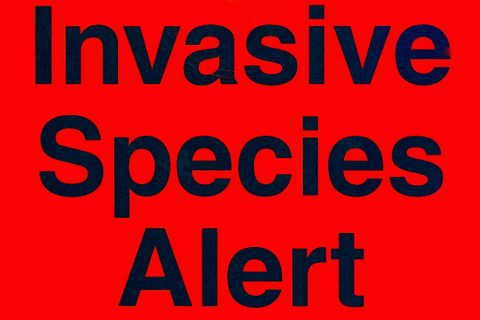 Didymosphenia geminate is a species of diatom that produces nuisance growths in freshwater rivers and streams with consistently cold water temperatures and low nutrient levels. It is native to the northern hemisphere and considered an invasive species in Australia, Argentina, New Zealand, and Chile.
Didymo was first in discovered in found in the lower Waiau River in Southland, New Zealand in 2004. This was the first time it had been found in the Southern Hemisphere. In October 2005, populations of didymo were discovered in the Hawea, Buller, Oreti and Upper Clutha rivers. Delimiting testing is being undertaken in North Island waterways and other South Island river systems to find out how far didymo has spread in New Zealand. In October 2007, dead didymo cells were found in routine water samples from the Whanganui, Tongariro, Whakapapa rivers, and the Mangatepopo Stream in the central North Island, with MAF suspecting further contamination.
In October 2009, didymo was detected in the Upper Rangitata River in Canterbury. The Upper Rangitata River is known as one of the most important braided river habitats for the endangered black-fronted tern, the wrybill and the endangered upland long-jawed galaxias. In February 2010, didymo was detected in the Waimakariri River. In May 2010, didymo was detected in the Riwaka River, the Pearse River and the Maruia River in the Nelson-Tasman region in the top of the South Island.
In December 2005 to restrict its spread, the whole of the South Island of New Zealand was declared a controlled area. All items, such as boats, fishing gear, clothing, and vehicles, that have been in a stream, river or lake, must be cleaned before they enter another waterway.

Didymo can have a notable impact on the insects that are a food source for many species of fish. It can form massive algal blooms. It makes riverbeds slippery posing a danger to waders and swimmers. Didymo blooms also pose a hazard for hydroelectric power generation, irrigation and recreational water usage.
It is not considered a significant human health risk, but it can affect stream habitats and sources of food for fish and make recreational activities unpleasant. This microscopic alga can be spread in a single drop of water.

Preventing the spread
The following methods are recommended by MAF Biosecurity New Zealand to prevent the spread of didymo in New Zealand,
Check: Before leaving the river, remove all obvious clumps of algae and look for hidden clumps. Leave them at the site. If you find clumps later don't wash them down the drain, treat them with the approved methods below, dry them and put them in a rubbish bin.
Clean: Soak and scrub all items for at least one minute in either hot (60°C) water, a 2% solution of household bleach or a 5% solution of salt, antiseptic hand cleaner or dishwashing detergent.
Dry: If cleaning is not practical (e.g. livestock, pets), after the item is completely dry wait an additional 48 hours before contact or use in any other waterway.

A didymo sign on a gate that leads to Maling Pass in Canterbury, New Zealand. 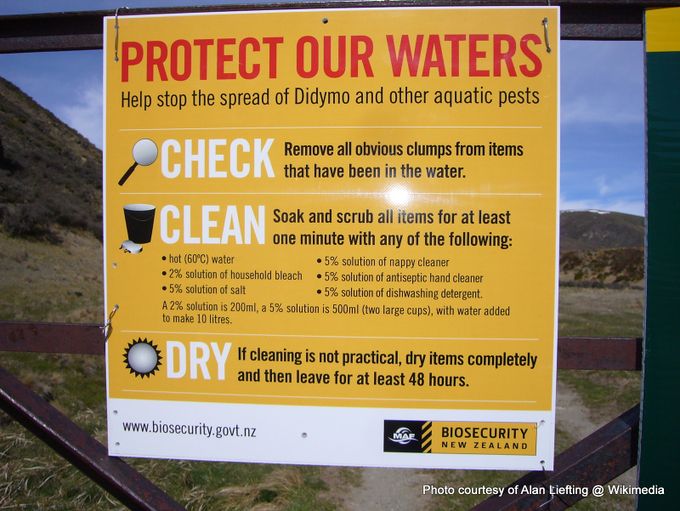 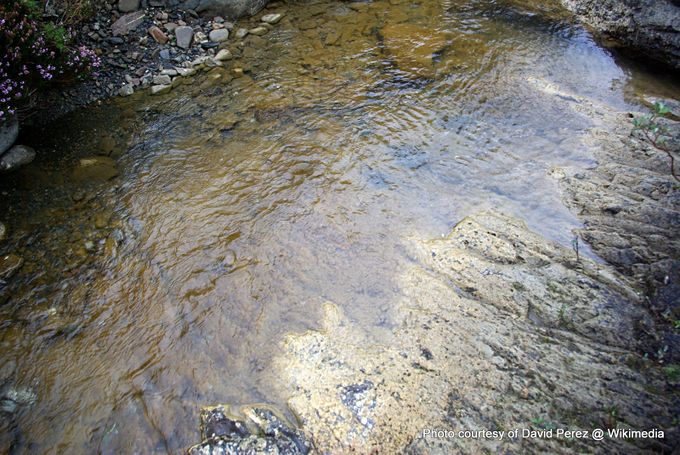 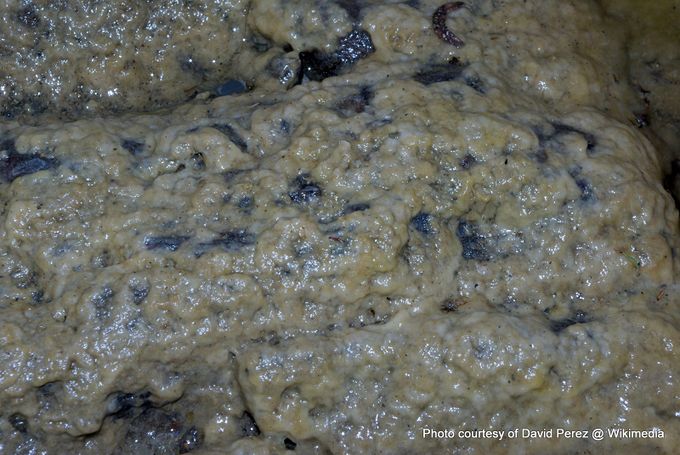 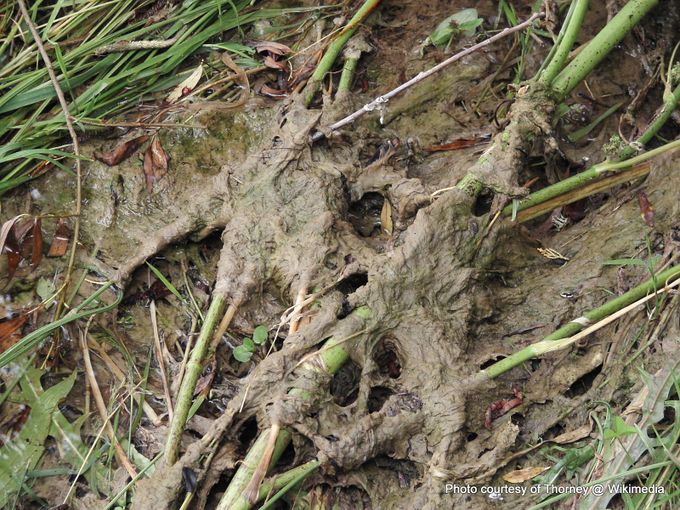