Earina aestivalis is an epiphytic or rupestral, rhizomatous, perennial, producing numerous leafy, unbranched, long persistent, wiry, cane-like stems up to 1 m long.  This orchid grows on forest tree trunks and branches, sometimes on fallen logs, and on rocks, cliff faces or banks. It occasionally colonises brick or concrete walls within urban areas.
It’s similar in appearance to Earina mucronata but has a more open growth. Its leaves are broader than those of E mucronata and are deeply channelled, with a prominent midrib and lateral veins.
It flowers August to January. Its panicle grows up to 10cm long with many flowers up to 10-14mm across. They are pale greenish-cream to greenish-yellow. The labellum is yellow-orange to deep apricot in colour. The labellum (or Lip) is part of an Orchid that serves to attract insects that pollinate the flower and acts as a landing platform for those insects. The labellum is a modified petal and can be distinguished from the other petals and from the sepals by its large size and its often irregular shape. It is not unusual for the other two petals of an orchid flower to look like the sepals so that the labellum stands out as distinct. 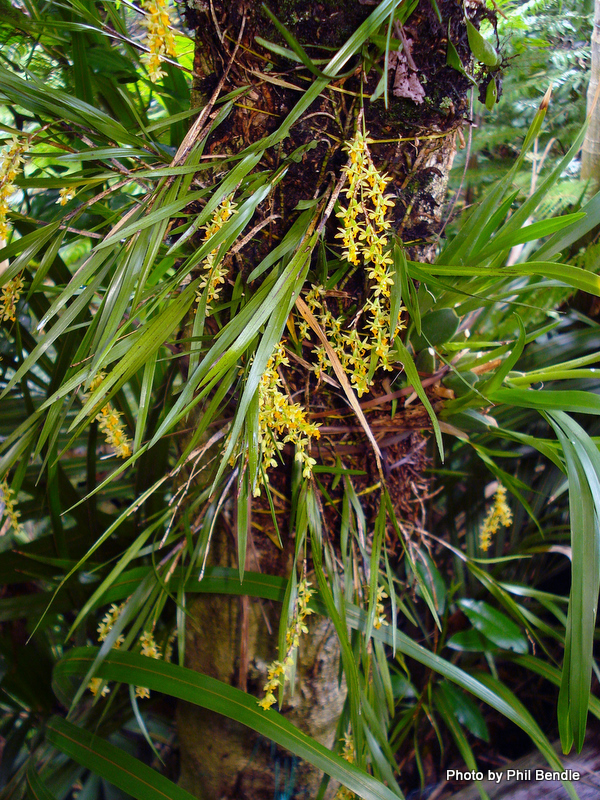 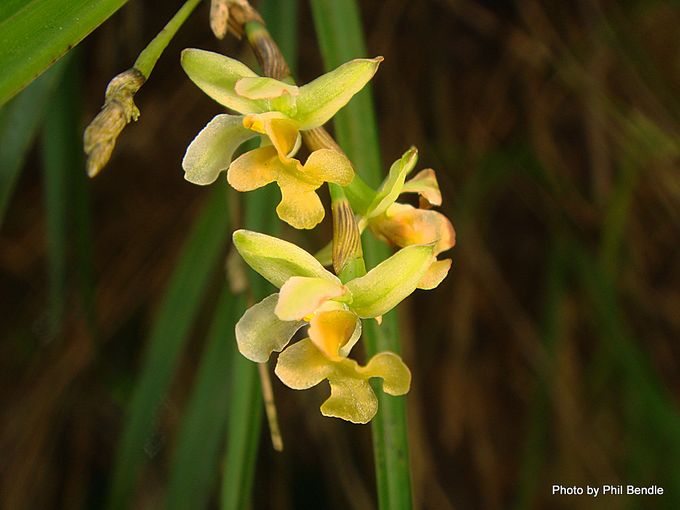 This orchid is growing in Tupare Gardens New Plymouth