Pseudoscorpions are small scorpion-like arachnids with a flat, pear-shaped body and pincers and are common throughout New Zealand. They usually range from 2 to 5 millimetres in length. They are small and inoffensive and are rarely seen due to their size. They do not have stinging tails. These tiny insects are harmless to humans. Although they have four simple eyes, their vision is weak. Instead, they rely on long, sensitive hair-like structures on their claws to find their prey, such as springtails and mites. Their victims are quickly dispatched and liquefied with venom produced by special glands in the claws that ooze into the victim’s wounds.

Worldwide there are more than 3,300 species of pseudoscorpions recorded in more than 430 genera, with more being discovered on a regular basis.They are predators and use their pincer-like pedipalps to catch small insects. Sometimes they hide under stones or foliage, but the best way to find them is to sift leaf litter from the forest floor on to a dish, and then wait for them to move. It is interesting that studies are underway using the native pseudoscorpion as a potential control for the varroa mite in beehives as they will prey on varroa mites and larvae.

Three introduced species are found in New Zealand, which most likely has been brought in by human trade. One of the introduced species is the cosmopolitan Chelifer cancroides, or the book scorpion - a synanthropic species common in domestic situations. 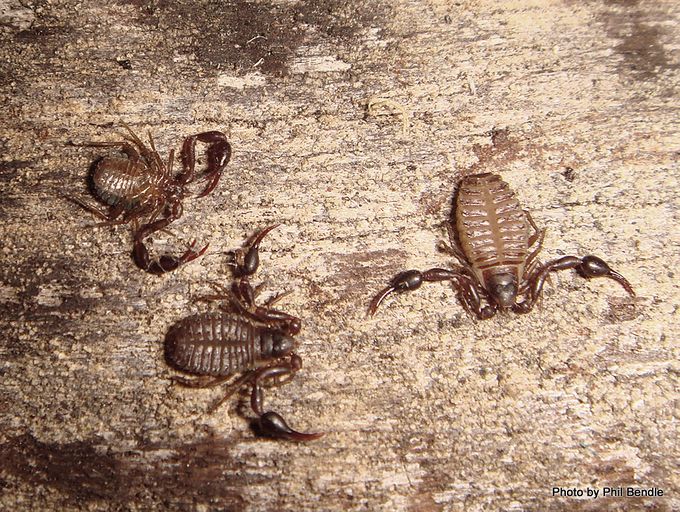 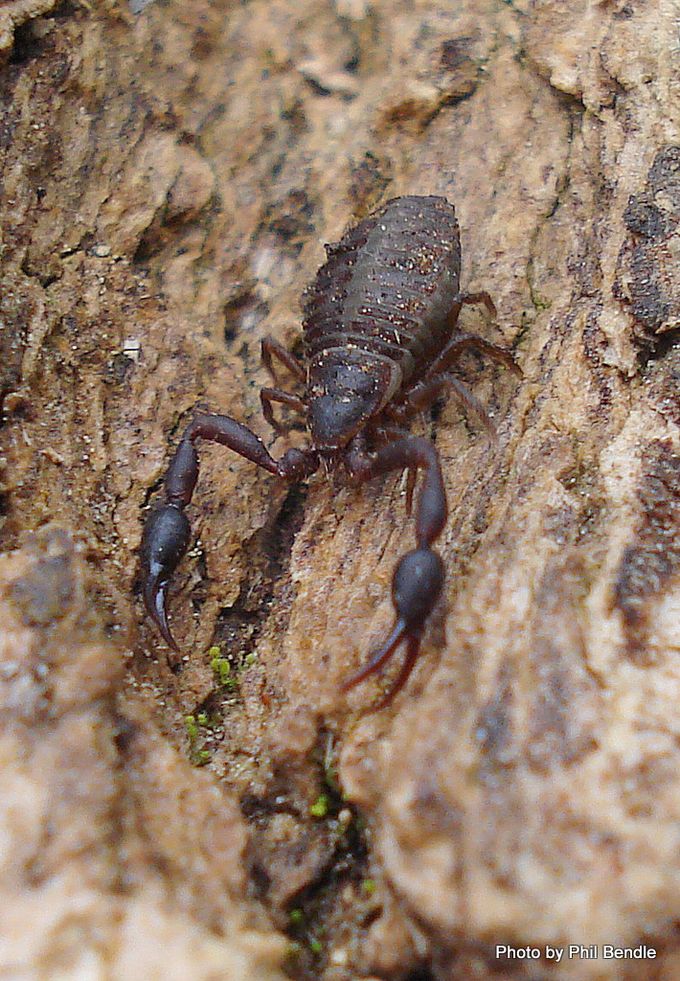 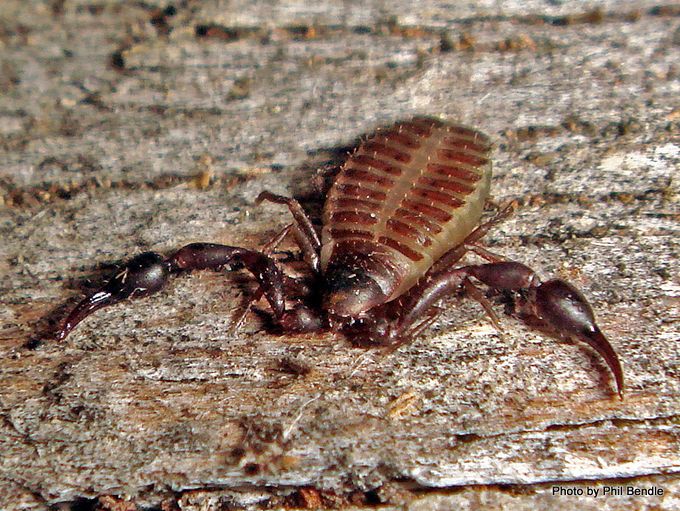 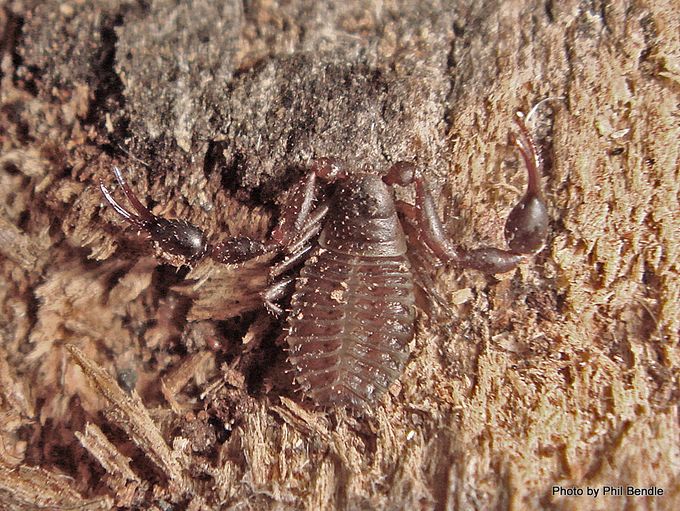 A small video on Pseudoscorpions