Dodonidia helmsii (Forest ringlet) is the largest New Zealand satyrine and the only forest-dwelling butterfly. It is endemic to New Zealand and is the only species in the genus Dodonidia. The Forest ringlet butterfly (wingspan 40–64mm) has experienced a major decline in both numbers and distribution. Historically it was found in parts of greater Auckland and Wellington but due to the introduction of predatory wasps that preyed on their larvae cause their disappearance. Another factor in their demise was due to the loss of its food plants, the various tall sedges in the genus Gahnia that have disappeared from these lowland areas.

The Forest ringlet butterfly is now only known in areas above 600m. Parasitic wasps have an altitudinal limit of 600m so most of our alpine butterflies avoid this risk. Still, with this risk removed populations are still local and rare.
Colonies of these butterflies are found on the edges of beech forest glades of the Southern Alps, North-west Nelson and a few colonies in the North Island at Pirongia Forest Park, Mount Ruapehu, Coromandel, Ruahine and Tararua ranges.

On sunny days the butterflies can be seen sunbathing near the treetops. The females lay their eggs singly on the leaves of the host plant. When the eggs hatch the elongated green larvae crawl up the larger forest grasses (Chionochlora spp.) or sedges (Gahnia spp.) to feed on them largely at night. The larvae hibernate over winter before resuming feeding in September to October. The period that the adults fly may vary widely from place to place. Records show flight activity is between October and March. 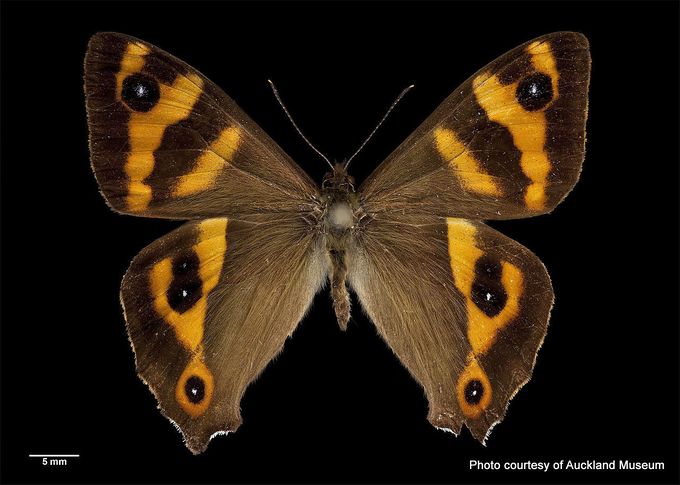 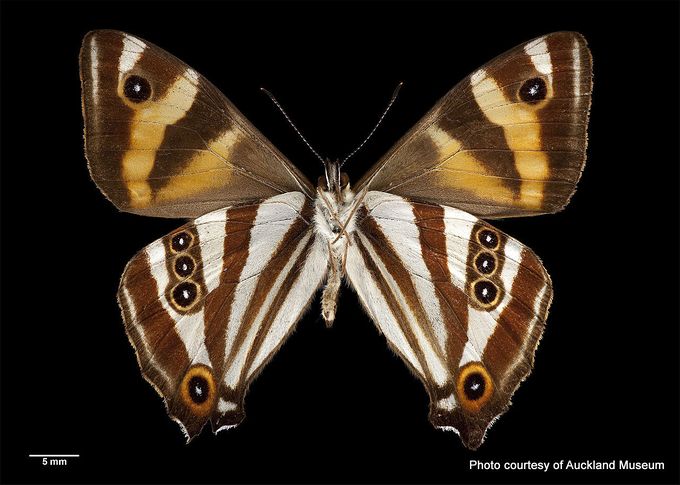