Gastrodia longcolumn has an erect, dark/light brown, leafless stem that grows up to 1 metre tall and can have a diameter up to 10 mm. The stem grows from a thick tuber.
The 60 odd 1.5cm olive green/dark brown flowers that appear during December and January are bell-shaped. The sepals and petals are joined together forming a tube (perianth). This is covered in small, light coloured, wart-like projections. The white 1cm long labellum has a yellow tip. The column is visible and is of a similar length to the labellum. The fruit is an oval-shaped capsule growing to about 15 mm long. Plants growing in dark shade often have darker flowers than those growing in well-lit locations.
Gastrodia longcolumn grows in the lowland to montane areas of New Zealand, from Lat 37S in the North Island south to Stewart Island. 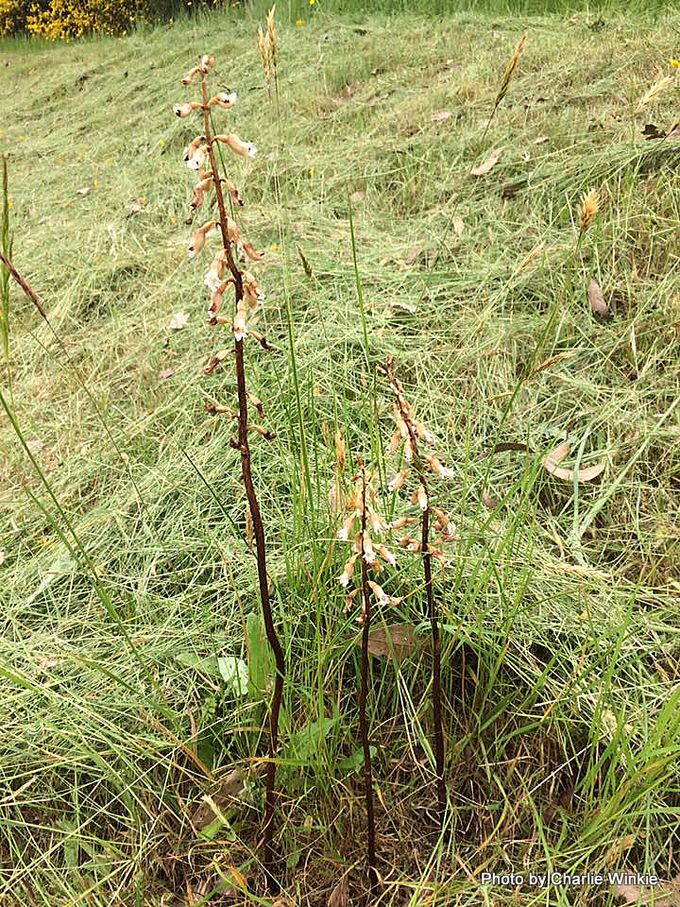 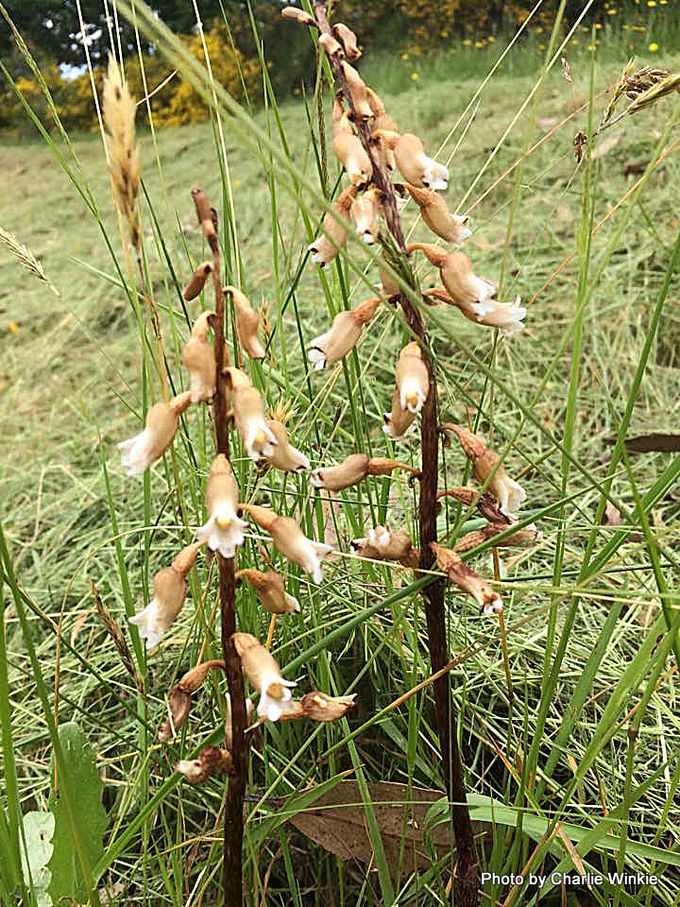 Thanks to Wikipedia for text and information:https://creativecommons.org/licenses/by-sa/3.0/