Naultinus gemmeus is a species of gecko endemic to the South Island of New Zealand.
N. gemmeus varies in colour and pattern more than any other New Zealand gecko. There are two main subgroups of jewelled geckos, those living in Otago and those living in Canterbury on the Banks Peninsula. Specimens are also found on the eastern slopes of the Southern Alps plus there is a small Southland population. An occasional specimen is also found on Codfish Island and a single specimen was found on Green Island. The Otago population is close to extinction due to pasture development.
One obvious difference between the two main subgroups is that some of the males of the Canterbury geckos are never green; they are grey or brown with yellow, purple and white markings, whereas all Otago geckos are green with yellow and white markings. The Southland population is a solid green.
Jewelled geckos are active during the day and are found in a wide variety of vegetation types, but like most New Zealand geckos are usually found in scrub such as manuka. The jewelled gecko eats insects and moths, and the young are born in late summer or early autumn.

All New Zealand geckos are highly protected and it is illegal to capture or disturb them. Jewelled geckos are often targeted by wildlife smugglers. Even low levels of poaching can place small populations of jewelled gecko at risk of extinction. 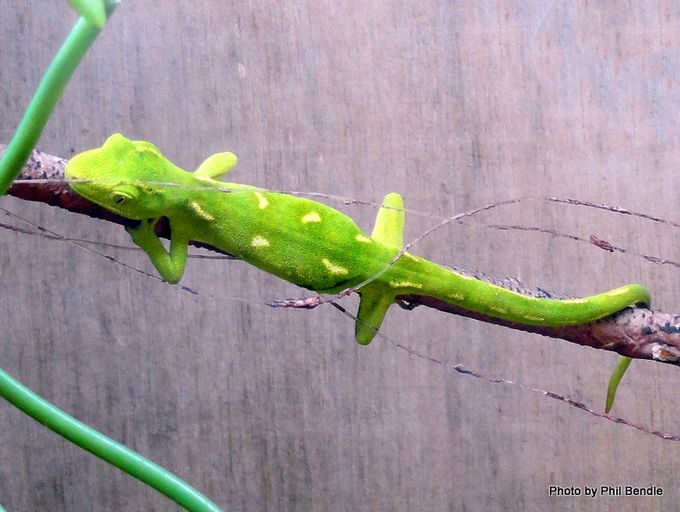 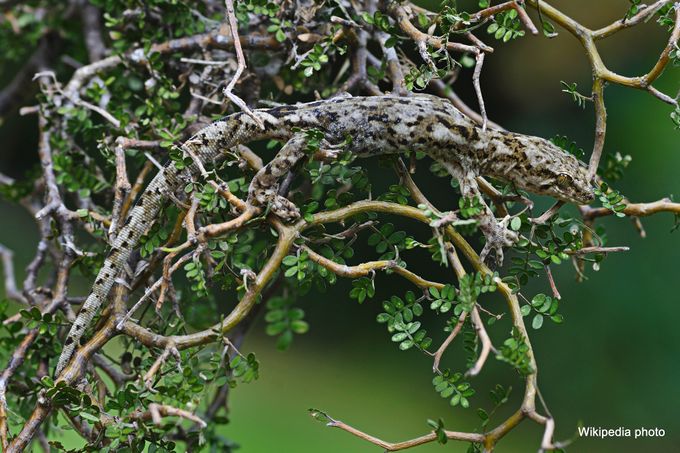