Intruda signata is a small ground spider that is found in New Zealand and in Victoria. A distinguishing feature of this spider is its pattern of abdominal chevrons. It has barrel-shaped anterior spinnerets that are one spinneret diameter apart. This spider lacks a prey-capture web and generally run their prey down. They hunt at night and during the day they are usually found under bark or a log on the ground in their silk retreats.
This spider builds thick-walled egg sacs. The female guards them until the spiderlings hatch.
The toxicity of the venom of this species of spider is completely unknown, so treat with caution. 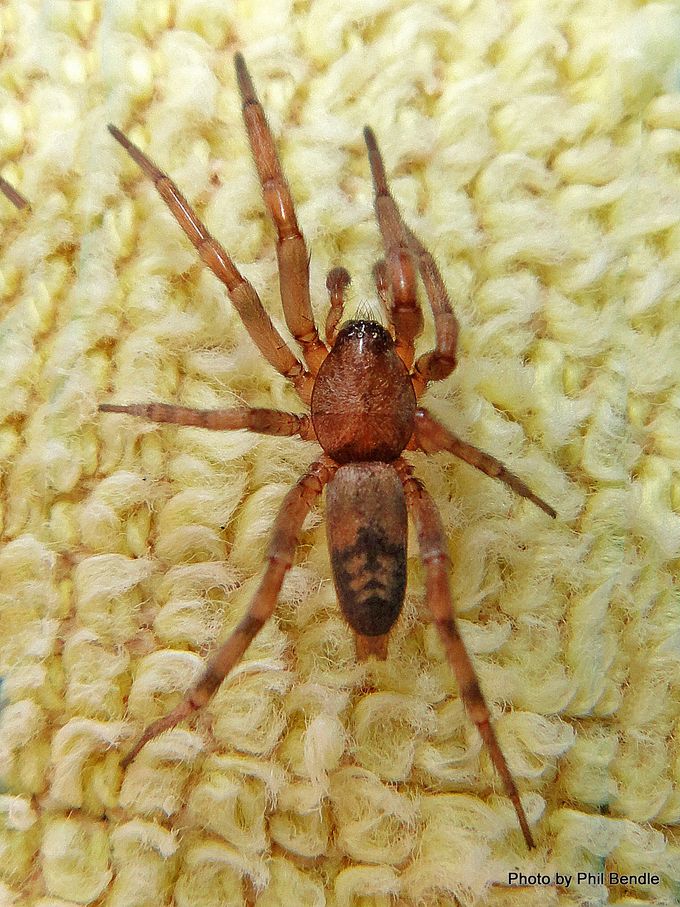 The two photos below is a male. The female markings are similar, but the large creamy markings towards the front end of the abdomen have an outer dark border. Information thanks to Phil Sirvid, Curator of spiders at Te Papa
Photographed at New Plymouth, Taranaki 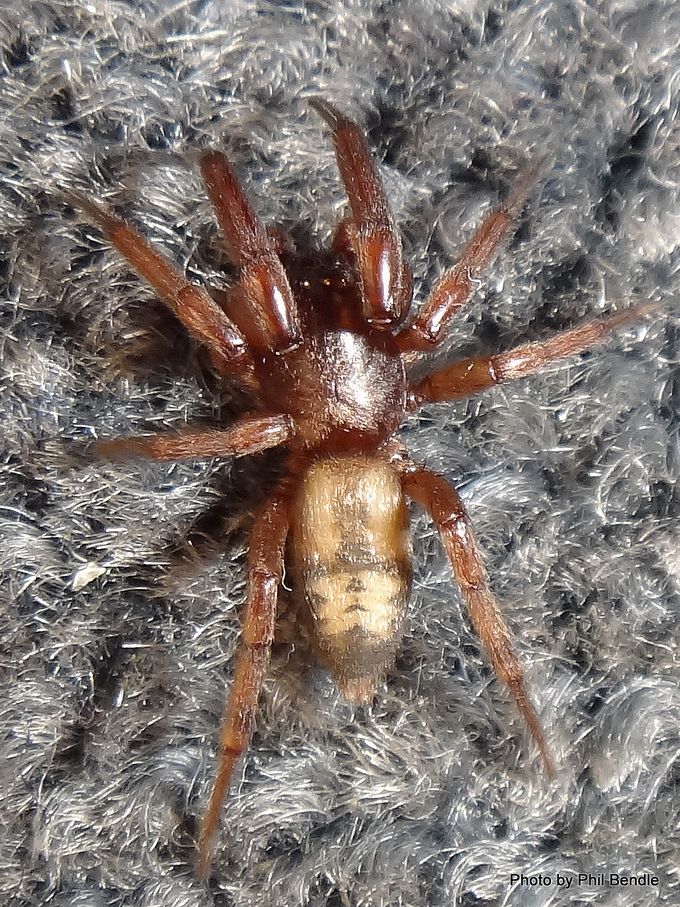 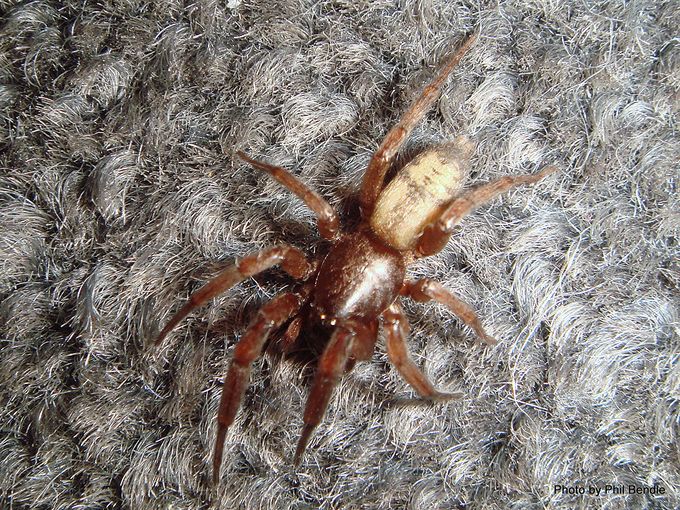