Opiliones is an order of arachnids commonly known as harvestmen of which there are over 6500 species worldwide. Spiders, scorpions, pseudoscorpions, ticks and mites are also are members of the class Arachnida.
Opiliones can be easily distinguished from spiders by their fused body regions and a single pair of eyes in the middle of their cephalothorax (spiders have an 'abdomen' that is separated from the cephalothorax by a constriction, as well as three to four pairs of eyes, usually around the margins of their cephalothorax).
Some Opiliones have exceptionally long legs relative to their body size; however, some species are short-legged.
The feeding apparatus (stomotheca) differs from most arachnids in that Opiliones can swallow chunks of solid food, not only liquids. The stomotheca is formed by extensions from the pedipalps and the first pair of legs.
Opiliones have a single pair of eyes in the middle of the head, oriented sideways. 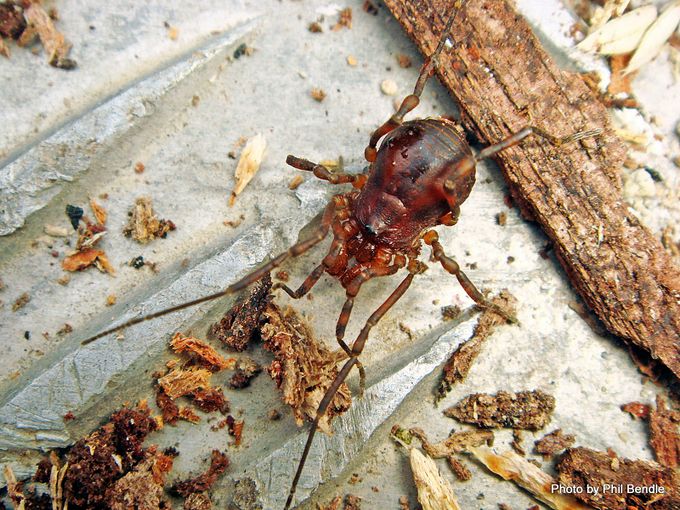