Limenitis glorifica is a butterfly of the Nymphalidae family and is endemic to the island of Honshu, in Japan. Its host plant is Lonicera japonica (Japanese honeysuckle).
Limenitis glorifica is a colourful species of butterfly. It has a front wing length of) 27 - 38 mm and has vivid single character pattern on a black background. The undersides of the wings have a white and black pattern on an orange background.

Japanese honeysuckle ((Lonicera japonica) was introduced to New Zealand as a garden plant from Japan in 1872 and in 1926 it was reported that it had spread and was growing in the wild, climbing over and suffocating plants. It is now found from Northland to Stewart Island. It is an invasive, perennial vine that spreads by rhizomes, above-ground runners, and sometimes by seeds. It infests forests but has the most impact on forest margins. It may form a complete blanket over small trees and shrubs in coastal situations and it now is increasingly troublesome in shrubland, forest margins and open roadsides here in New Zealand. With the growth of up to 15m per year in ideal conditions, traditional methods of combating the weed such as chemical or manual control are no longer practicable in many areas.

The Honshu white admiral butterfly was introduced to New Zealand as a biological agent against the Japanese honeysuckle. The aim of the introduction is to limit the shading effects of this weed by reducing its biomass, slowing its vegetative spread, and reducing seed production.
Each female butterflies can each lay about 200 eggs, only on the Caprifoliaceae (Honeysuckle) plant family, which does not include any New Zealand native plants. New Zealand’s native honeysuckle is completely unrelated to the Japanese honeysuckle.
After hatching the butterfly’s larvae spend winter inside shelters constructed from honeysuckle leaves hanging from the stem. Pupation occurs late in summer.

Disease-free larvae were first shipped to New Zealand in 2013 after host testing was completed in Japan and the Environmental Protection Authority approved the release of this butterfly after research showed the larvae would not feed on other plants.
A small number were released in the Karangahake Gorge in the Waikato. The host testing was first done in Japan due to difficulties in mating the butterflies in captivity here in New Zealand. The butterflies mating is behaviourally complex and occurs on the wing high in the air. At first scientists here in New Zealand were unable to achieve mating in containment. They have now successfully been able to mate them and have been rearing these butterflies in shade houses at Landcare Research’s Manaaki Whenua sites at Auckland and Lincoln.
In 2018 thousands of caterpillars were released at nine infested sites in the North and South Island. It is thought that this butterfly will have two to four generations per year.
It is expected it will take around five to ten years to see a wide-scale impact. 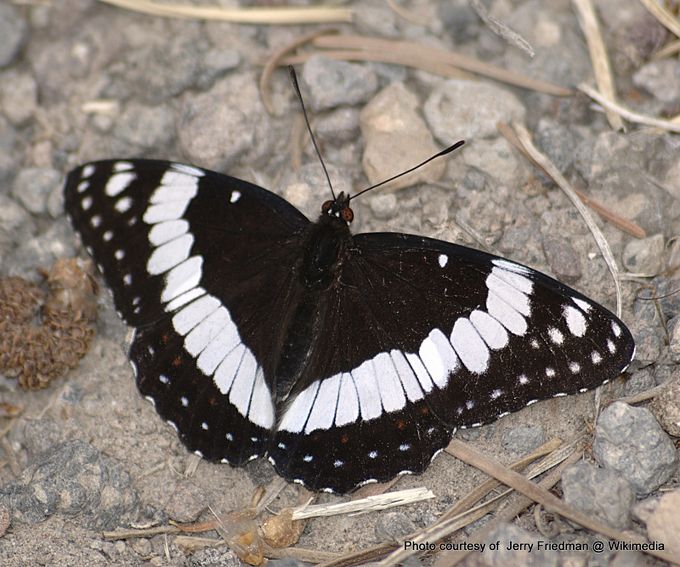 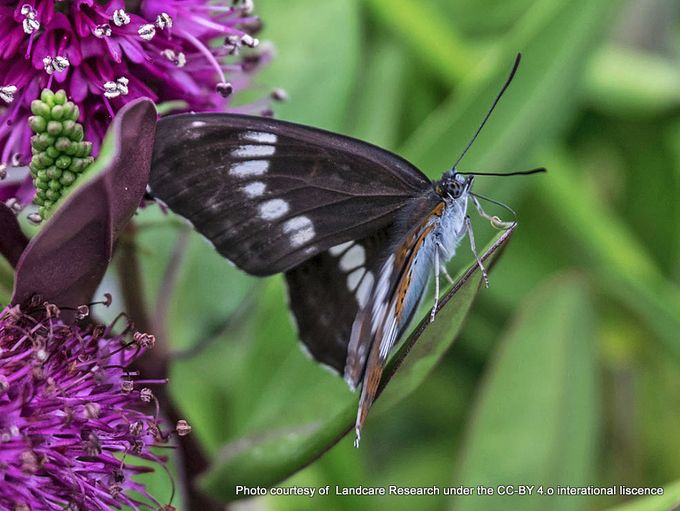 The underside of the wings. 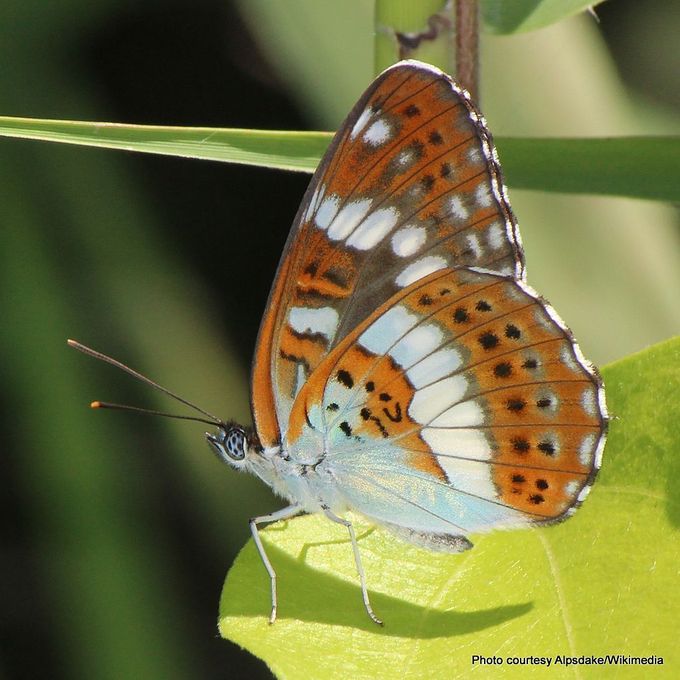 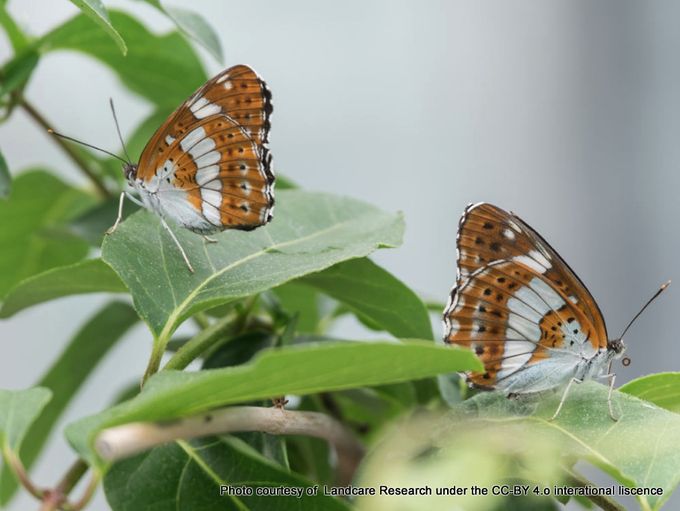 A photo showing the dorsal and ventral wings. 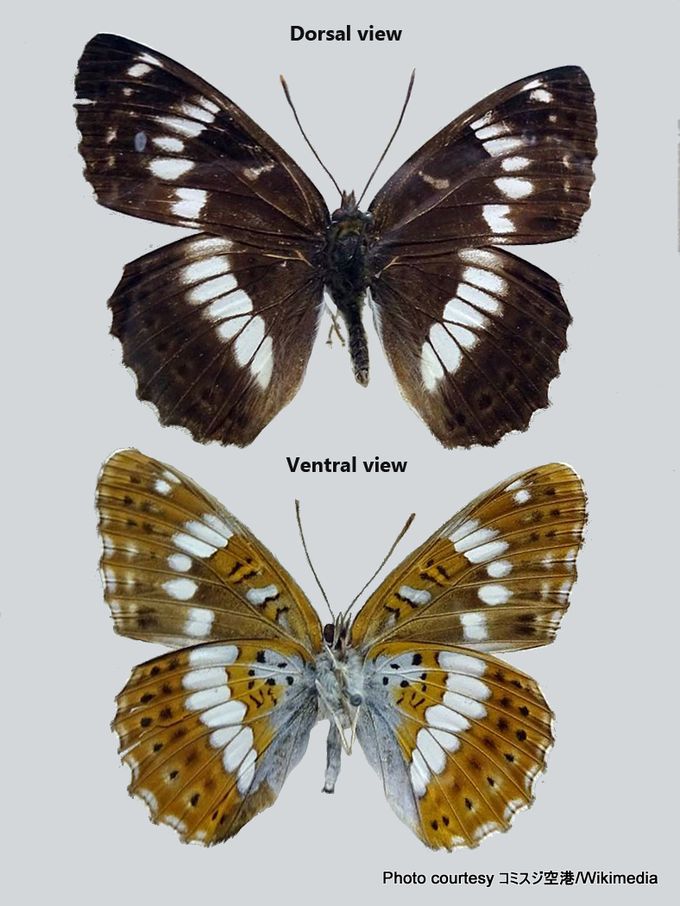 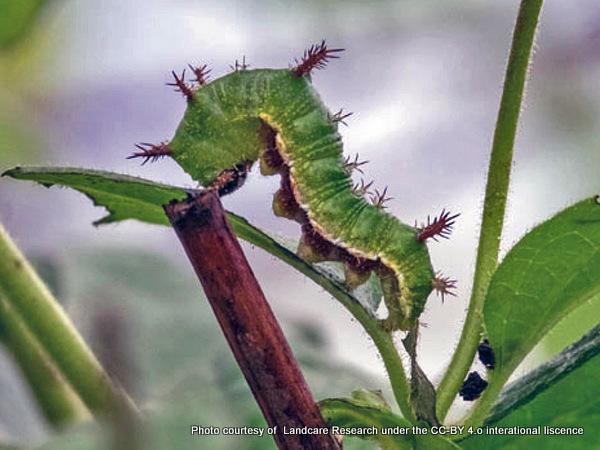 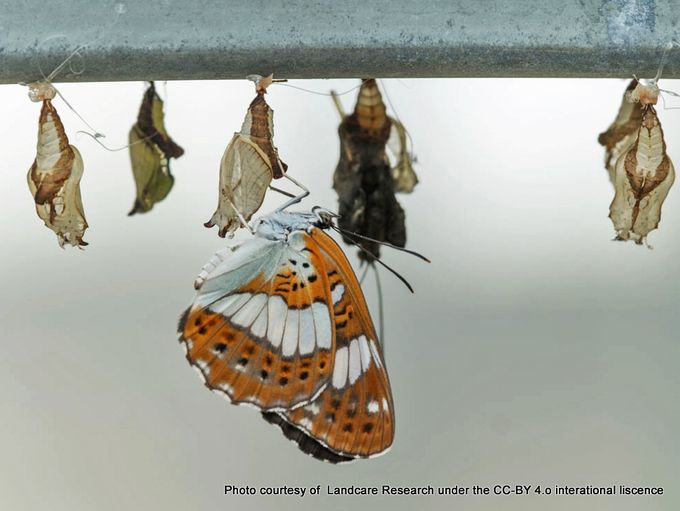 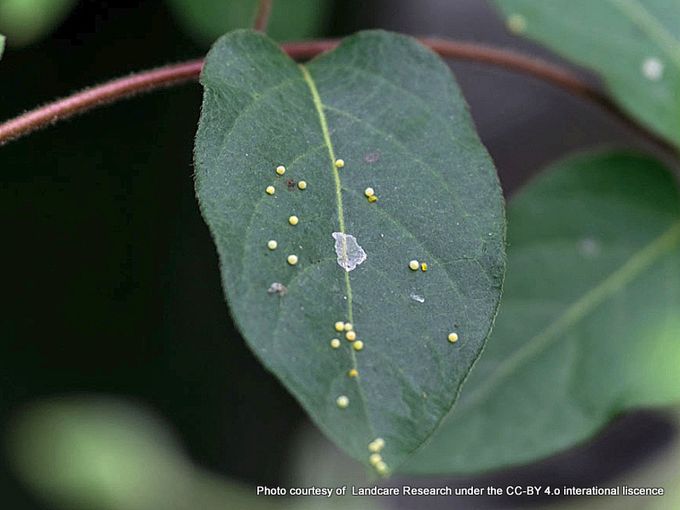 A video filmed in Japan of Limenitis glorifica the 'Honshu White Admiral butterfly'.VIDEO