Botanically mosses are bryophytes, or non-vascular plants. Mosses are found chiefly in areas of dampness and low light. Mosses are common in wooded areas and at the edges of streams. The life of a moss starts from a haploid spore. The spore germinates to produce a protonema (pl. protonemata), which is either a mass of thread-like filaments or thalloid (flat and thallus-like). Moss protonemata typically look like a thin green felt, and may grow on damp soil, tree bark, rocks, concrete, or almost any other reasonably stable surface. This is a transitory stage in the life of a moss, but from the protonema grows the gametophore ("gamete-bearer") that is structurally differentiated into stems and leaves. A single mat of protonemata may develop several gametophore shoots, resulting in a clump of moss. 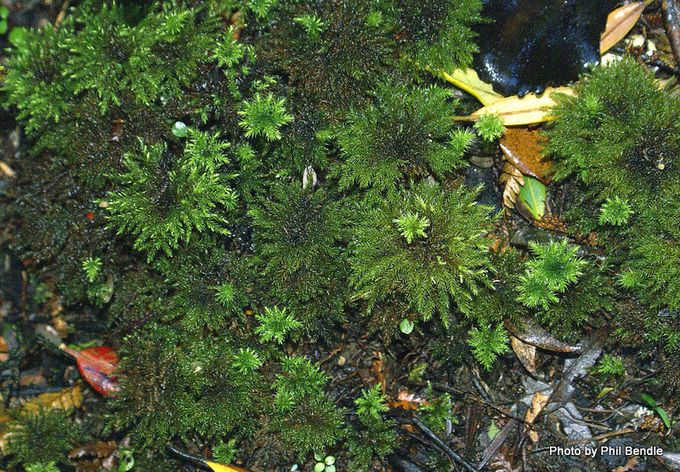