Oxyopes gracilipes is the only spider in the genus Oxypes in New Zealand.
Its a small jumping spider, with males having a body length of 4-5 mm and the females are larger with a body length up to 7mm. The cephalothorax (head and the thorax fused together) yellow-orange with three wide longitudinal brown to black stripes. The dorsal surface of the abdomen is orange with brown to black markings. 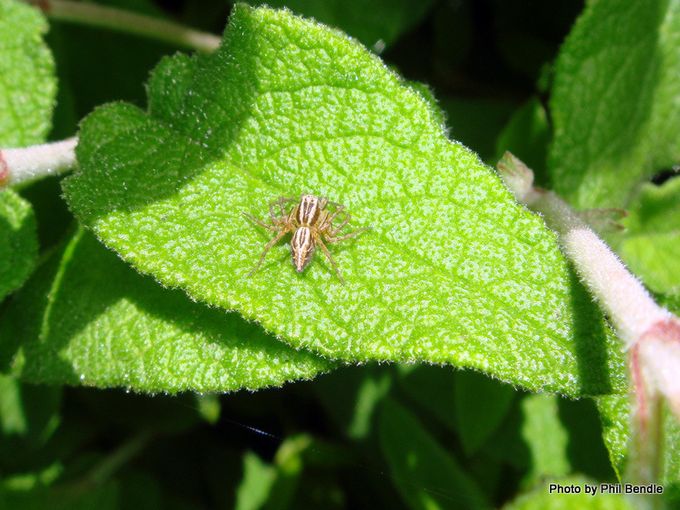 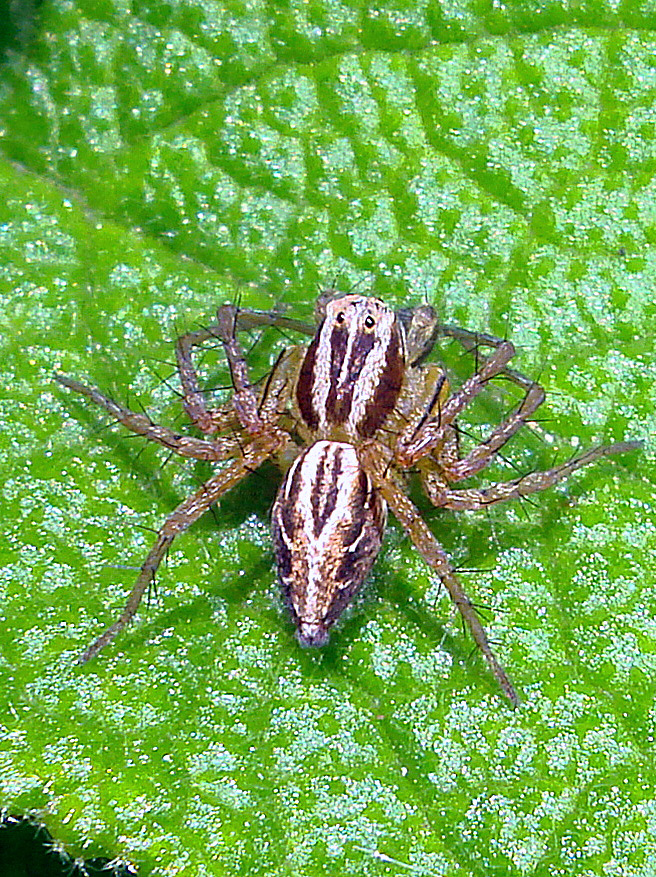 A male Oxyopes gracilipes in a pounce position. Note the large swollen pedipalps. All male spiders have two front appendages known as pedipalps. When the males are sexually mature, they ejaculate onto a sperm-web and suck up the sperm into their pedipalps. These inflate due to fluid pressure (as a state known as "being charged"). During mating, the males transfer sperm to the female from one of their pedipalps, which then will generally deflate. 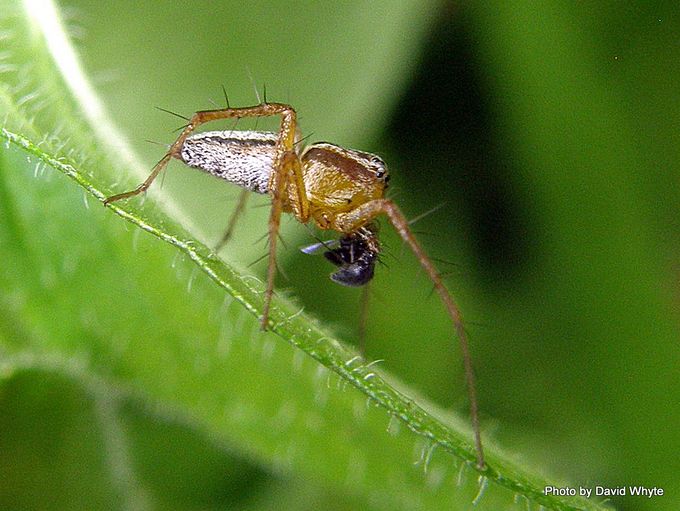