There are two species of freshwater crayfish in New Zealand. Both are endemic. The Northern koura (Paranephrops planifrons) is the smaller of the two species at just 7 cm in length and they are found in the North Island, Nelson, Marlborough and the west coast of the South Island. Northern koura are found from coastal to the subalpine timberline areas in freshwater lakes, streams, rivers and swamps. They have been found in Lake Dive in the Egmont National Park at an elevation of 907 m and at an elevation of 1246 m in the Waimarino Stream on Mt Hauhungatahi in Tongariro National Park.
Southern koura (Paranephrops zealandicus) is slightly larger at 8 cm and is distributed along the eastern side of the South Island and on Stewart Island.

Habitat destruction and predators such as eels, perch, catfish and trout are the major aquatic predators of koura. Other terrestrial predators include rats, kingfishers, shags, scaup, stoats and kiwi. Juvenile koura can be cannibalised by larger koura. Over-harvesting has also caused koura populations to decline. The only disease known to seriously affect koura is "white tail disease" and this is caused by the microsporidian parasite Thelohania contejeani. This parasite causes degeneration of striated muscle in the tail area and this turns the tail a pale white colour and correspondingly leads to death soon after.
Freshwater crayfish have long been a food delicacy for Maori, and are still caught and regarded as a customary food today. Despite both koura species with a listing of 'gradual decline' in the 2012 New Zealand Threat Classification System, a permit for recreational fishing is not needed to take koura. Since 1993 there has been a daily maximum combined bag limit of 50 koura per person, under the Fisheries (Amateur Fishing) Regulations 1986.
However, Taupo Fishery Regulations 2004 prohibit any taking, possession or sale of the genus Paranephrops (koura). Special provisions allow members of the Tuwharetoa tribe to take koura. There is no commercial catch of koura because no person is permitted to sell or trade koura under the Freshwater Fish Farming Regulations 1983. Permits for commercial koura farming have been issued. Farm raised koura are much larger, reaching 12 to 15 cm in length.

Both species of koura have the first pair of legs (chelipeds) that are pincers used for scavenging food and warding off predators or other koura. If one limb is lost the koura will divert energy for overall growth to restoring the lost limb. They have four pairs of well-developed walking legs which are used for most movement. The koura’s pleopods (swimmerets) are small and are of no use for swimming. When alarmed, koura can flick their tail forwards violently to propel themselves backwards at speed.
They can be sexed by looking at their underside: males have a pair of gonads that protrude from the base of the fourth pair of legs, while females have holes at the base of the second pair of legs.
Koura in natural populations is omnivorous scavengers, consuming a variety of foods with animal protein contributing the most to growth. Invertebrates including aquatic snails, chironomids (nonbiting midges) and mayflies are the main food source.
Koura is nocturnal, moving into shallower water at night and into the deeper water column during the day. During daytime, they shelter under rocks, debris and vegetation. They may also excavate burrows or fan-shaped depressions in soft sediments. Koura can bury themselves into mud when ponds or wetlands dry up during a summer drought and emerge when the water returns with the next rain.

Koura like all crustaceans moult their exoskeletons in order to increase in size. During moulting, the carapace (dorsal upper section) becomes soft with calcium being reabsorbed and the remaining outer shell is shed. A new carapace forms underneath where it takes a number of days to harden. Calcium for this new outer shell comes from gastroliths (stomach stones) that line the stomach wall of the koura and these produce around 10%–20% of the calcium needs for exoskeleton production. The gastroliths drop into the koura's foregut where they are broken down to allow the adsorption of calcium. Post moulting the demand for calcium in order to harden the exoskeleton is high and this demand is met in part by the koura eating its discarded exoskeleton. The remaining calcium required to completely harden the exoskeleton is achieved by absorption from the water.

The female carries between 20–200 eggs under the side flaps of her abdomen. This state is called 'in berry'. Eggs are produced from April until December, but mainly during May and June. They take 3–4 months to hatch. Once hatched juvenile koura cling to their mother’s abdomen using their pincers until they have reached a length of 4–10 millimetres. At this stage they resemble adult koura in appearance, having undergone two moults. Koura are slow growing, with infants taking four years to reach a length of 2 cm when they are first considered adults. As the young crayfish matures, it outgrows the shell, which must be discarded. There may be up to 9 moults in the first year, reducing to one during the fourth year of life. Koura is more vulnerable to predators while a new shell grows. 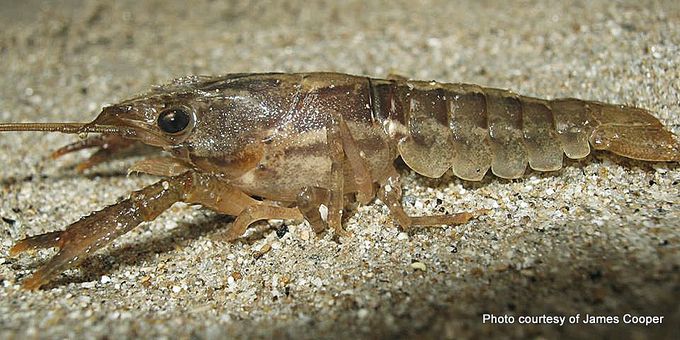 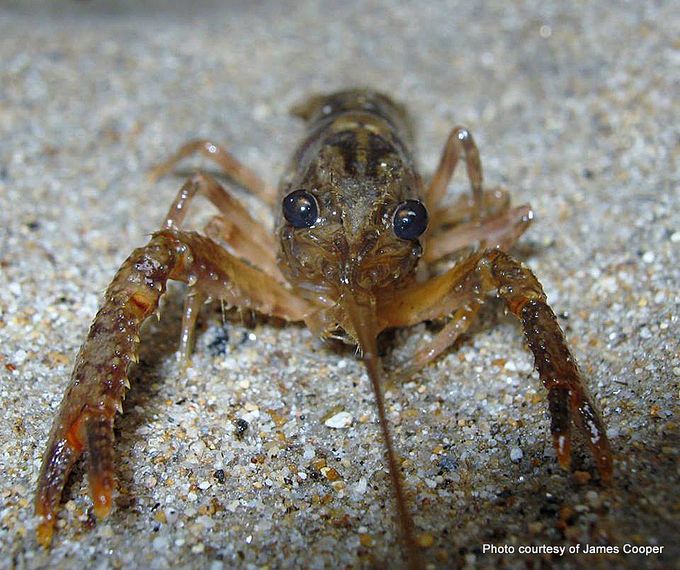 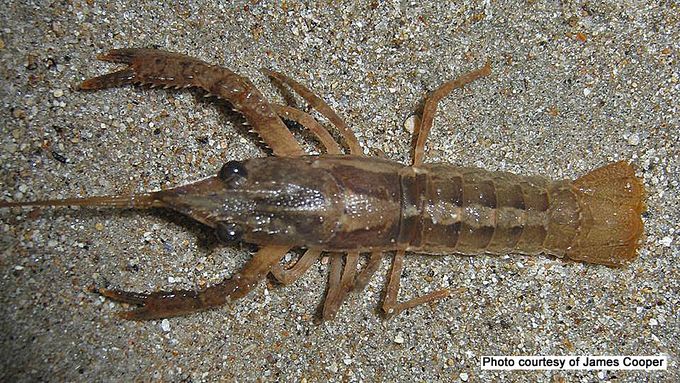 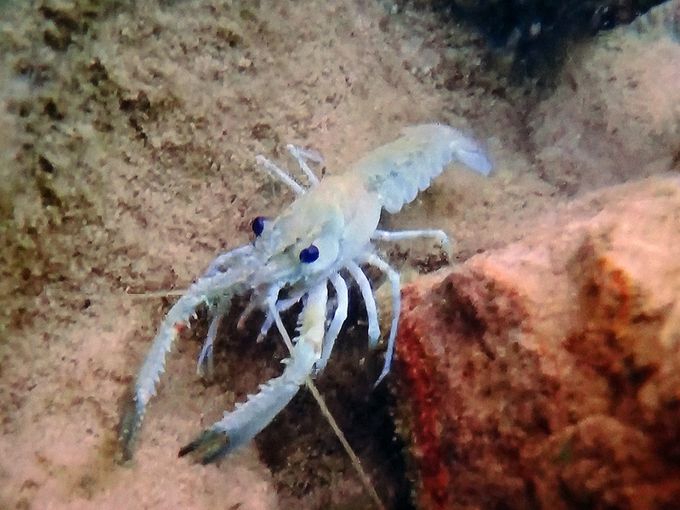