Leptostomum macrocarpon is one of a monotypic family of eight species of mosses. The family Leptostomaceae is Gondwanaland in origin and is distributed from the southern tip of South America to New Zealand and Australia northward through New Guinea, the Celebes and Java to Sri Lanka.
It is found growing on branches of trees usually at the edge of clearings. Its common name 'Pincushion moss' is because its sporophytes look like pins.

Photos below was taken of a clump growing in Merrilands Domain, New Plymouth, Taranaki. 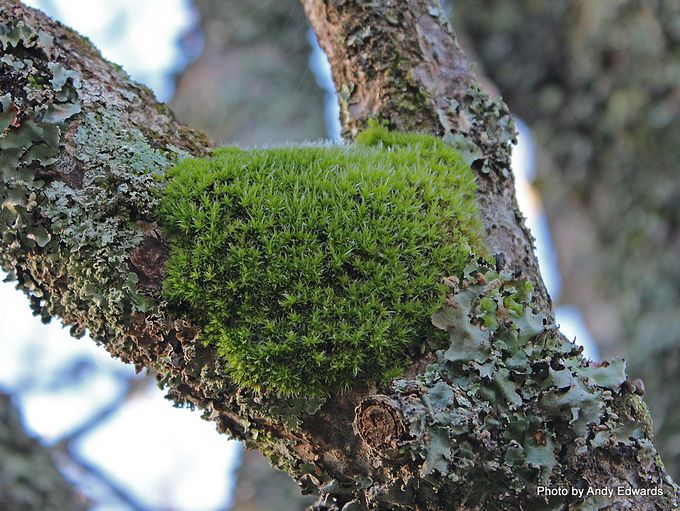 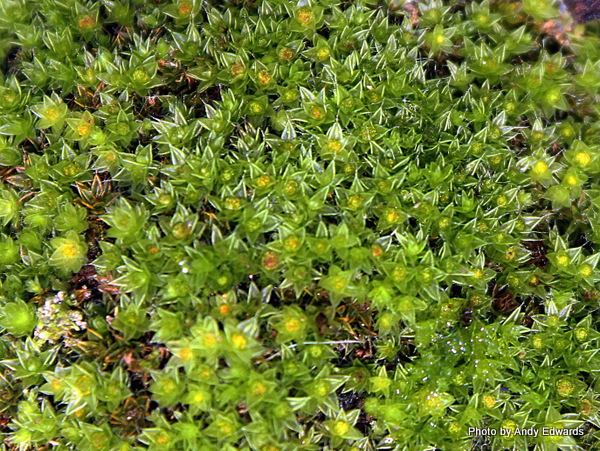