Lampides boeticus was first observed in New Zealand in 1965. It is self-introduced so is considered native, and is also found in Europe, Africa, South and Southeast Asia, Australia and islands of the Pacific, including Hawaii.

Lampides boeticus belongs to the lycaenids or gossamer-winged family. The wingspan is 24–32 mm for males and 24–34 mm for females. The adults are dimorphic: the males and females being different. The tops of the wings of the males are blue, whereas those of the females are blue with wide dark brown edges. Underneath, they both have a brown and white pattern. They both have a little tail on each hind wing, with a pair of small black eye-spots beside each tail. Presumably, the pair of eye-spots and tails (fake antennae) is useful for confusing predators about which end of the animal is which.

The larvae feed on flowers, seeds and pods of many Fabaceae species such as various pea plants, broom etc. The white toroidal eggs (about 0.2 mm. across) are laid singly in unopened flower buds and when the larva hatches as a slug-like caterpillar it eats much of the flower. They pupate in a flower so that when the flower dies, shrivels, and falls to the ground, the pupa falls with it. The pupation period can be about a fortnight, or a year, even for caterpillars that pupated at the same time! 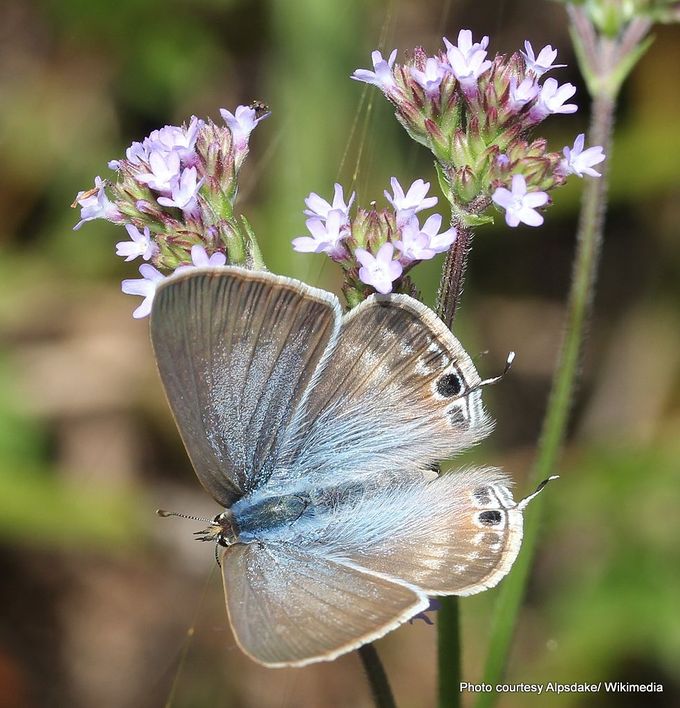 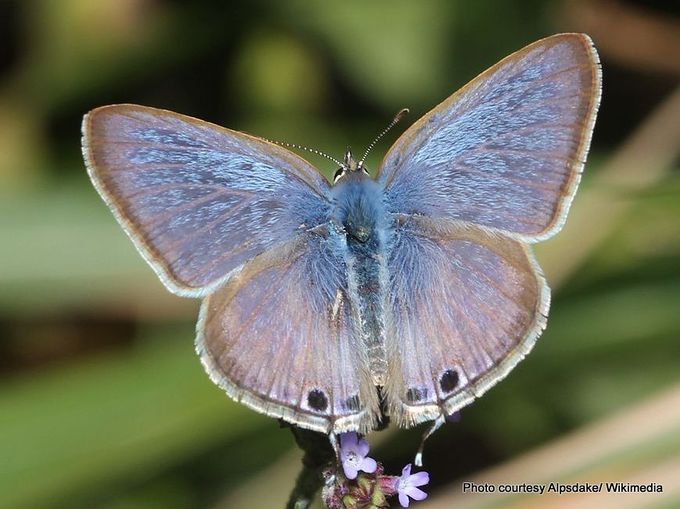