Lycopodiella lateralis is a member of the genus Lycopodiella which are commonly called bog clubmosses, describing their wetland habitats such as coastal to montane in peat bogs, gumlands and other open, poorly drained shrublands.
It is indigenous to the North, South and Chatham Islands of New Zealand. It is also found in Australia and New Caledonia. It is common from Te Paki (the northernmost tip of the North Island) to the Waikato otherwise it is scarce in the North Island. It is present on Mt Egmont/Taranaki at an elevation of approx 1000 metres). In the South Island known from North-West Nelson to Westport. It common on Rekohu (Chatham Island) but scarce on Rangiauria (Pitt Island). 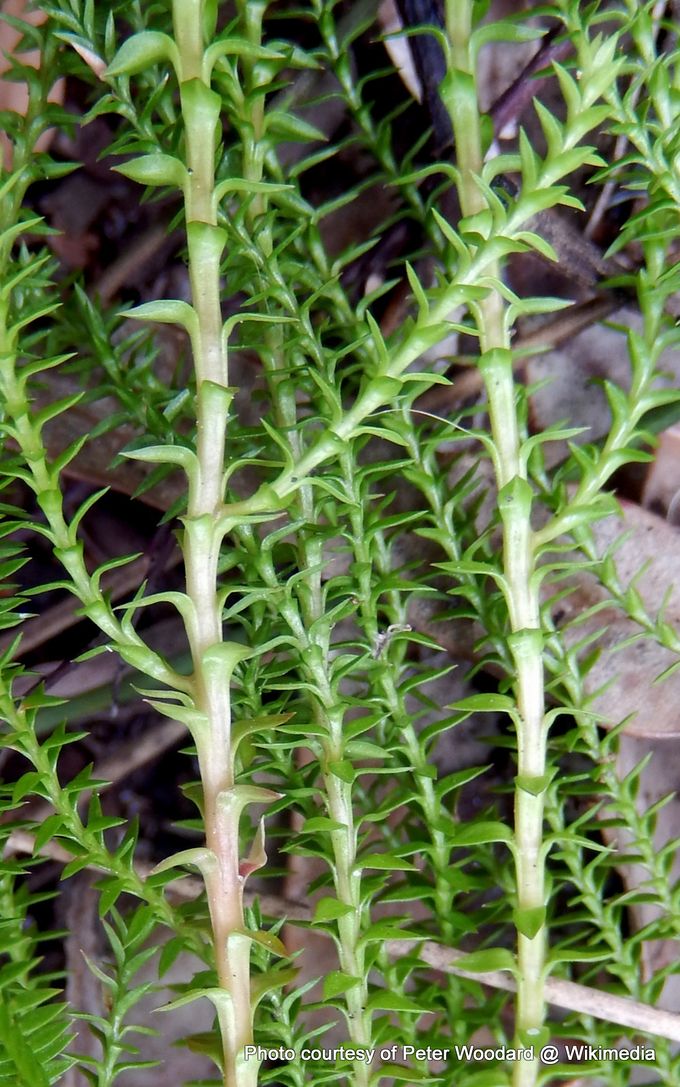