Lycopodium volubile is rambling, creeping or climbing species of club moss. It is indigenous to the Kermadecs (Raoul Island), Three Kings, North, South, Stewart, and the Chatham Islands. Also found in south-east Asia, New Guinea, New Caledonia and Queensland (one record).
Its habitat is bush margins and disturbed ground such as roadside cuttings. It has a creeping habit and will climb up vegetation.
It has branched, wiry stems up to 5 m in length. The yellowish-green leaves were generally small (0.1–0.2 cm) and they varied in shape from sickle-shaped, ovate-lanceolate (lance-shaped) to a tapered shape. The sterile leaves could be larger (up to 0.5 cm), flattened and tending to curl downwards. The branches terminated in immature cones. The mature cones hung loosely in large clusters, and are up to 8 cm long.
Lycopodium volubile reproduce asexually by spores. The plant has an underground sexual phase that produces gametes, and this alternates in the life cycle with the spore-producing plant. The prothallium developed from the spore is a subterranean mass of tissue of considerable size and bears both the male and female organs (antheridium and archegonia). However, it is more common that they are distributed vegetatively through above or below ground rhizomes.
The Maoris used Lycopodium volubile to make female head-dresses and mourning wreaths. 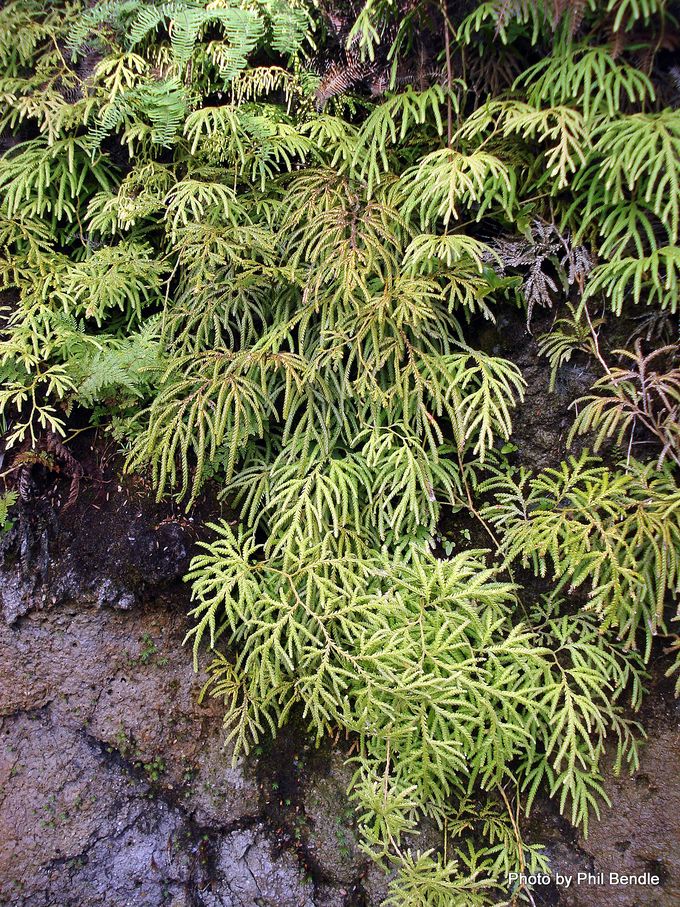 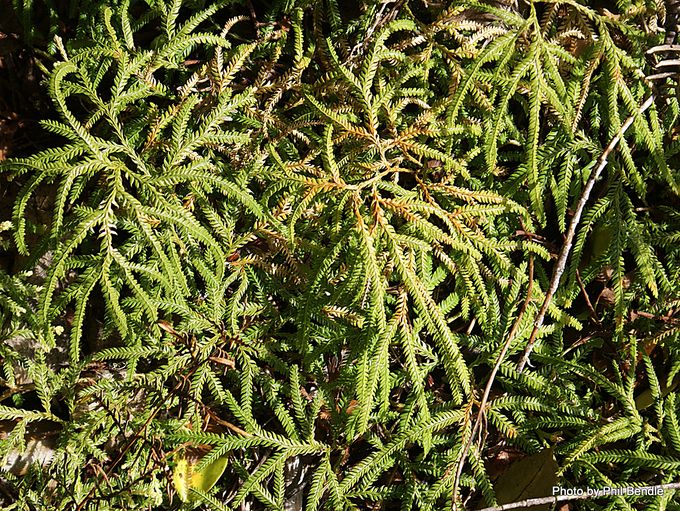 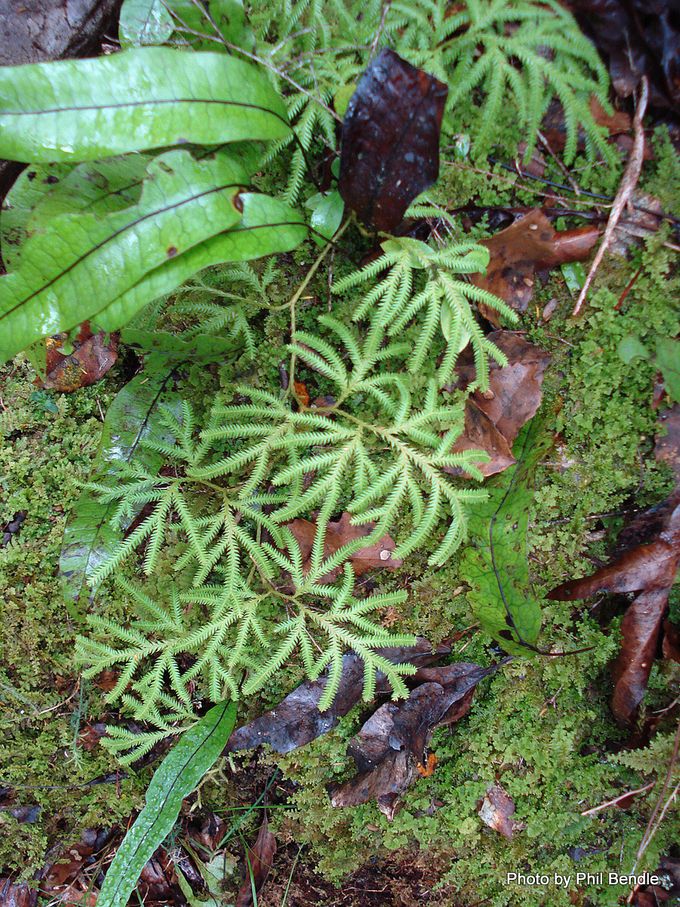 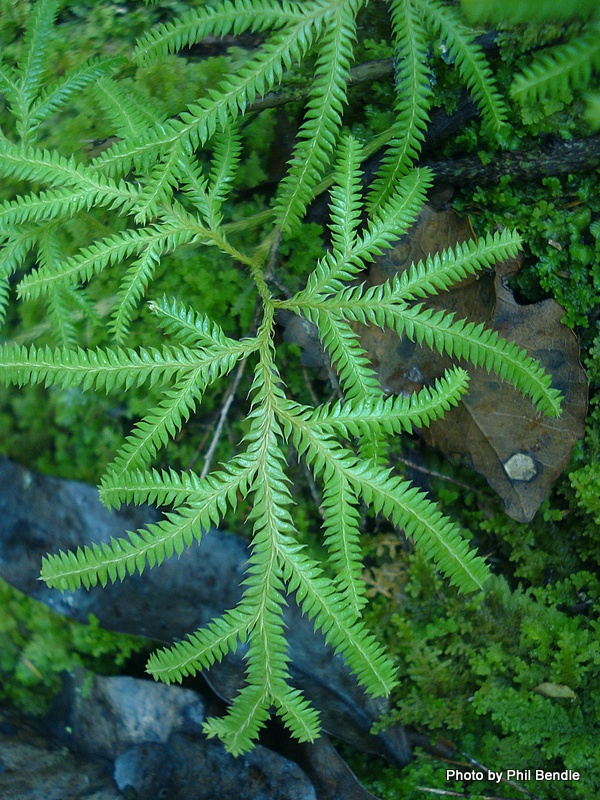 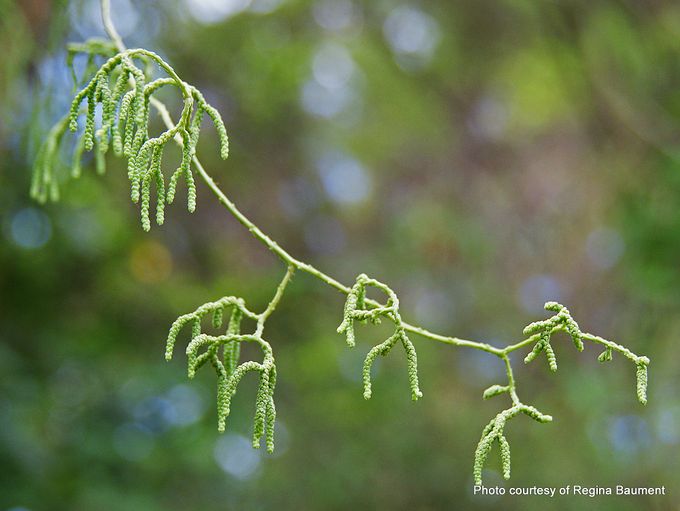