Marchantia berteroana is in the complex thalloid group of liverworts. A liverwort is a small leafless, flowerless, spore-producing plant. They are the oldest living land plants.

Marchantia berteroana thallus (plant body) is a flattened structure. It can is a yellow-green to green or reddish-brown, 600–900 µm thick, with branches up to 20 mm long and about 12 mm wide with wavy margins. The thallus is attached to its substrate by rhizoids.
It is dioicous (male and female sex organs are formed on separate plants).
The male gametangi (sex organs) are called antheridia and are stalked disk-like structures (>10 mm wide) that produce two-tailed sperm.
The female gametangia, called archegonia, are stalked umbrella-like structures (>10 mm wide) called carpocephalum. It produces eggs. This sporophytic phase begins in the spring and continues through the summer months. 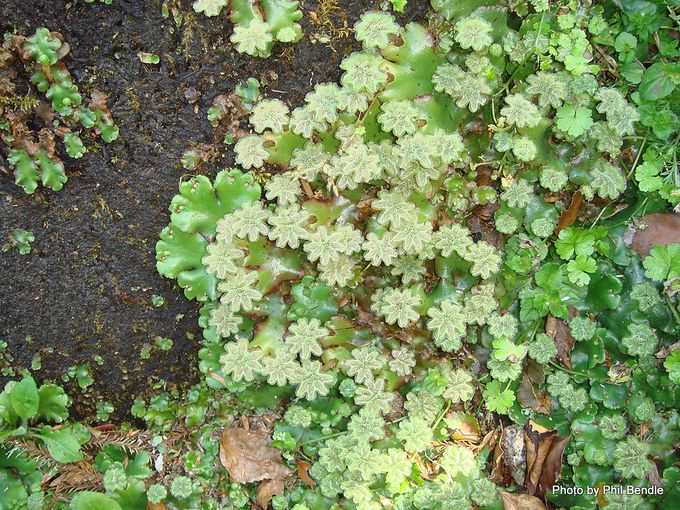 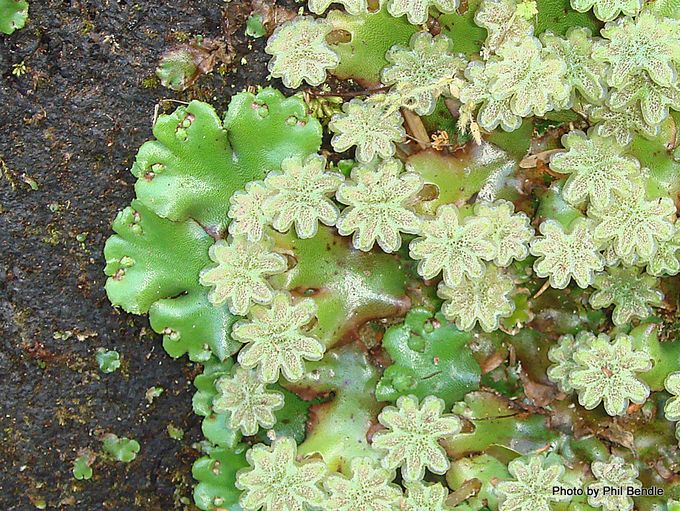 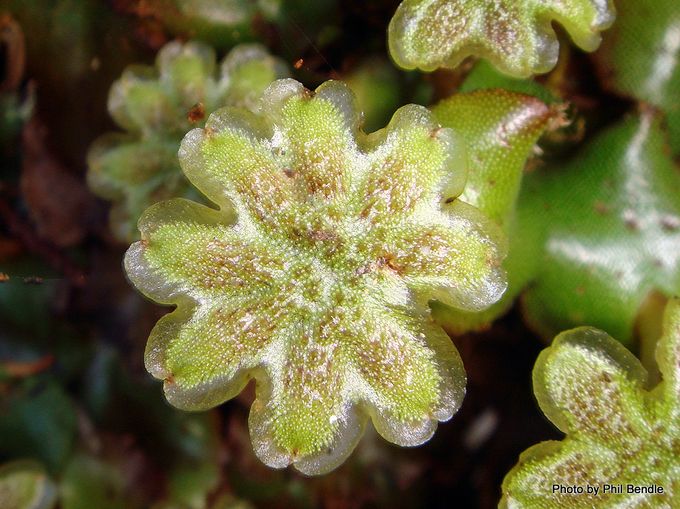 A species of Marchantia showing the female's archegonium. 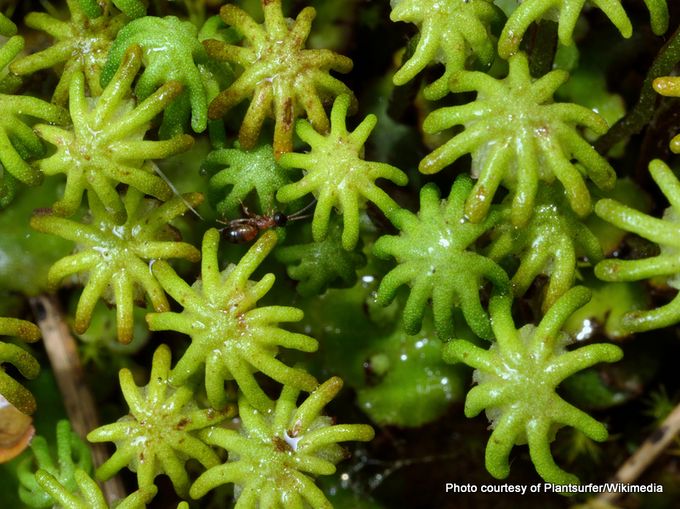 A photo showing Marchantia species with round cups, and Lunularia species with crescent cups. Both containing gemmae in their gemma cups. Gemmae dislodged by rain are visible at the bottom of the image. 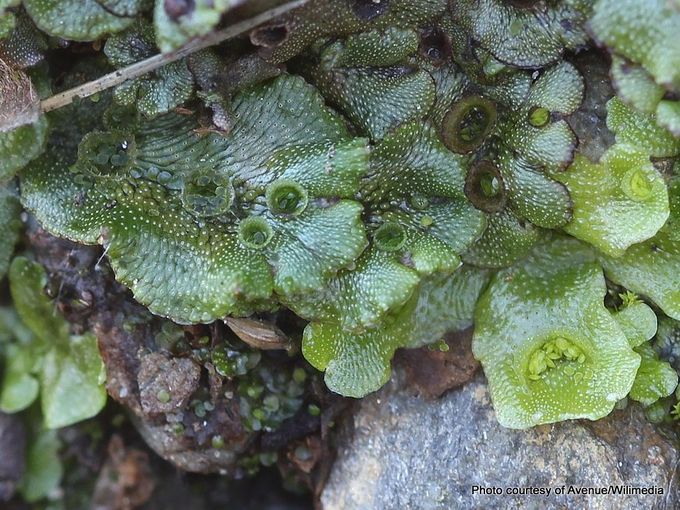