Mites are among the smallest of the arthropods, the group that includes crustaceans, insects, mites and spiders and others). According to Walter & Proctor (1999) the highest diversity of mites occurs in soil and decaying organic matter – apparently, a handful of forest soil can contain as many as 100 different species (and many thousands of individuals). Mites can be predators, detritivores (detritus feeders), herbivores, and parasites. Generally speaking, most mites found in a compost heap (or worm bin) are relatively harmless, simply feeding on decaying organic matter.

The common mite in a worm farm bin is the reddish brown slow moving mite. They are attracted to water-rich vegetables and fruit. These mites won’t cause your worms any harm other than potential competition for food. These mites can be a problem if you find your worm population depleting. You can remove them by putting in food overnight that the mites are attracted to (like watermelon rind) then remove the next morning with the mites attached and wash them off. Repeat the process until you are satisfied with the result.
When the mite population is too high the worms will burrow deep into the beds and not come to the surface to feed, which hampers worm reproduction and growth.

Mites on an old avocado. 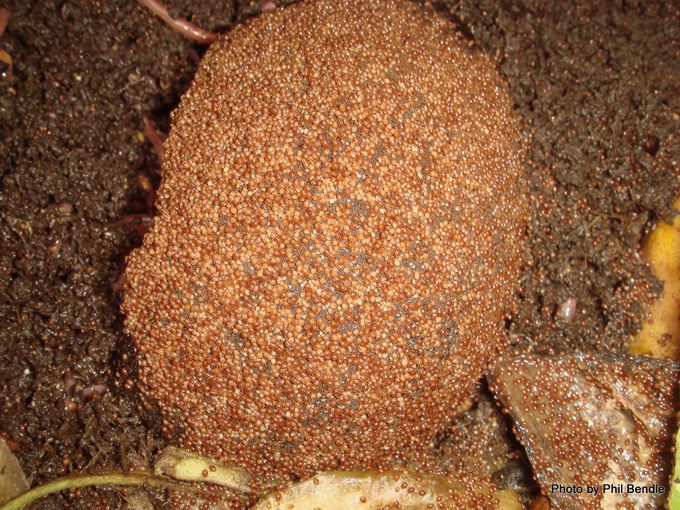 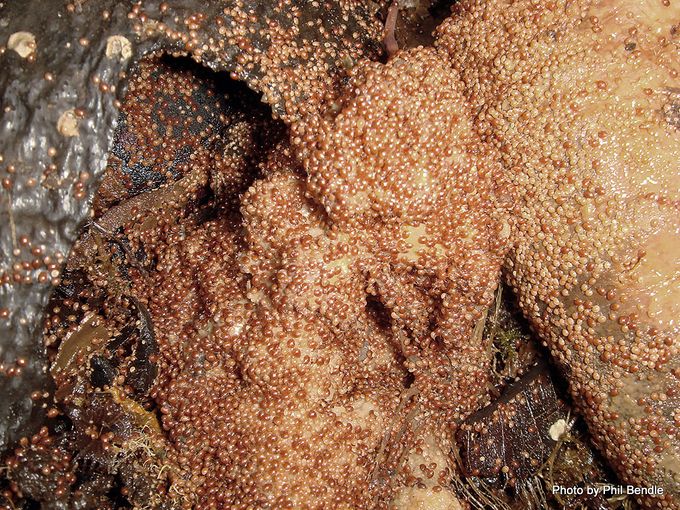 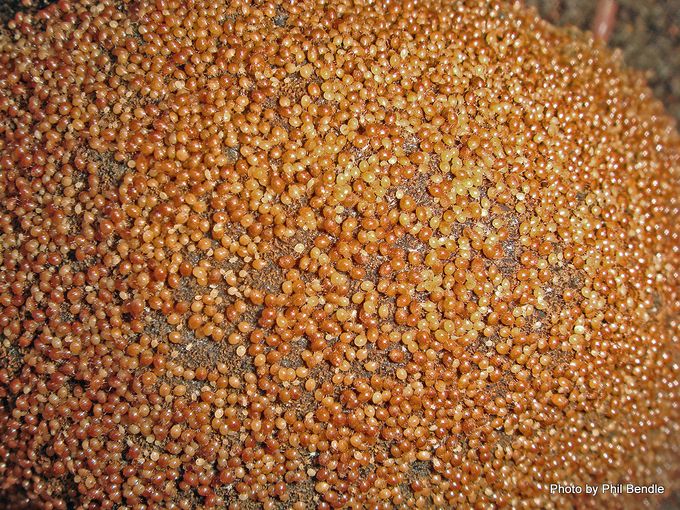 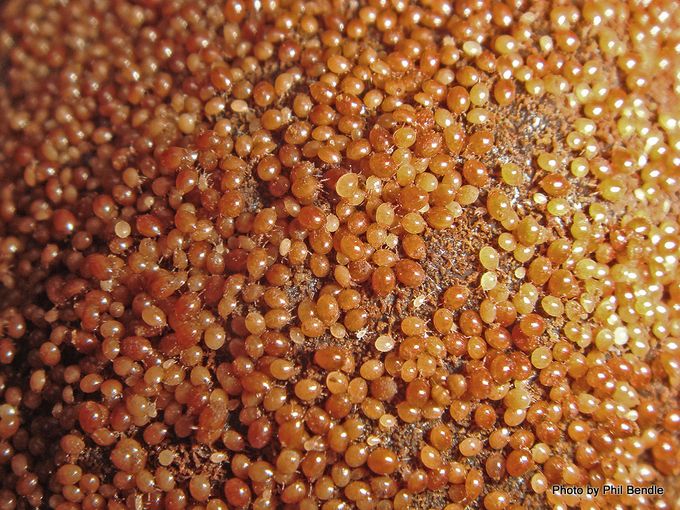 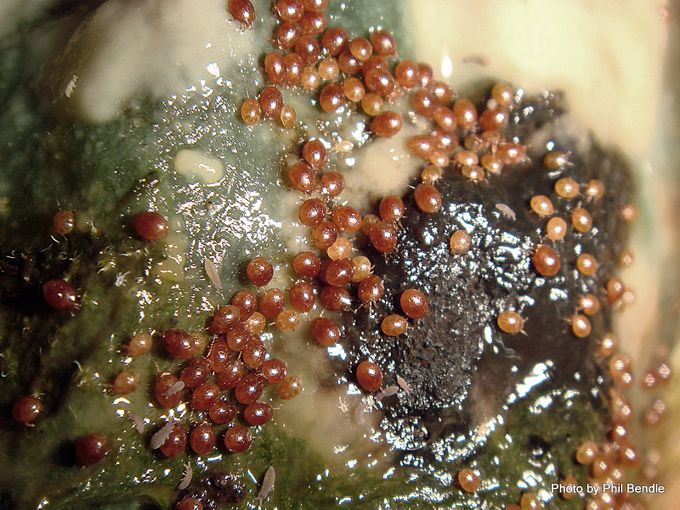