Ochlerotatus notoscriptus is a mosquito that is native to the tropical and subtropical areas of Southeast Asia. It has invaded many countries throughout the world through the transport of goods and increasing international travel. It was first collected in Auckland in 1916. It is now found throughout the North Island and is present only in Nelson, Marlborough and Christchurch in the South Island.
This mosquito is a nuisance biting species because the females bite frequently during the day in shaded areas but it also feeds during the evening, through the night and early morning. (unlike other established mosquitos that bite at dawn and dusk). This species will breed in any container water in it. They can be natural containers e.g.tree holes and rock pools. Common man-made containers are bird baths, pot plant saucers, old jars and even blocked roof gutters.

Ochlerotatus notoscriptus has no natural vector status in New Zealand as yet. In southeastern Australia, it is the major domestic pest species and has been incriminated as an important vector of dog heartworm, a filaroid which is not present in New Zealand.

The female mosquito is the one that bites (males feed on flower nectar). She requires blood to produce eggs. Her mouthparts are constructed so that they pierce the skin, literally sucking the blood out. Her saliva lubricates the opening.  It’s the saliva plus the injury to the skin that creates the stinging and irritation we associate with mosquito bites.
The female Ochlerotatus notoscriptus is a smallish to mid-sized dark species with conspicuous pale markings and banded legs; proboscis with median white band; scutum with narrow dark scales and with silvery (sometimes golden) scales forming conspicuous 'lyre' shaped pattern of curved laterals, a long central and short sub-lateral lines; wings all dark scaled; hind leg femur and tibia with pale stripe, tarsi banded and the last segment may be all white; abdominal tergites dark with basal patches or constricted bands separated from lateral patches, sternites mostly pale scaled from base but terminal segments may be predominantly dark.
The non-biting male mosquito has large, hairy antennae and long palps.

Breeding
A female mosquito after she has feed on blood (animals, birds or humans) she lays her eggs on still, stagnant water. After a week the eggs hatch into larvae called "wigglers." They have the appearance of a small hairy worm, less than 6 mm long. They have a hard round head, a soft body, an abdomen with 10 segments and a syphon tube at the tip of its abdomen. The larvae stay underwater up to 14 days, depending on the water temperature. Mosquito larvae come to the surface to breathe through a syphon tube (snorkel) that they poke through the water surface.
The larvae eat algae, plankton, fungi and other microorganisms in the water. They have tiny fan-like brushes that filter small food particles toward their mouths.
Mosquito larvae moult four times growing larger after each moult.
After they moult for the fourth time they pupate. At this stage, they are called “tumblers” and float near the water's surface. They do not eat or moult. After about 4 days the nymphs emerge from their pupal cases. The adult mosquito rests on the water's surface until its body and wings dry and harden. At that time the adult mosquito can fly. Adult mosquitoes live for only a few weeks.
The entire lifecycle of a mosquito is about a month.

A photo of Ochlerotatus notoscriptus nymphs found in a small garden bird bath. 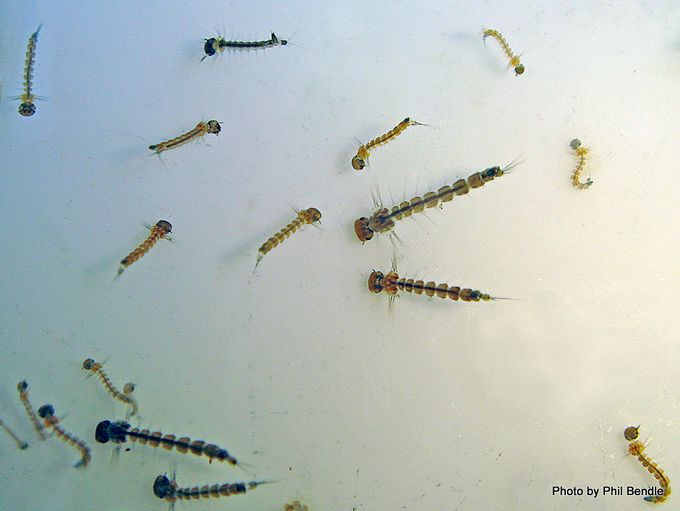 A female feeding.February in New Plymouth 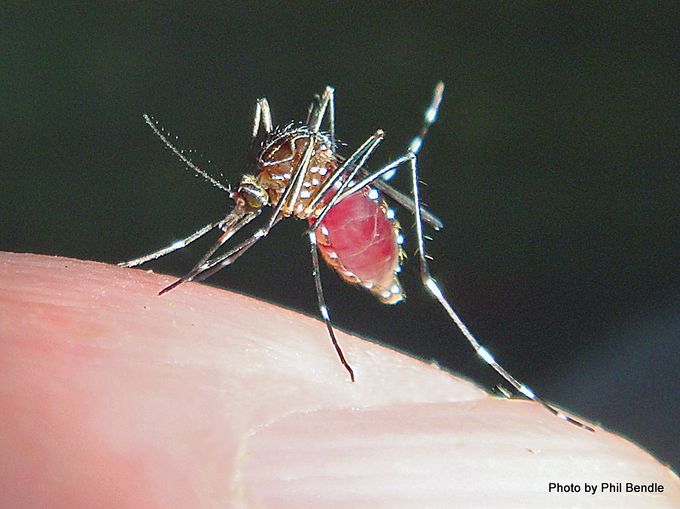 Note the distinctive lyre-shaped pattern on the thorax 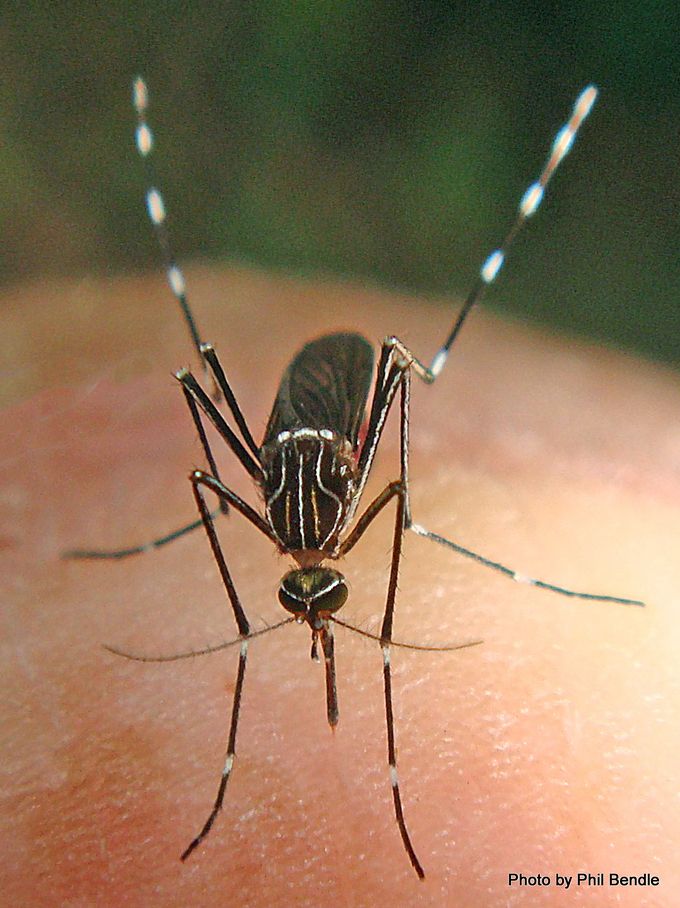 Map showing areas where this species has been reported. 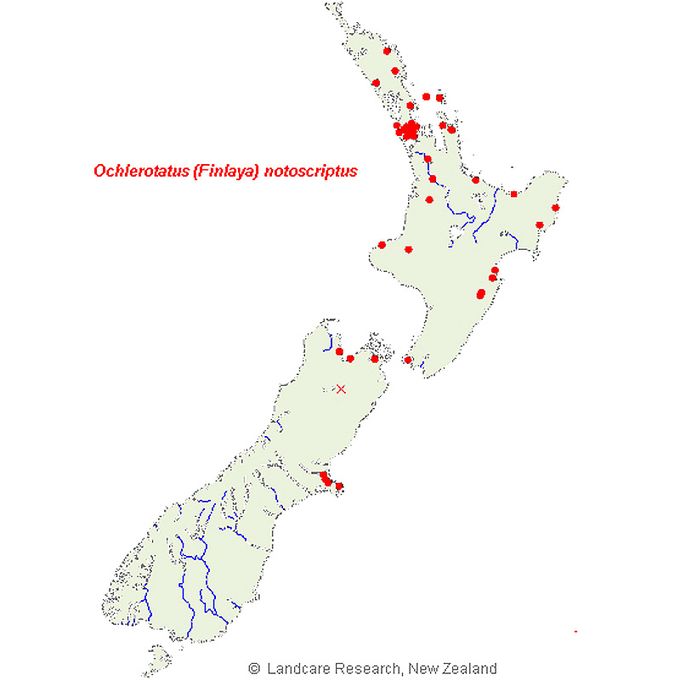