Leucauge granulate is a small spider (body length: female 11 mm & male 8 mm) found in Australia and New Zealand. In biology, granulata means having a roughened surface, probably referring to the somewhat blistered looking abdomen.
They make horizontal or slanted and sometimes vertical orb webs. Because of their long legs, they can build webs without stabilimentum (a form web decoration) and with wide spaces between the radii. The webs are found in spaces between garden shrubs and plants and if possible near fresh water, such as a creek or pond. The webs trap those flying insects that are landing or ascending on or from plants or the water surface. It feeds on a variety of small insects such as moths, bugs, flies and beetles.
The spider rests under the centre of the web with its underside facing upwards and it’s back facing the ground. From the bottom of the web the preys see the silver colour that mimics the sky and from the top, the prey sees dark green-yellow patterns which mimic the plants below.
They are an extremely fast spider and have a defensive response that of dropping rapidly down from their launching position when disturbed.
L. granulate spiders have bright silver oval-shaped abdomens with black patterns. Their long legs and head are yellowish green to dark green in colour. The body and leg shapes and the silver, black and yellow markings of Leucauge females make identification of the genus relatively easy. The femurs curves of the fourth pair of legs have two long lines of long hairs and this is one of the clues to the species identification.
They are harmless to humans.

A Leucauge granulata hanging in its web in ambush mode. 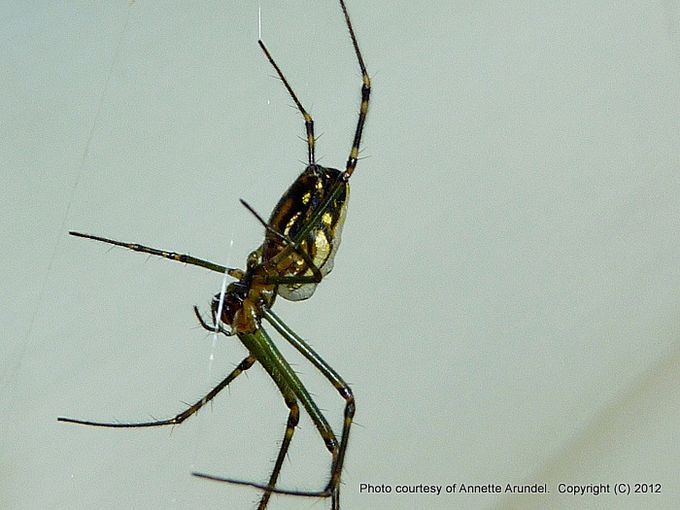 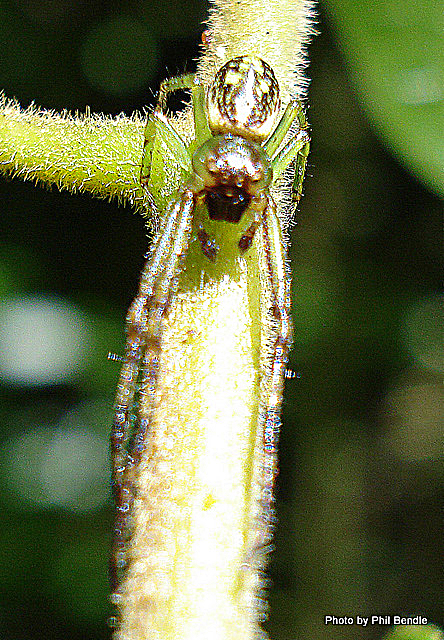 Photo showing the underside of the spider. 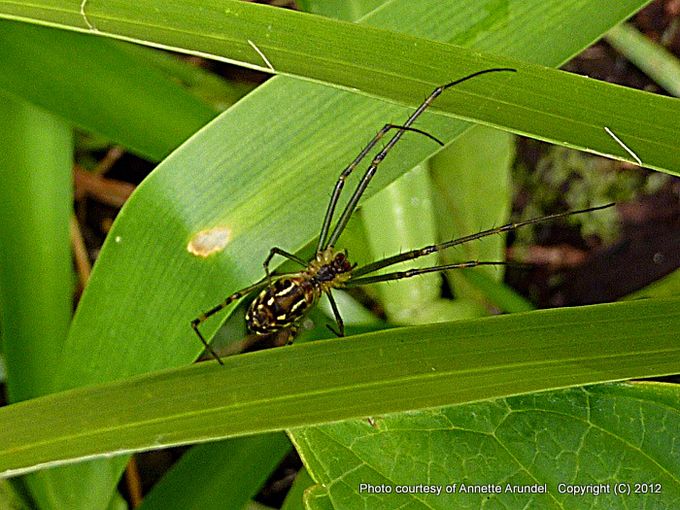