Zealaranea crassa a small widespread New Zealand species of orbweb spider with a body length of about 7mm. It is generally found in flowers, hedges, gorse, or manuka. It is a greyish brown colour with a prominent extremely variable white band across the front of the abdomen. The white band can be sometimes being two large white spots or a pattern of dots, crescent-shaped patches, or bands. The web is typical of orb webs with closely spaced spirals. 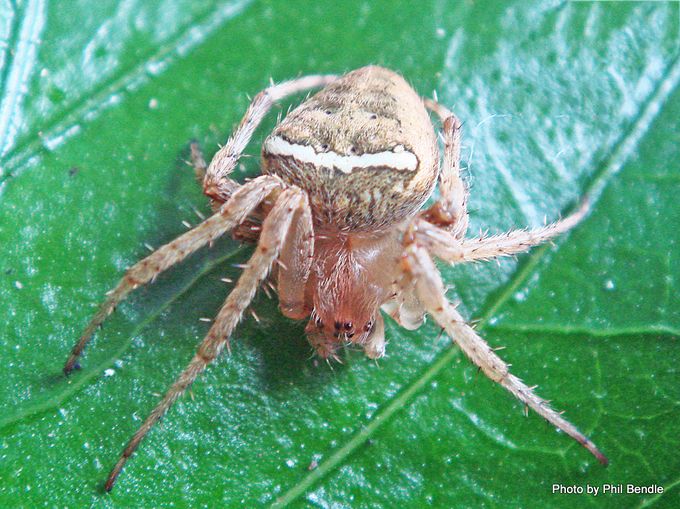 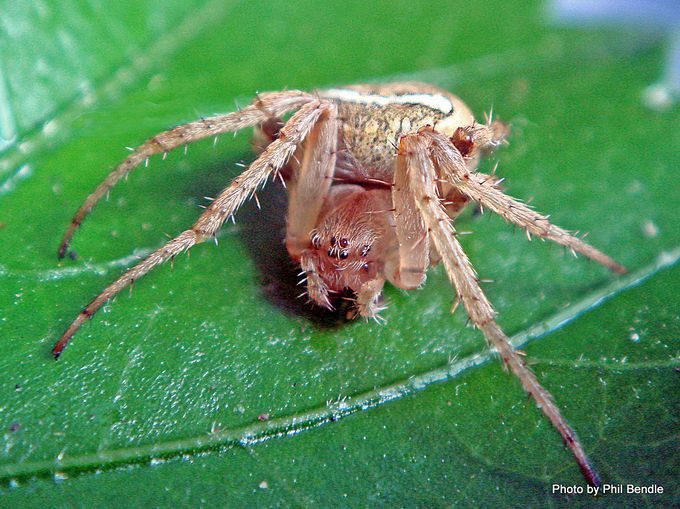 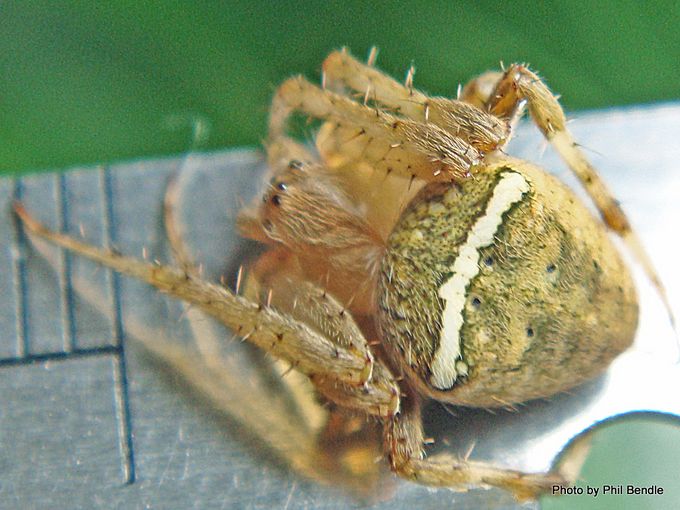 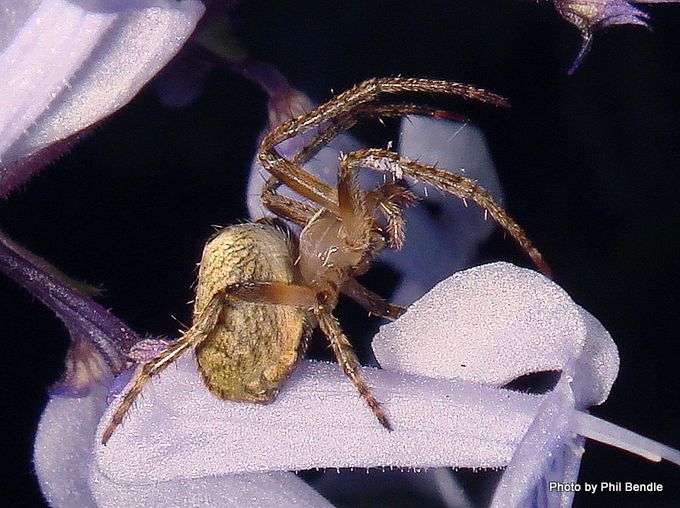 The underside of a spider. 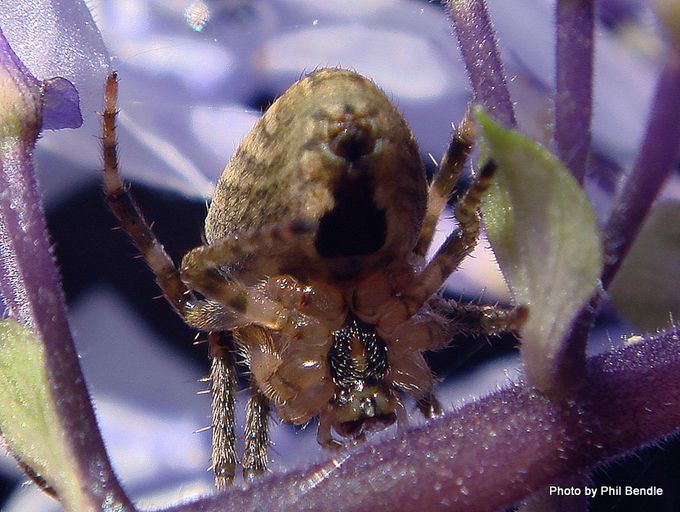 Zealaranea crassa is variable species of spider whose patterns and colours can differ. Below are some examples. 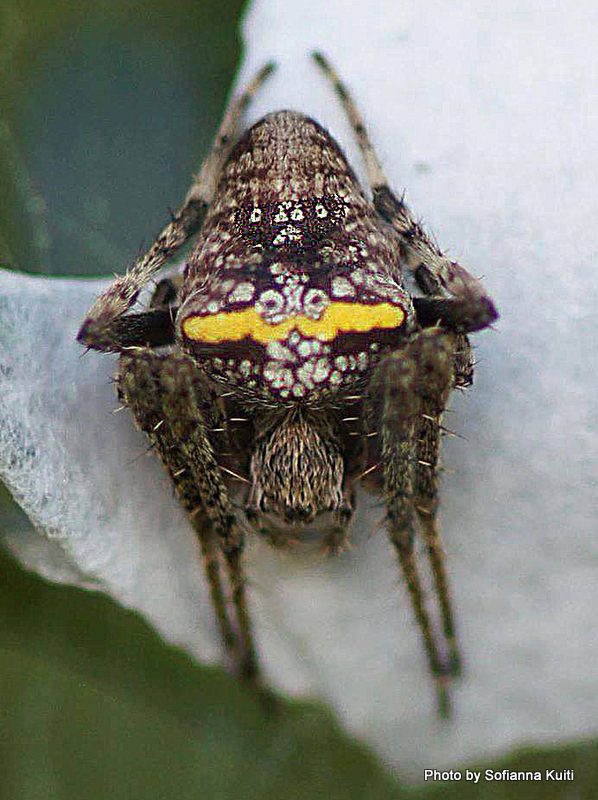 On some Zealaranea crassa, the white band can sometimes be two large white spots 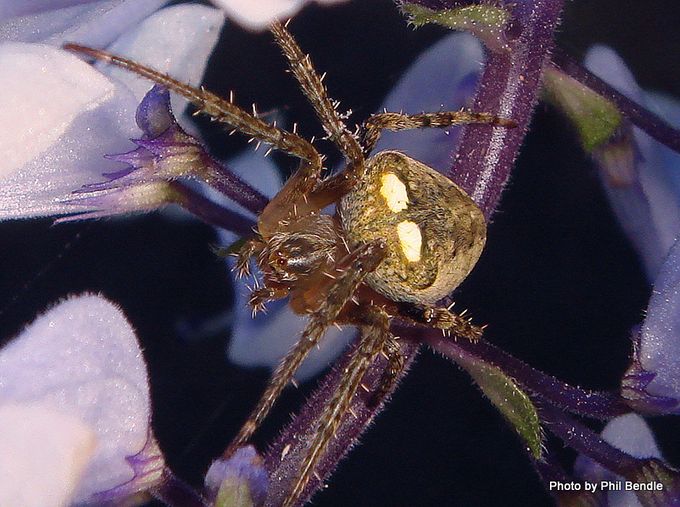 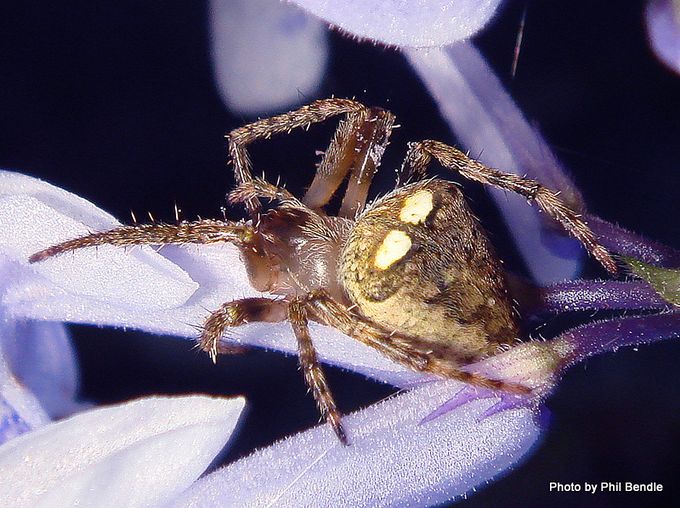 Another variation with white body markings. 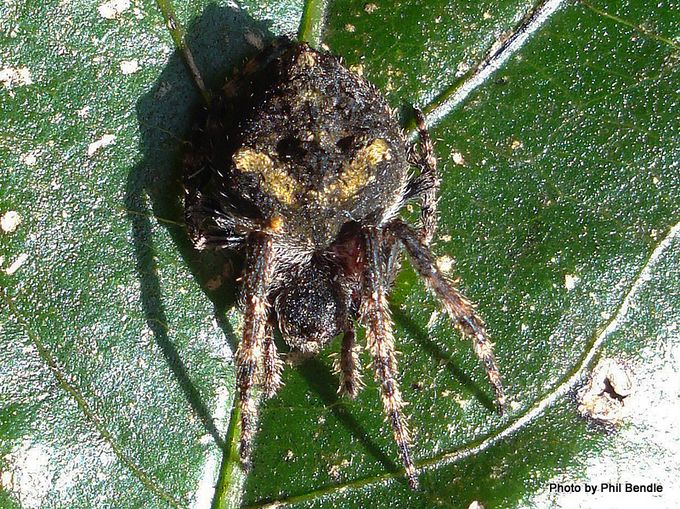