Parmelia is a large genus of lichenized fungus with a global distribution, extending from the Arctic to the Antarctic continent but concentrated in temperate regions. 125 species have been recorded on the Indian sub-continent. Depending on whether the
circumscription of the genus is considered in the narrow sense (sensu strico) or the broad sense (sensu lato), there are between 50 to 1322 species worldwide. It is a foliaceous lichen, resembling a leaf in shape.
In general, Parmelia have a dark lower side with rhizines ('rootlets') which attach the lichen to its substrate

Parmelia species on a rock exposed to the sun 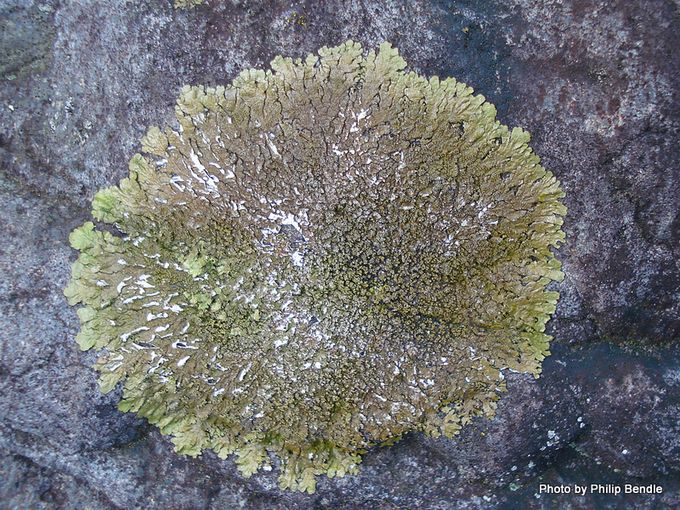 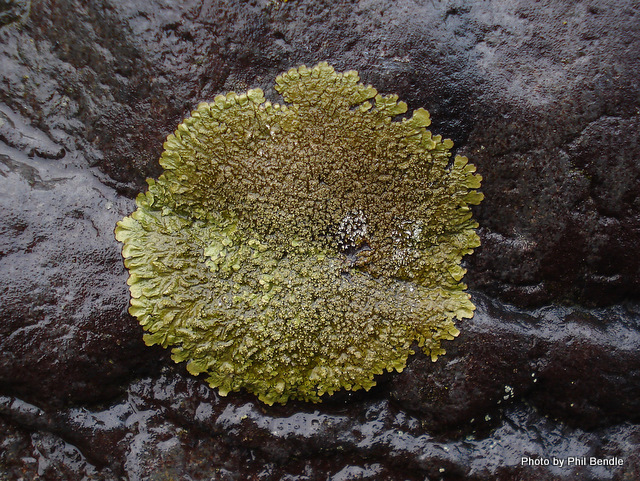 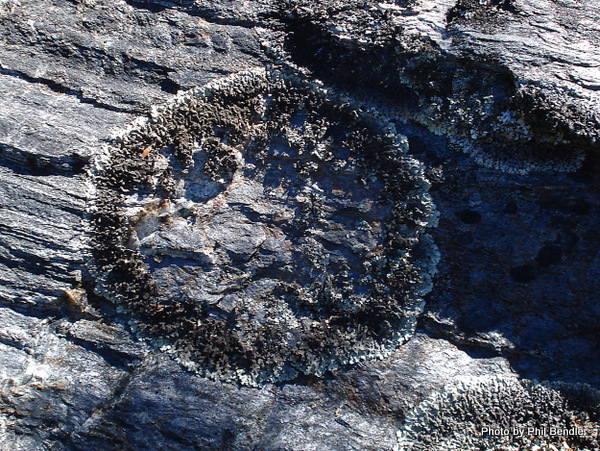