The redback spider (Latrodectus hasseltii) is a species of venomous spider indigenous to Australia. It is a member of the cosmopolitan genus Latrodectus, the widow spiders. The adult female is easily recognised by her spherical black body with a prominent red stripe on the upper side of her abdomen and an hourglass-shaped red/orange streak on the underside. Females have a body length of about 10 millimetres, while the male is much smaller, being only 3–4 mm long. It is mainly nocturnal and the female redback lives in a web consisting of a tangled, funnel-like upper retreat area from which vertical, sticky catching threads run to ground attachments. They are found in warm dry sheltered locations such as among rocks, in logs, shrubs, junk-piles, sheds, or toilets.It preys on insects, spiders and small vertebrates that become ensnared in its web.

The redback has a nasty bite, and a small number of deaths had been recorded in Australia before the introduction of a specific antivenom. The venom's principal active component is a protein, alpha-latrotoxin and gives rise to the syndrome of latrodectism (an illness caused by the bite of Latrodectus spiders) in humans. Redbacks will only bite when disturbed or trapped in clothing, and bites are rare. The bite feels like a sharp pain similar to a pinprick and then becomes severe and progresses up the bitten limb and persists for over 24 hours. Sweating in localised patches of skin occasionally occurs and is highly indicative of latrodectism. Generalised symptoms of nausea, vomiting, headache, and agitation may also occur and indicate severe poisoning. An antivenom is available in New Zealand.

New Zealand's Health Department advice is: If you suspect you have been bitten by a katipo or redback spider you need to seek urgent medical attention at your nearest hospital, medical centre or doctor. Even if you do not immediately experience symptoms beyond the ‘pin prick’ of the bite you still need medical advice.

DO:          Clean the wound with antiseptic or warm soapy water,
Place ice on the bite (not directly onto the skin) prior to travelling.

DO NOT:  Apply pressure to the wound,
Consume alcohol after being bitten.
Do not panic as serious reactions are uncommon and unlikely to develop in less than three hours. Hospitals can provide safe and effective treatment. Venom is not always introduced with the bite. If it is, most reactions to the venom are moderate. 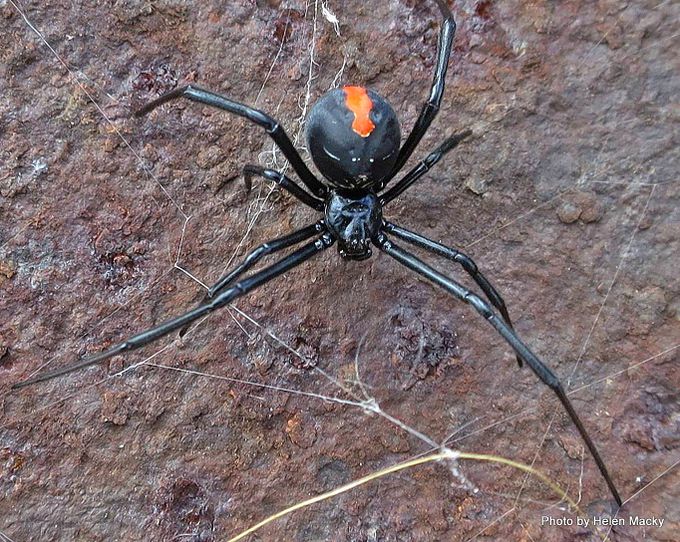 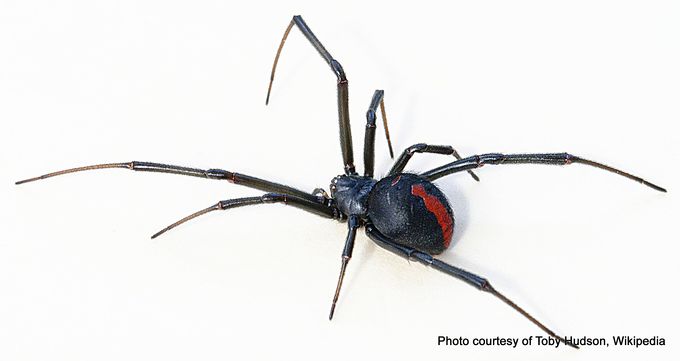 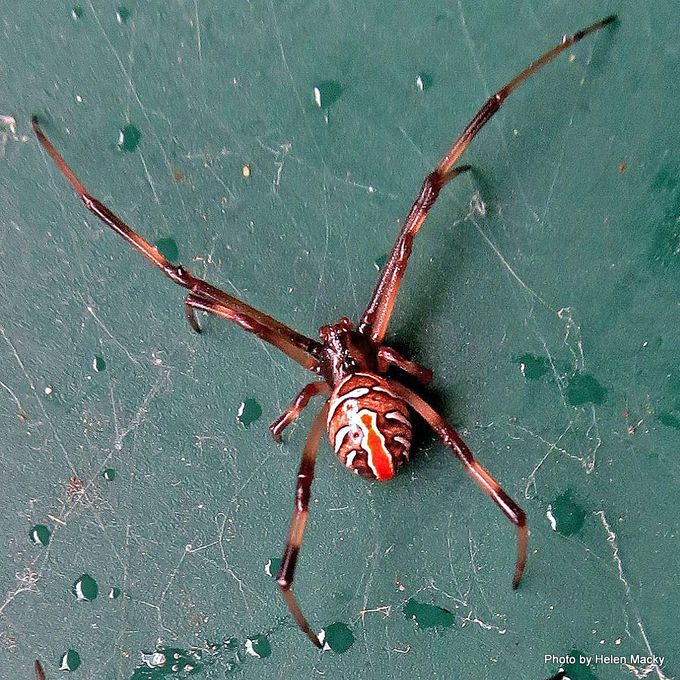 A female spider with her egg sacs. There is a woodlouse (Porcellio scaber) in the photo.top right 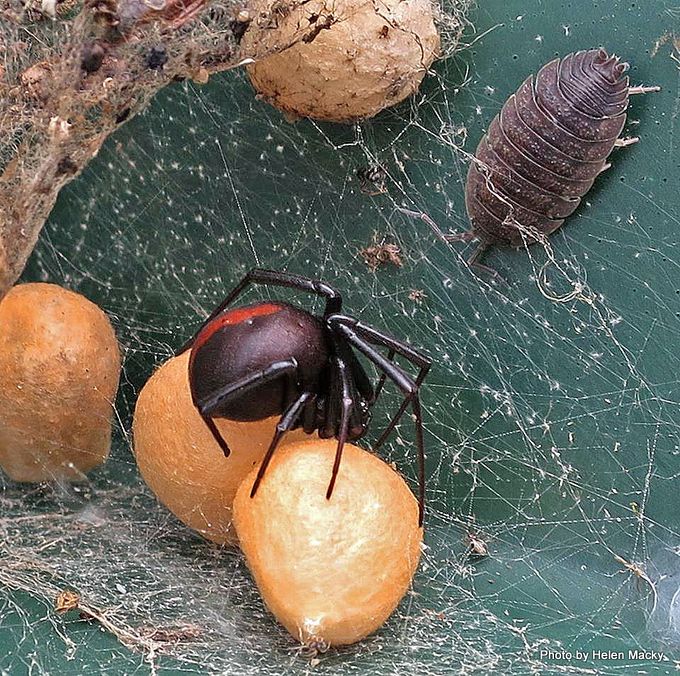