Rusavskia elegans is a lichenised species of fungus in the genus Xanthoria, family Teloschistaceae. Recognized by its bright orange or red pigmentation, this species grows on rocks and has adapted successfully to growth on man-made surfaces from the sea-water spray zone to the boreal forest and in the grasslands of the continental interiors. It can thrive in areas having less than 6 centimetres annual precipitation and can survive submerged in streams for much of the growing season.
Rusavskia elegans has an extremely broad circumpolar and alpine distribution and is found on all continents.

It was one of the first lichens to be used for the rock-face dating method known as lichenometry. A technique of estimating the age of rock faces by measuring the diameter of the lichen thalli growing on them. After an initial period of one or two decades to establish growth (the ecesis interval), R. elegans grows at a rate of 0.5 mm per year for the first century, before slowing down somewhat. 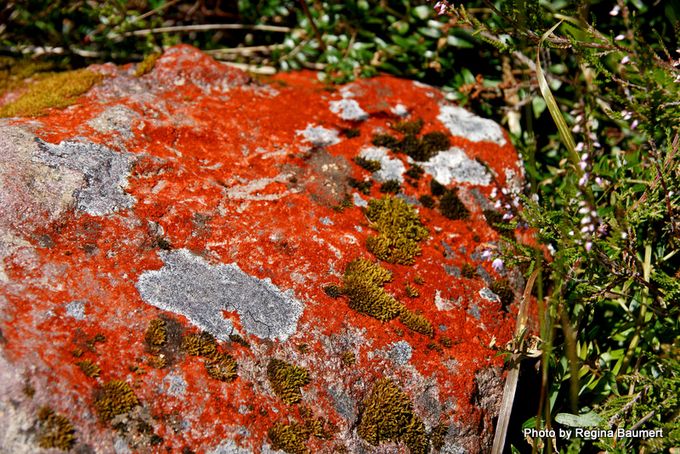 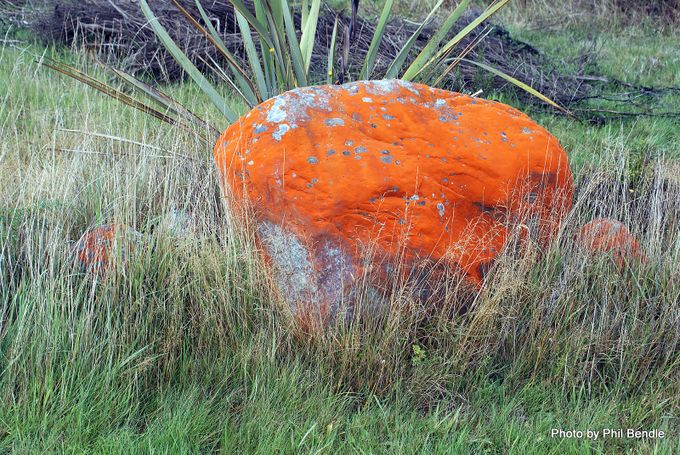 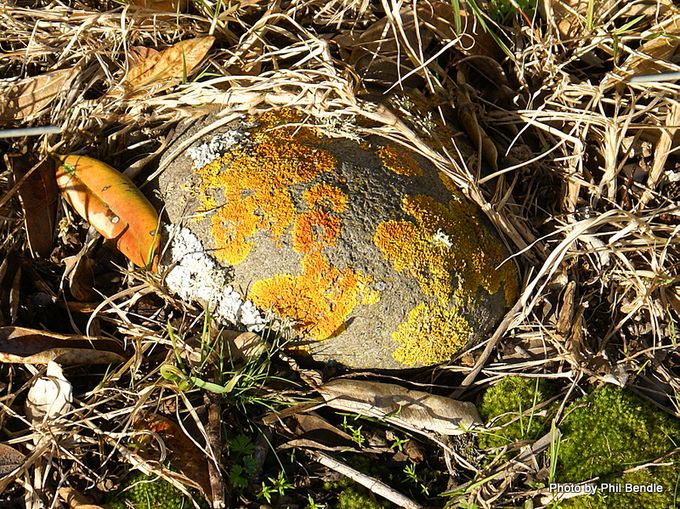