Clubiona is a large spider genus that occurs almost worldwide. There are about 12 species in New Zealand.
They are commonly called leaf curling sac spiders. Most of these species live in open areas on low shrubs, flax or under stones. They can be divided into two groups. One has spots on its abdomen and the other has a dark line down the middle of its abdomen. They are called hopping spiders because most of the species will run and then give a hop. This hopping is different from the jump of jumping spiders. 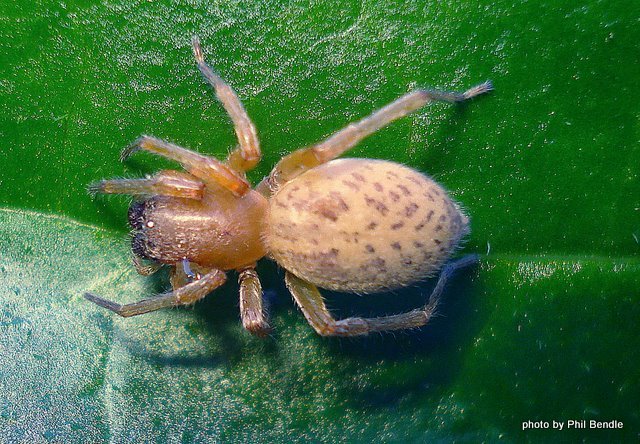