Calidris melanotos (Pectoral Sandpiper) is a small, long-distance migrant from its breeding grounds in the tundra regions of northeast Siberia and Alaska. They are a rare visitors to New Zealand where they feed on invertebrates in salt marshes, lagoons and freshwater pools.
Pectoral Sandpipers are characterised by a flat back and a plumpish body that tapers to a drawn-out rear end. The head is small and rounded, situated on a long neck. The legs are short and the bill varies from short and straight, to medium-length and gently decurved. When at rest the folded primaries (flight feathers) are level with, just short of, or slightly longer than the tip of the tail. There are markings on the upper body feathers and there is a prominent demarcation between the back and the whitish underbelly. Their body length is 24 cm (bill tip to tail), a wingspan of 37–45 cm and a weight of 85 g for males and 60 g for females. 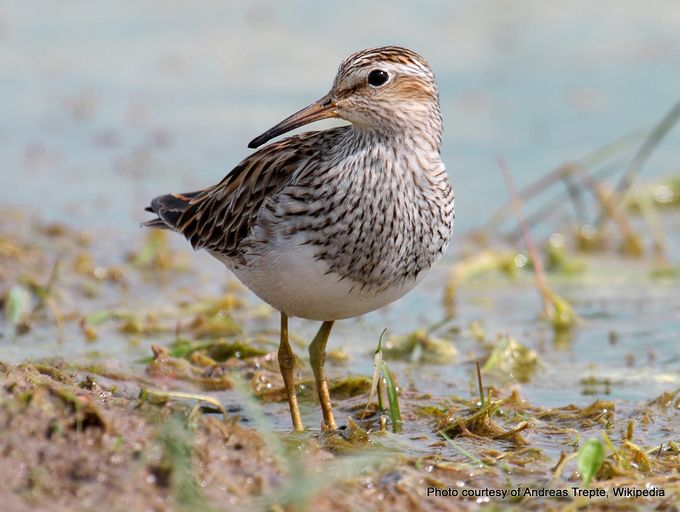 Thanks to Wikipedia for text and information  https://creativecommons.org/licenses/by-sa/3.0/