In New Zealand, the largest species of the Cambridgea genus is Cambridgea foliate which may have a palm-sized leg span. C. foliata have long legs relative to their body size and the males of have very large jackknife chelicerae (the fangs).
They are common throughout New Zealand and their webs can be seen in most of our native bush. Cambridgea foliata is known to produce a horizontal mist-like web that is almost a metre across. During the day the spiders will be rarely seen because they hide out of sight in a tubular retreat on the edge of their net only emerging once darkness falls. At night, the spider will hang from the underside of the sheet web, waiting for insects to fall in. When an insect is trapped the spider immobilises the prey by biting through the web.
At night male Cambridgea foliate looking for a mate often enter houses and buildings, fall and get trapped in basins and baths. 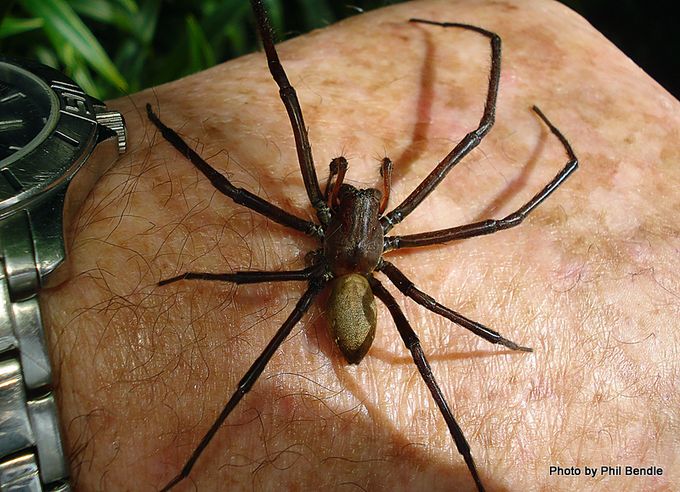 A male with his swollen pedipalps 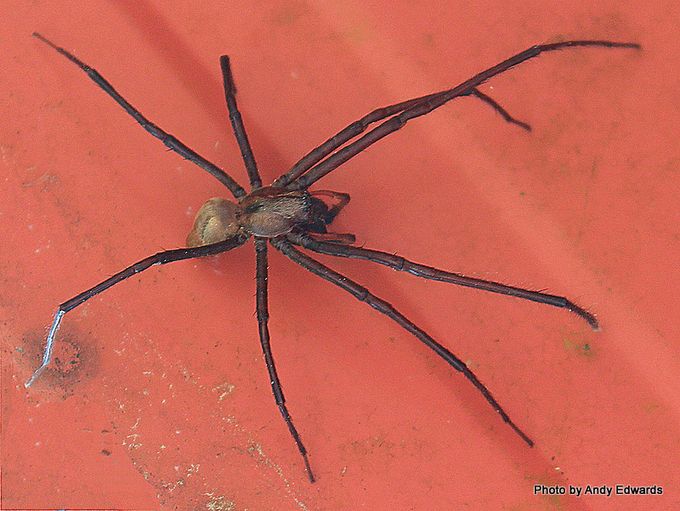 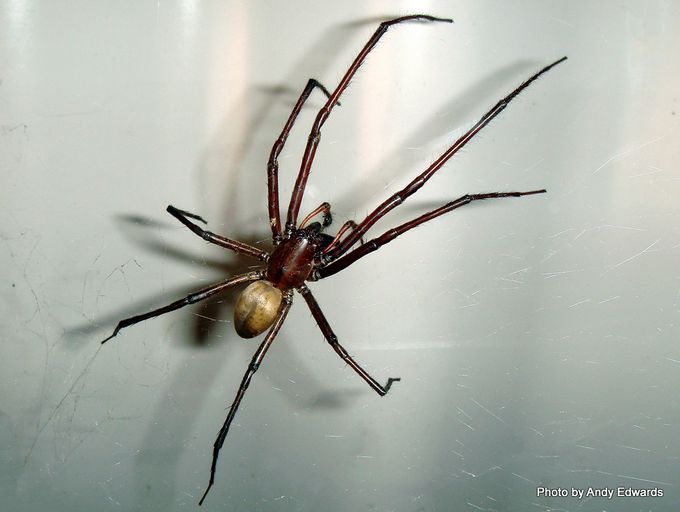 A male Cambridgea foliata in his web. It is in a typical habitat for this species, under patio decking. 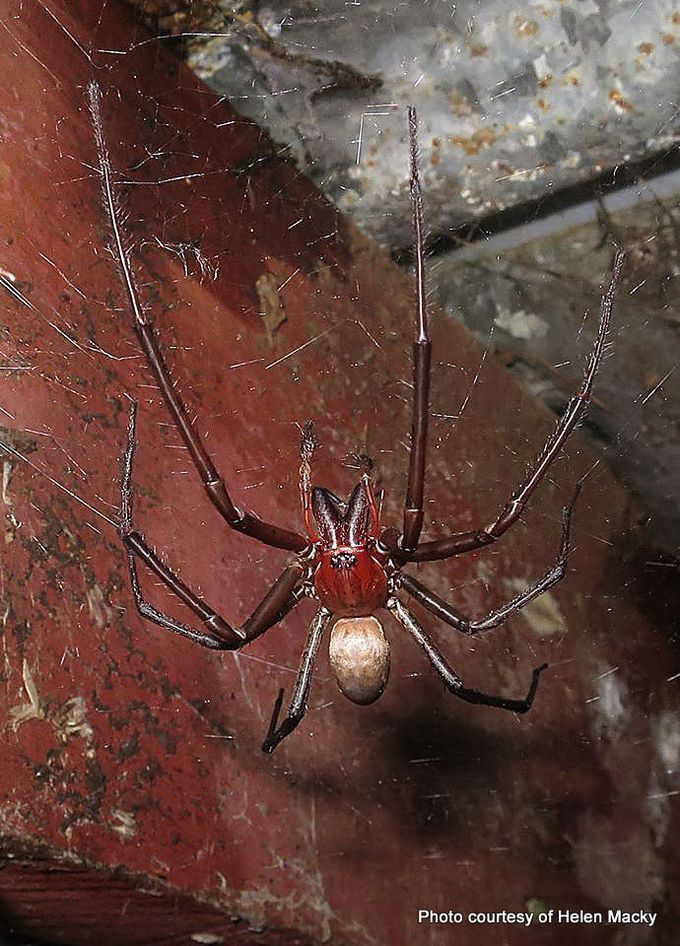 A female in her web. Her pedipalps are not swollen at the tips like the males are. 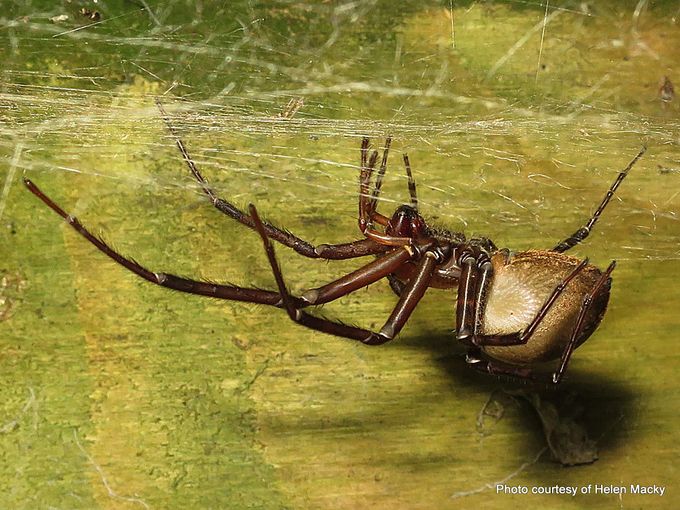 The head of a male 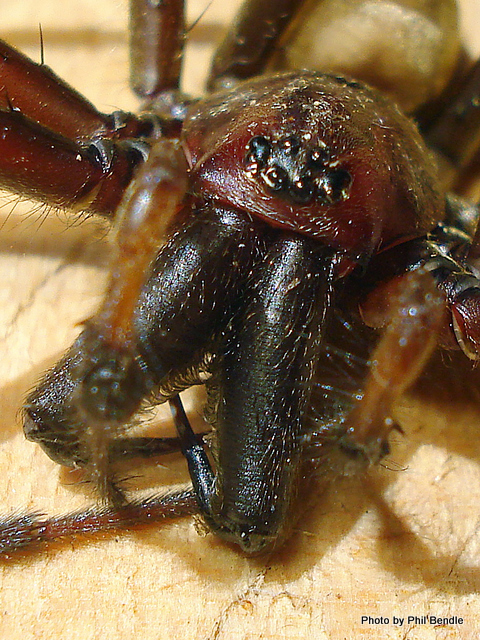 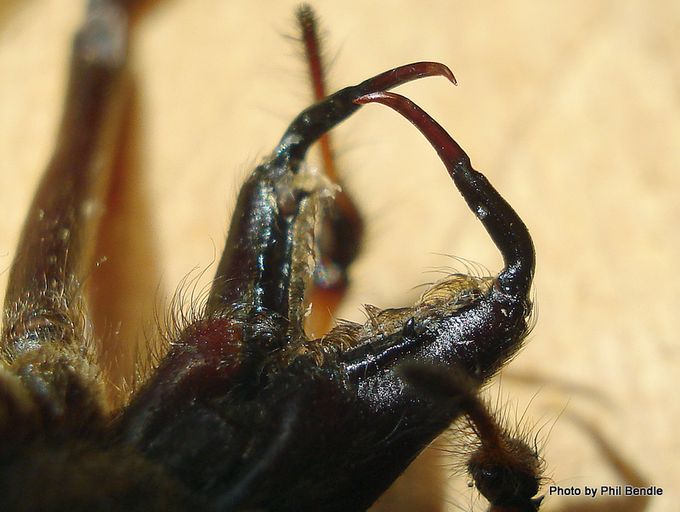