Limax maximus is one of the largest kinds of keeled air-breathing land slug in the world, (Limax cinereoniger being the largest). It is in the family Limacidae, the keeled slugs. Limax maximus is the type species of the genus Limax. This species has a very unusual and distinctive mating method, where the pair of slugs hangs in the air, suspended from a tree branch or other structure, using a thick thread of mucus. Although native to Europe, this species has been accidentally introduced to many other parts of the world.

External anatomy: The adult slug measures 10-20 cm in length and is generally a light greyish or grey-brown with darker spots and blotches, although the colouration and exact patterning of the body of this slug species are quite variable. The body is longitudinally streaked or spotted with black. The shield is always black-spotted The greater part of the body is rounded, but there is a short keel on its tail, with about 48 longitudinal rows of elongate, detached tubercles. The sole of the foot is ash or yellowish-ash coloured, and the colour is always uniform. The foot-fringe is pale, with a row of minute submarginal blackish tubercles. Every Limax maximus differs slightly in its pattern of black spots. They eat plant matter but also prey on other slugs.

The mating habits of Limax maximus are considered unusual among slugs: the hermaphrodite slugs court, usually for hours, by circling and licking each other. After this, the slugs will climb into a tree or other high area and then, entwined together, lower themselves on a thick string of mucus, evert their white translucent mating organs (penises) from their gonopores (openings on the right side of the head), entwine these organs, and exchange sperm. Both participants will later lay hundreds of eggs.

A commonly seen practice among many slugs is apophallation when one or both of the slugs will chew off the other's penis. The penis of these species is curled like a corkscrew and often becomes entangled in their mate's genitalia in the process of exchanging sperm. When all else fails, apophallation allows the slugs to separate themselves. Once its penis has been removed, a slug is still able to participate in mating subsequently, but only using the female parts of its reproductive system. 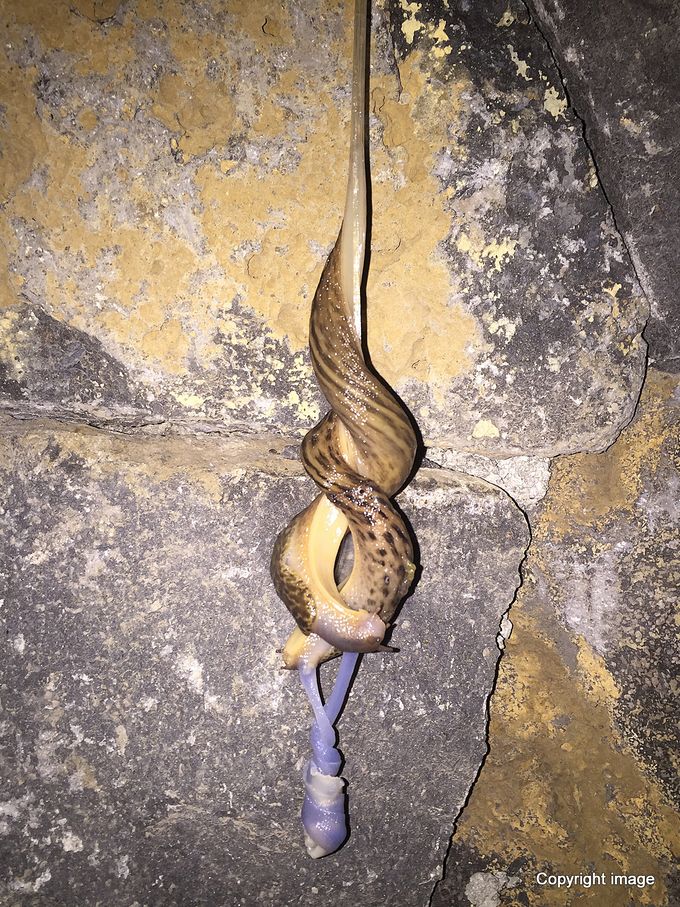 The colouration and exact patterning of the body of this slug species are quite variable as seen in photos below. 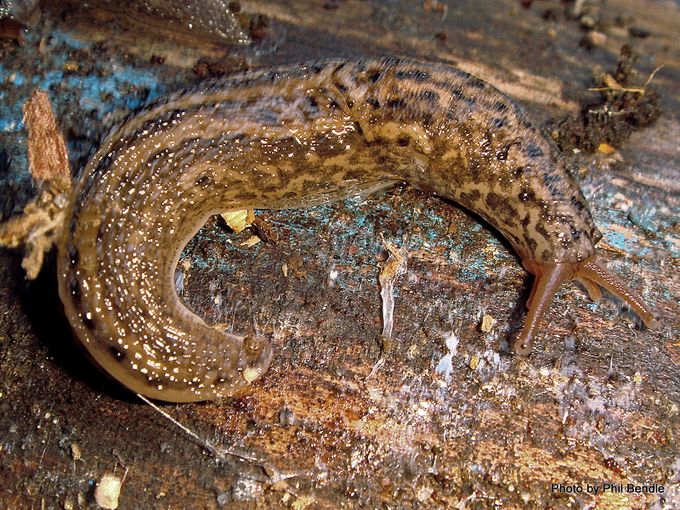 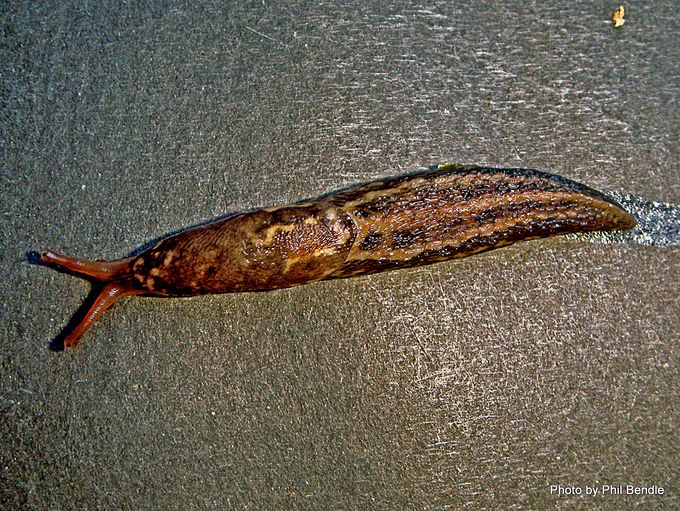 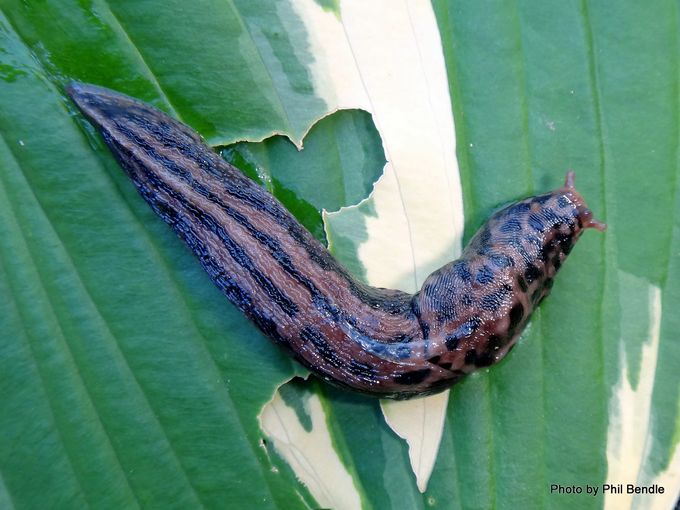 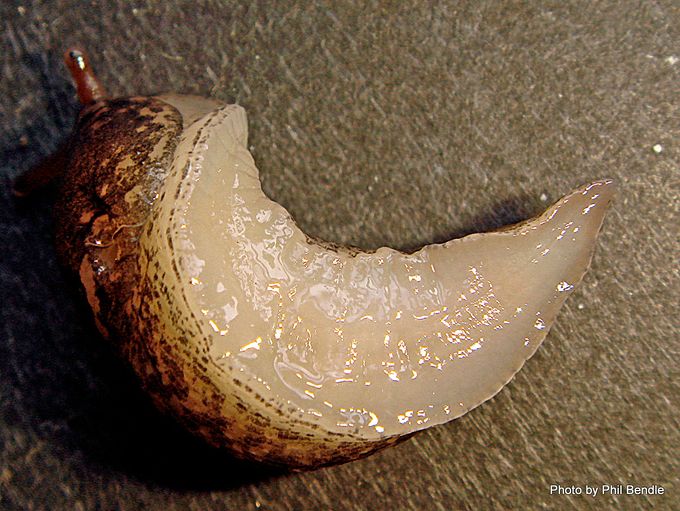 The top two protrusions are optic tentacles which have eyes on the tips when extended fully.  The lower two are sensory tentacles. The mouth is under them. 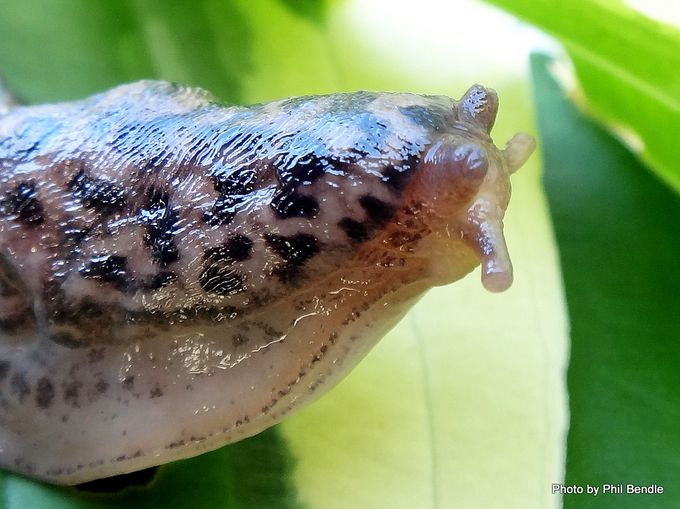 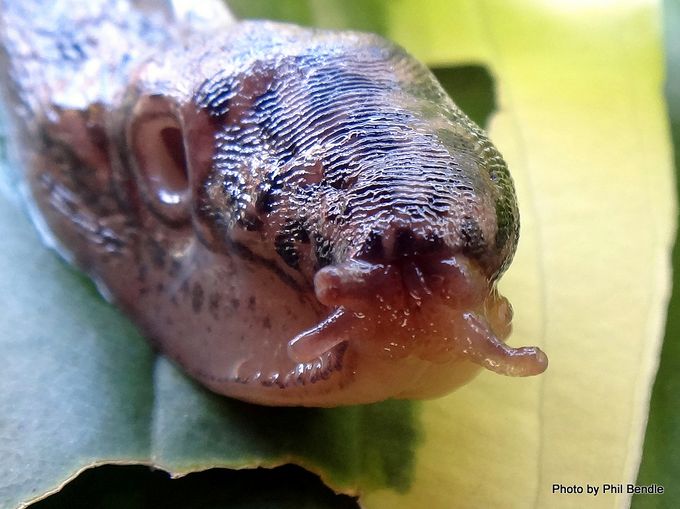 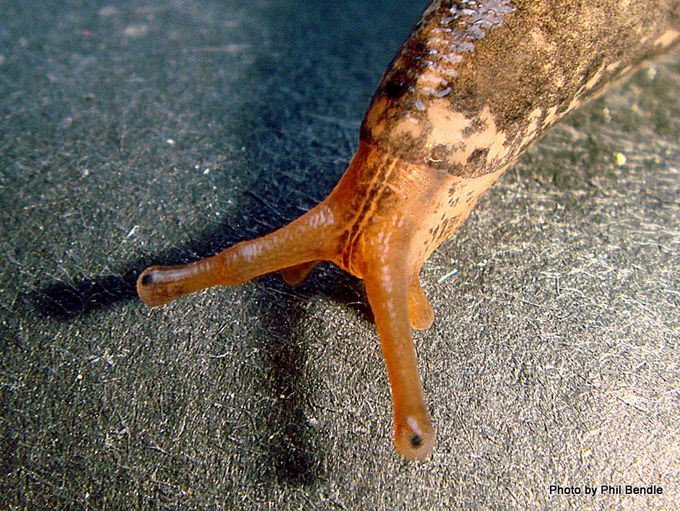 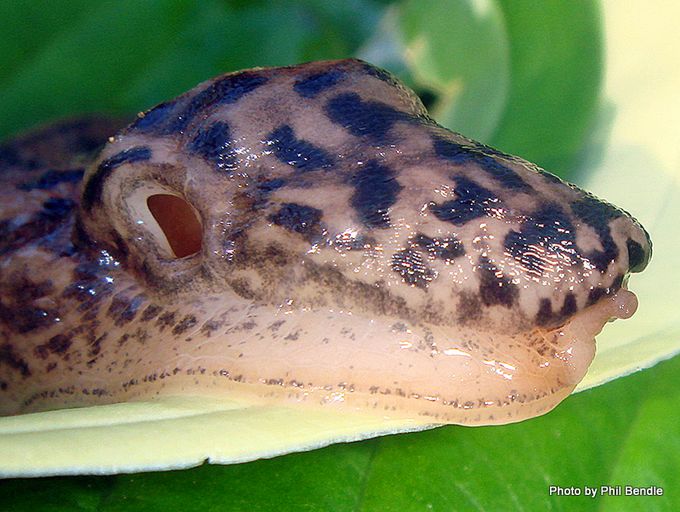