This Romphaea species is a small spider with a body length of about 3mm. It has a long slender abdomen peaked with a blunt cone-shaped rear end.  There is a pronounced peak underneath the abdomen. The legs are extremely long and slender. It is in the group called space web spiders
This spider hangs upside down from a single line suspended between twigs. They feed on other spiders and insects that are using the line to cross across between twigs. Immediately after capture, they rap their prey up in silk drawn from their spinnerets which are by their hind legs. 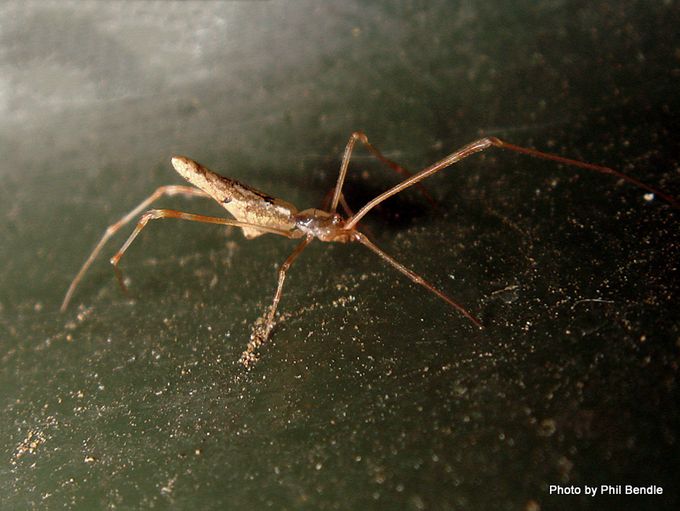 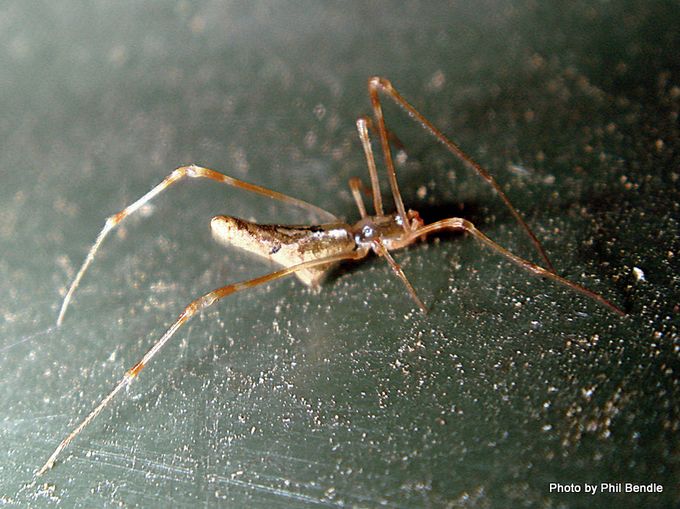 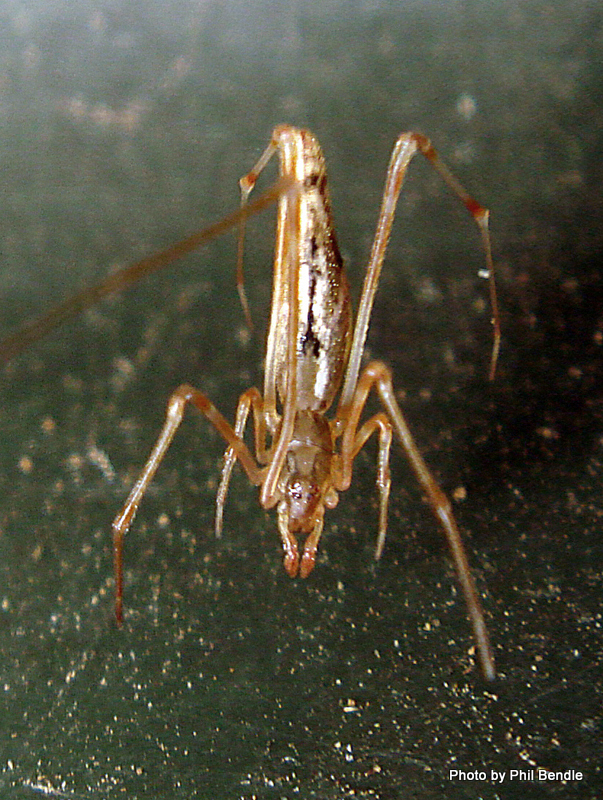