Sphagnum is a genus of between 151 and 350 species of mosses commonly called peat moss, due to its prevalence in peat bogs and mires. Members of this genus can hold large quantities of water inside their cells; some species can hold up to 20 times their dry weight in water.
Individual sphagnum moss plants consist of a main stem, with tightly arranged clusters of branch fascicles usually consisting of two or three spreading branches and two to four hanging branches. The top of the plant, or capitulum, has compact clusters of young branches. Along the stem are scattered leaves of various shape, named stem leaves; the shape varies according to species. The leaves consist of two kinds of cell; small, green, living cells (chlorophyllose cells), and large, clear, structural, dead cells (hyaline cells). The latter have the large water-holding capacity. Sphagnum species have a dominant sporophyte and spores are released from specialised black, shiny capsules located at the tips of thin stalks. They also reproduce by fragmentation.
Because sphagnum moss can hold water there is an industry in the South Island gathering it for the horticulture market. 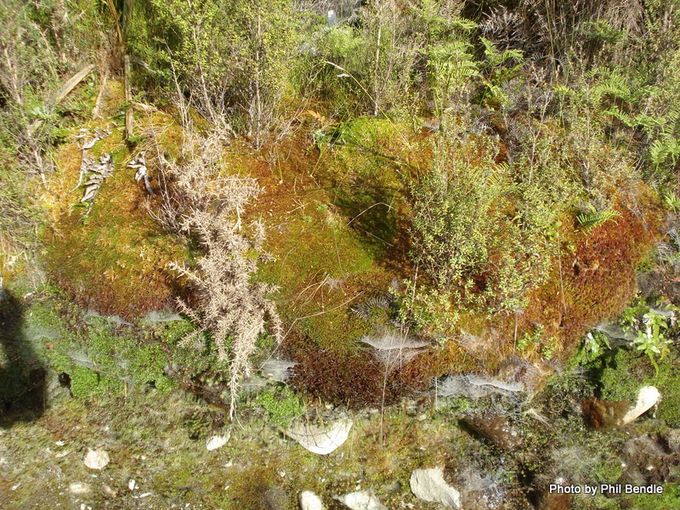 A close up to the surface of Bog moss 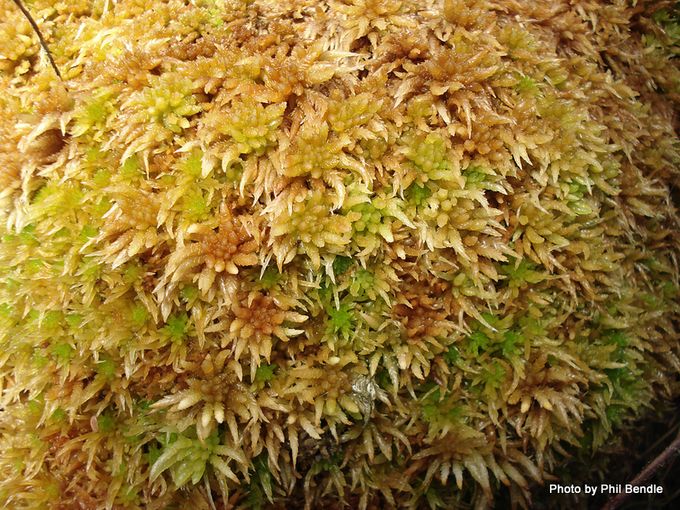 A wet handfull of Sphagnum moss pulled out from a clump. 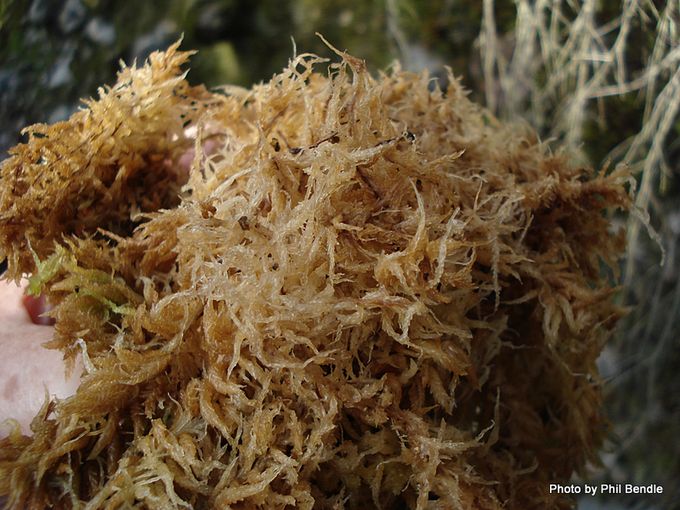