Xiphophorus hellerii is a species of freshwater/brackish fish in family Poeciliidae of order Cyprinodontiformes. It is native to an area of North and Central America stretching from Veracruz, Mexico, to north-western Honduras. In New Zealand, they were only known to occur in Waipahihi Stream near Taupo. A survey of this stream in 1999 failed to catch any swordtail, and this population may now be extinct.
The feral male swordtail is an olive-brown colour and its lower part of the caudal fin is elongated into a tapering sword-like projection, hence the common name. The female has no sword. 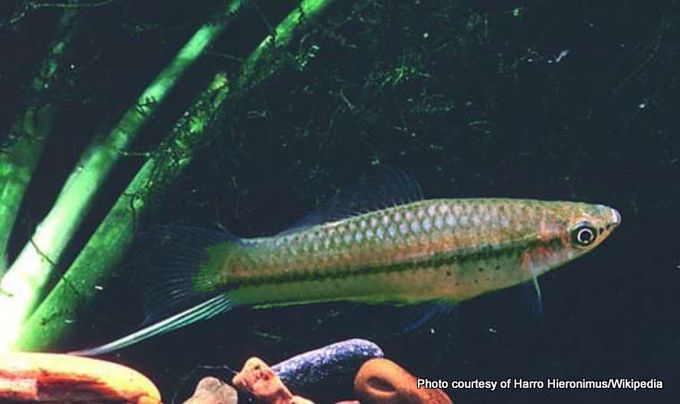