Thelychiton kingianus is a lithophytic orchid that occurs naturally along eastern Australia. This species grows naturally on rocky surfaces and occasionally grows epiphytically on tree logs and branches.  It has a wide variety of growth forms, it can grow in large clumps or individually. It produces pseudo-bulbs which are highly variable in length. They are broadest at the base tapering upwards to a narrow apex with longitudinal grooves. There are generally 2 to 7 leaves. There can be up to 15 flowers per pseudo-bulb. The shade of the flowers is usually pink and rarely white. They have a mid to deep purple speckled labellum. This species flower between the months of August and November, however, this does depend on the age, size of the plant, and health of the plant.
Thelychiton kingianus is not frost tolerant. They grow in full sun or partial shade and need an adequate air flow around it, this particularly important for new growth.
Propagation is by harvesting the keikis which are small plants that grow from a dormant bud on either the pseudo-bulb or flower spikes. They develop small roots and at this stage, they may be cut away from the parent plant and potted separately. 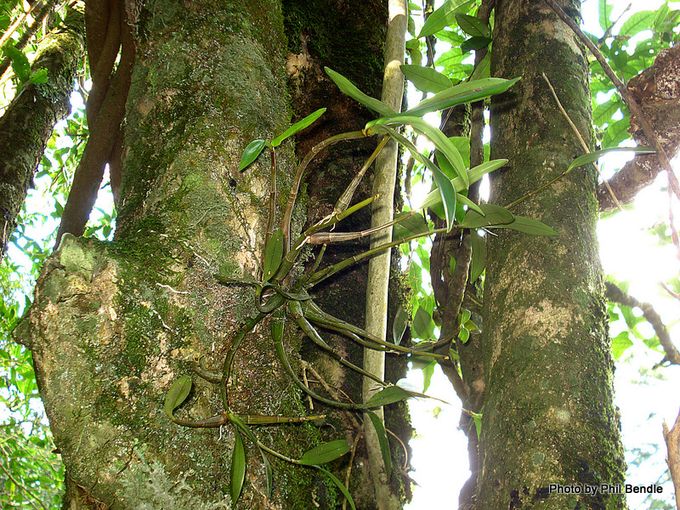 The photo below is of an old spent flower on the above plant.as above. Photographed mid May. 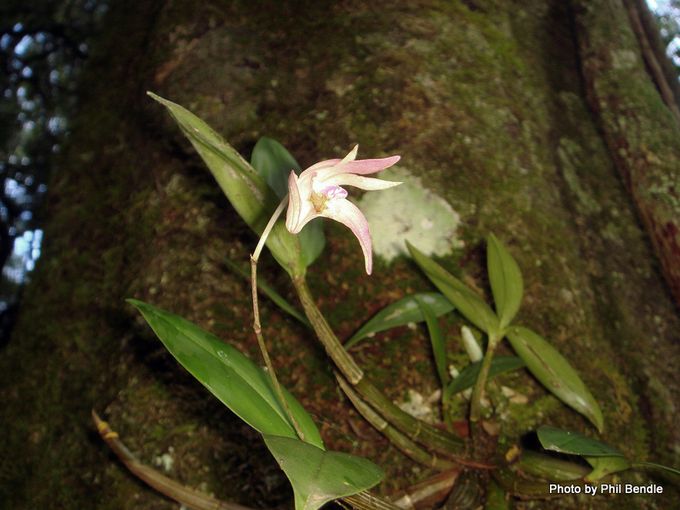 Photos below are of a plant growing in Pukekura Park, New Plymouth. 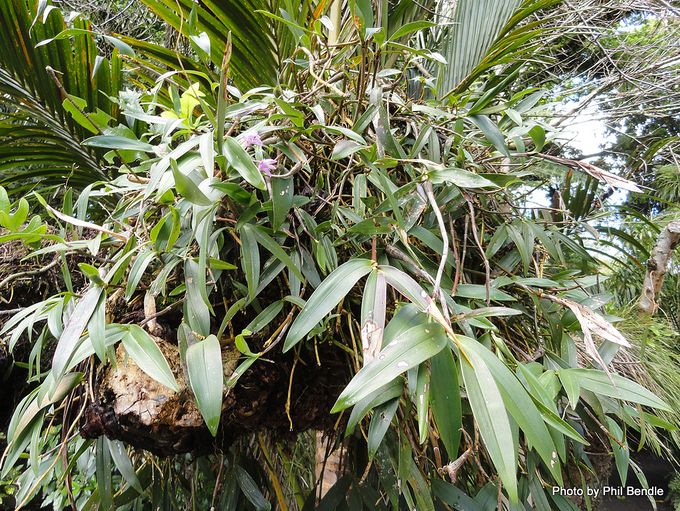 Photos below are of young flowers, photographed mid September. 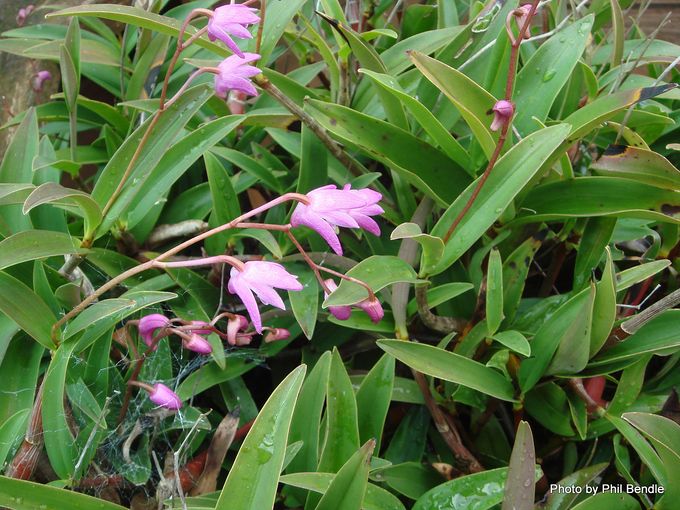 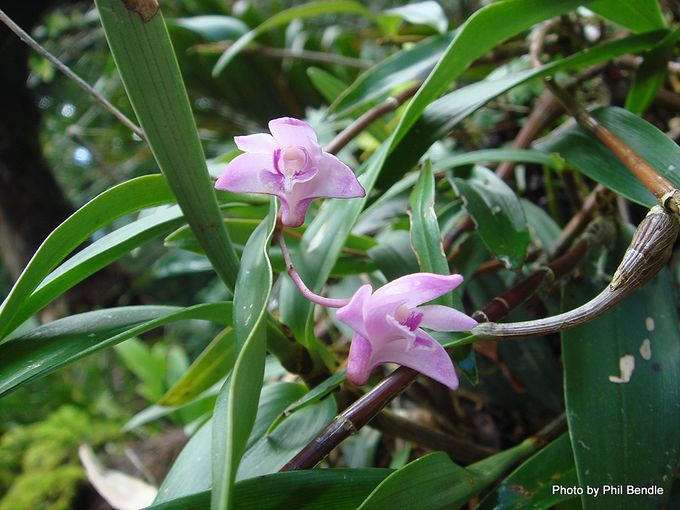 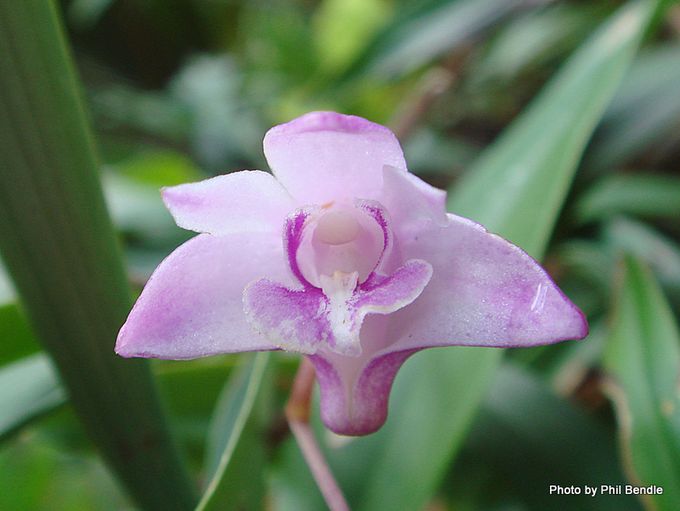 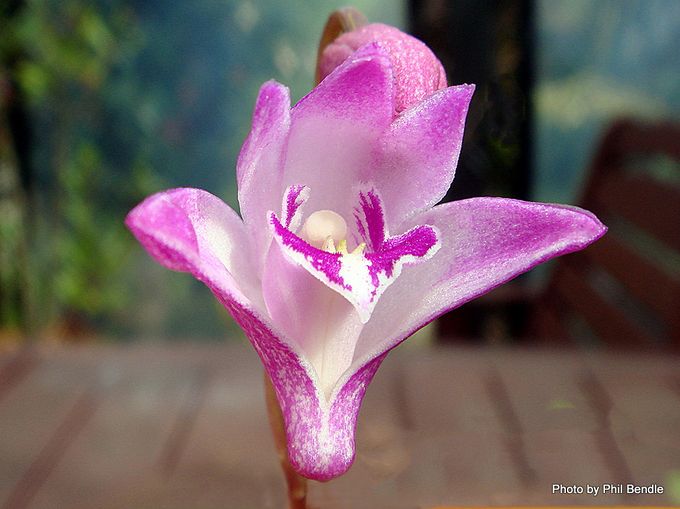 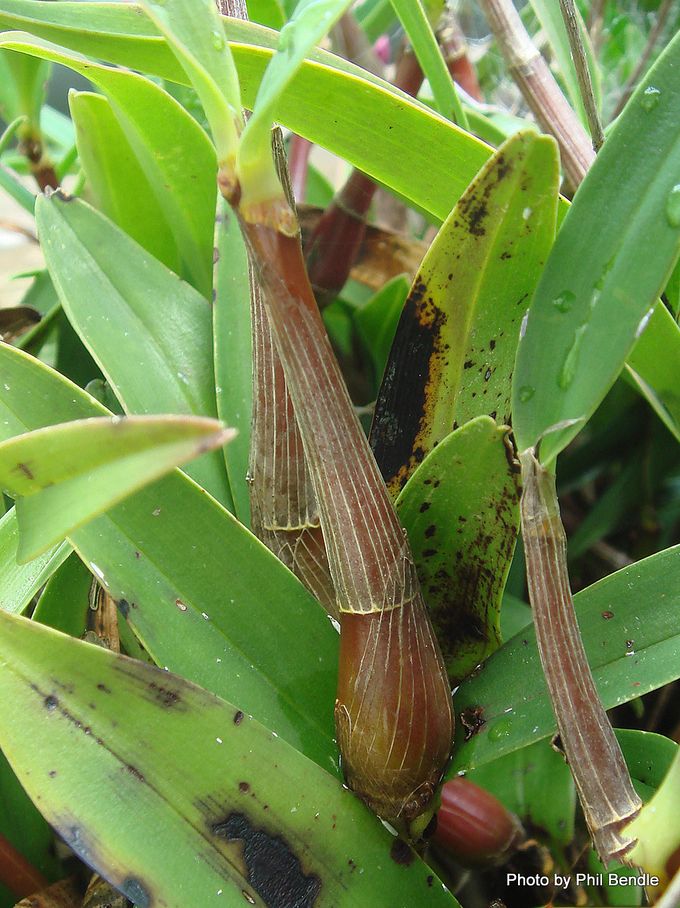