Thelymitra cyanea is a species of orchid which is endemic to New Zealand and Victoria in the south-east of Australia.
T. cyanea is found usually in groups throughout New Zealand in subalpine (up to 1400m) meadows and sphagnum bogs and stream banks in poorly drained soil.
It grows a >25cm flower stem and has a single linear thick leaf >12cm long.
It usually has two flowers which are blue and white and are 1.5 cm across. The flowers petals have dark stripes along the veins. Flowering occurs mainly in January to February. 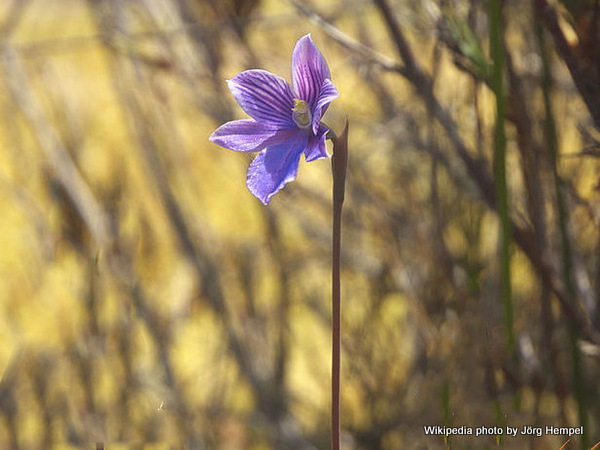 A group of Thelymitra cyanea with seed pods early March. 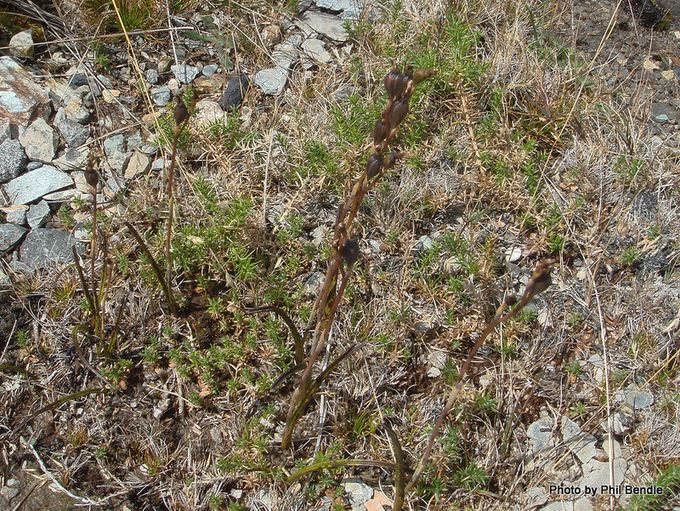 A seed pod on stem and the single linear thick leaf. 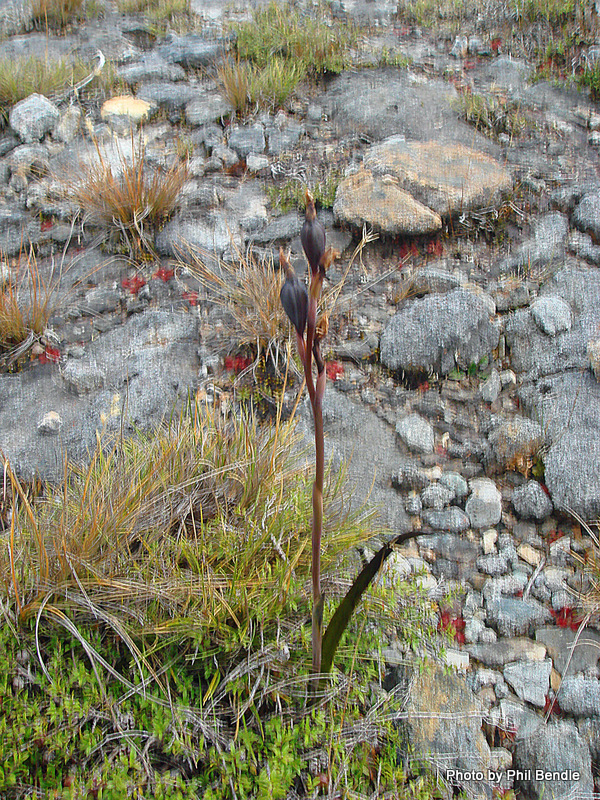