Metrosideros excelsa "Maori Princes
Maori Princess has an open-branched, upright tree with dark green foliage and has consistent striking red flowers that have a mauve tone to the filaments in December.  Metrosideros excelsa” Maori Princess” has an upright form but is not as tall as the regular excelsa. It is coast hardy, tolerates wind, dry spells and poor soil.
The original Maori Princess was selected (not a hybrid) from a large tree planted in Brougham Street, New Plymouth. It was named by the late Trevor Davies of Duncan & Davies nursery. Its original provenance (geographic origin) is unknown but since its merits were discovered many thousands of its cutting grown offspring have been planted throughout New Zealand’s urban areas. 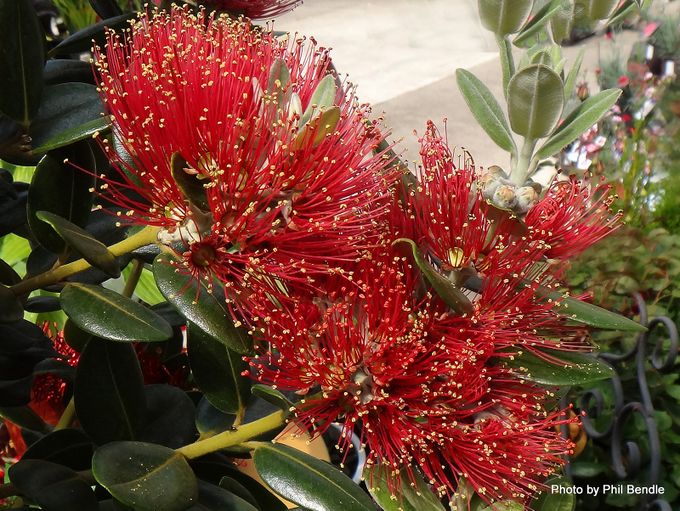 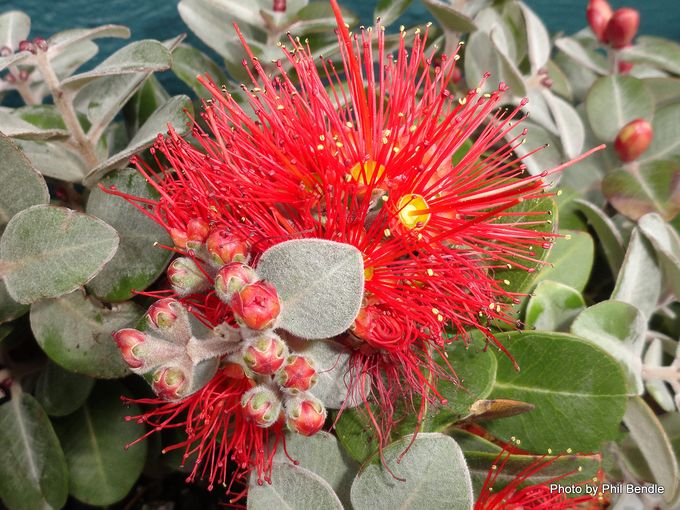 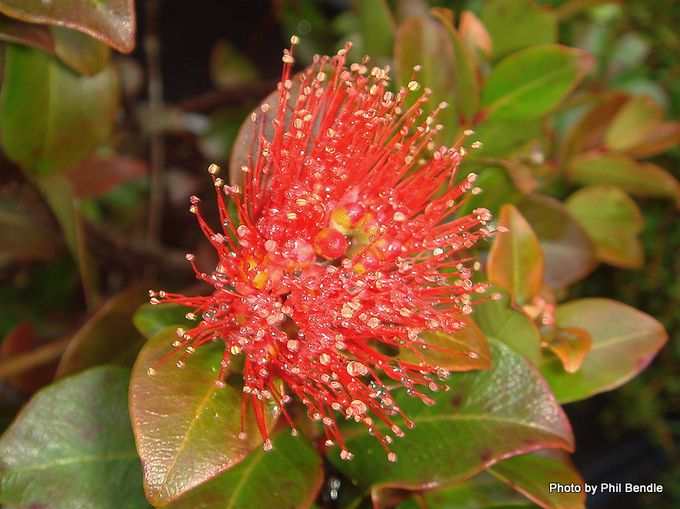 Metrosideros excelsa ‘Golden Dawn’, PVR
A reverse-variegated Australian-raised cultivar growing to 3-5 m high but can be contained by trimming after flowering. The leaves have green outer margins and yellow centres. The flowers are a melon pink and appear early to mid-summer. It likes coastal conditions. 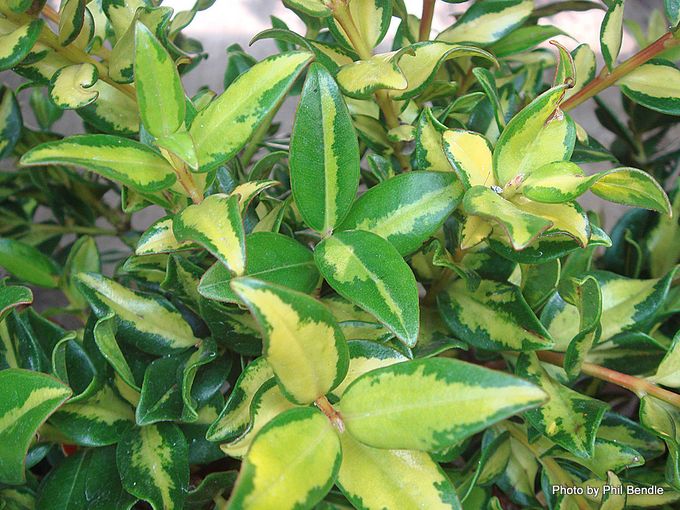 Metrosideros excelsa ‘Vibrance’ is an upright medium-sized tree with long rounded leaves, exceptionally long stamens and vibrant orange-red flowers that appear from mid-December even in young plants. Graeme Platt obtained cutting material of it around 1985 and named it "Vibrance".
It was subsequently incorrectly given an informal name "Waiomu Bay" after the place of its discovery. The original tree is planted in a reserve near the sea at Waiomu Bay on the Thames Coast, Coromandel Peninsula. 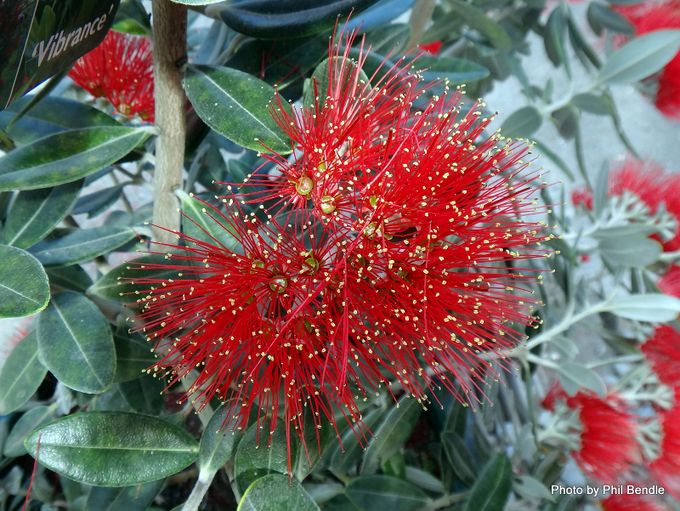 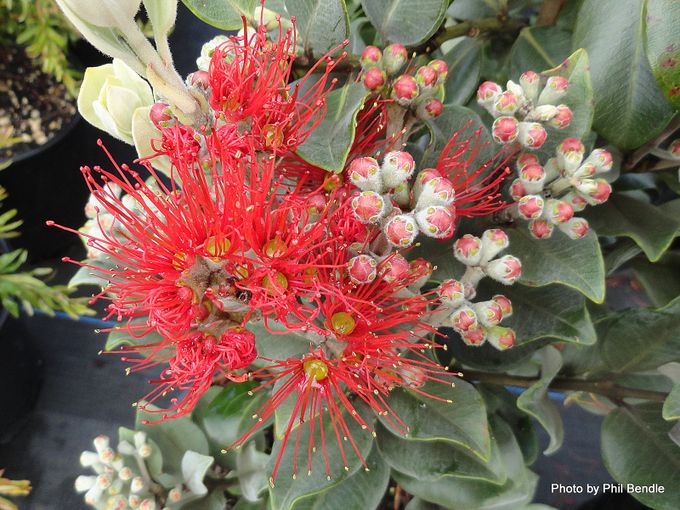 Metrosideros carminea 'Carousel' is a dwarf ground covering shrub form of the climbing crimson rata (Metrosideros carminea). It forms a low growing spreading shrub (Height: 0.2 to 0.8 Width: 0.3 to 0.6) with small shiny green leaves with yellow margins on long lax branchlets. It produces small carmine-red flowers in spring.
M carminea ‘Carousel’ arose as a variegated sport of M. carminea ‘Ferris Wheel’. It was selected by Jim Rumble of Duncan and Davis Nurseries New Plymouth in 1987. Being vegetatively propagated from the adult form of the species it is largely a non-climbing cultivar but if planted against a wall it might revert to its climbing form and attach to the wall. 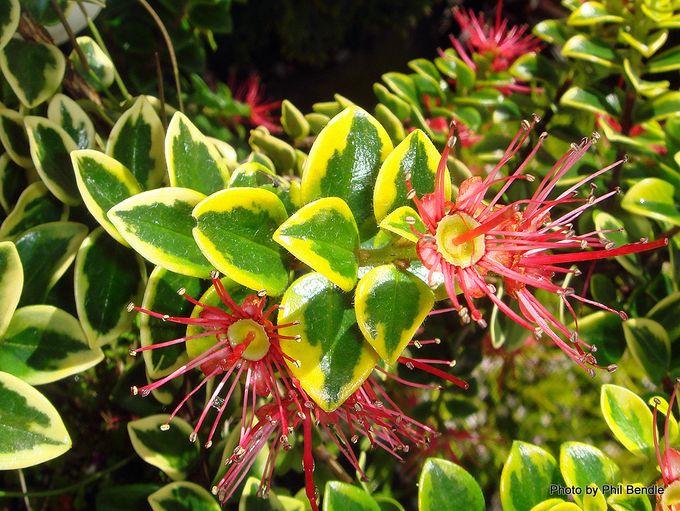 Metrosideros excelsa ‘Variegata’.as the name suggests is a variegated cultivar with leaves that have green centres and grey-green and yellow margins which are sometimes speckled with green. The common name is Variegated Pohutukawa.
It is an evergreen flowering tree with several trunks and it will grow to 20m in height and have a 10m spread. It grows best in coastal areas as it is frost tender. The flowers are a spectacular spray of red stamens during summer.
There has been much confusion about the correct species for cultivars named “Variegata” Pohutukawa. It is thought that there are distinct cultivars under that name for both M. excelsa and M. kermadecensis. It is also possible that some of the variegated forms are hybrids. 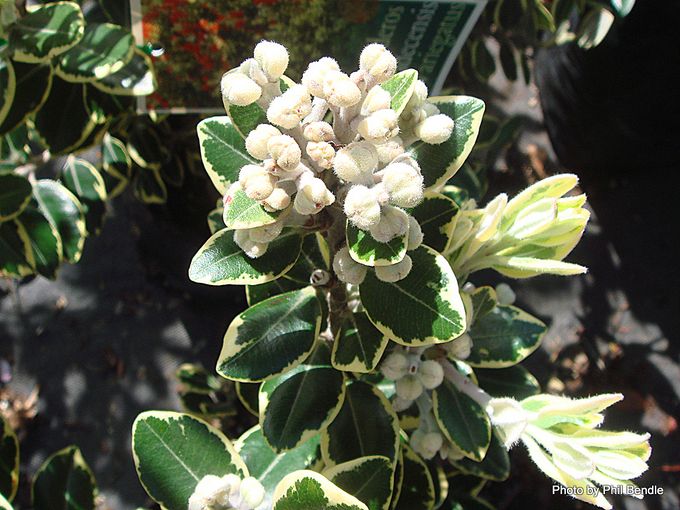 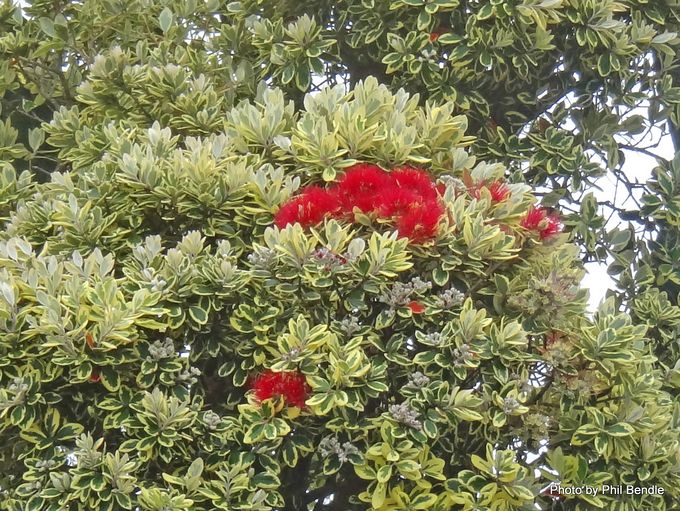 Metrosideros collina “Tahitian Sunset” is a dwarf growing sport of M. collina ‘Tahiti’. It has cream variegated foliage; the new growth is soft like deer velvet and highlighted in winter bya bold pink-red flush on the new growth. The foliage is a scarlet bloom similar to a bottle brush. These are produced intermittently throughout the year from clusters of dusty white buds. Metrosideros collina is a species from the Pacific Islands. 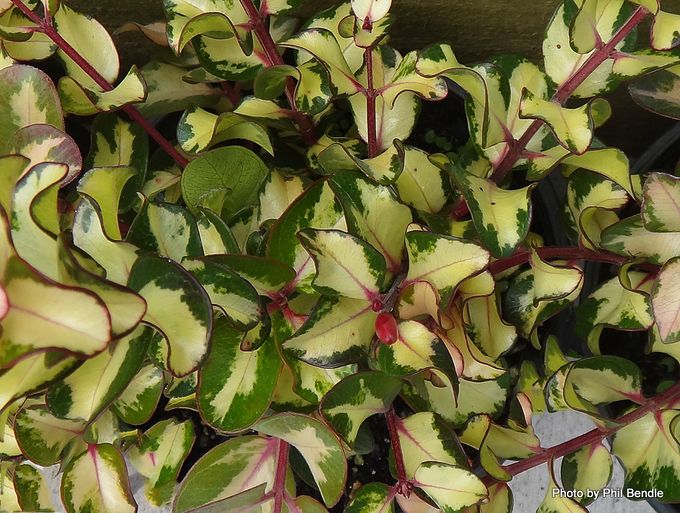 Metrosideros excelsa ‘Golden Dawn’, a reverse-variegated Australian-raised cultivar growing to 3-5 m high but can be contained by trimming after flowering. The leaves have green outer margins and yellow centres. The flowers are a melon pink and appear early to mid-summer. It likes coastal conditions.