Salmo trutta is a European species of salmonid fish that has been widely introduced into suitable environments globally. They were successfully introduced to New Zealand in 1867 from British stock that was first established in Tasmania, Australia. Numerous further importations took place over the following 20 years. Salmo trutta is now found throughout the country, south of Auckland.  Salmo trutta (Brown trout) are the basis of most freshwater fishing in New Zealand.

Salmo trutta is a medium-sized fish, growing to 20 kg or more and a length of about 100 cm in some localities, although in many smaller rivers, a mature weight of 1.0 kg or less is common.
Salmo trutta colour and markings vary with their habitat. Some are largely silver with relatively few spots and a white belly (usually a lake or sea-run), some have a brassy brown cast fading to creamy white on the fish's belly. Others are brownish green with brown and red spots (usually the younger fish) and some are butter coloured where the water is stained by vegetation. Brown trout seldom have any spots on their tails, a feature that distinguishes them from rainbow trout.
Some of this species are sea-run they migrate to sea but spawn during autumn and early winter in the fresh waters of rivers. During spring and summer, they enter rivers chasing whitebait and smelts. 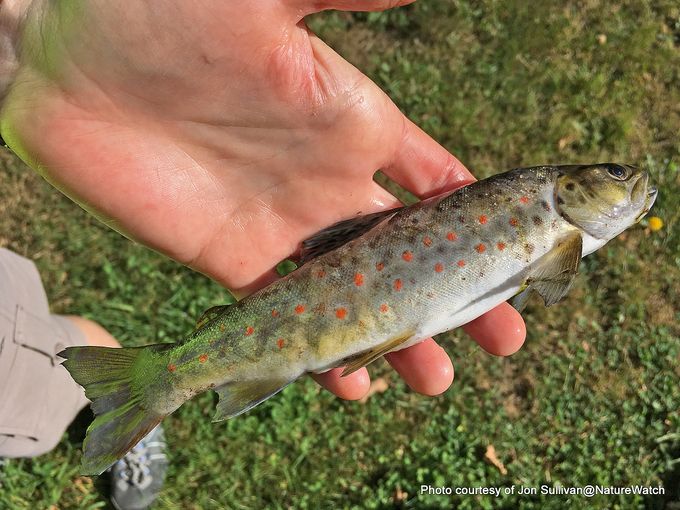 The usual colouration of a young fish. 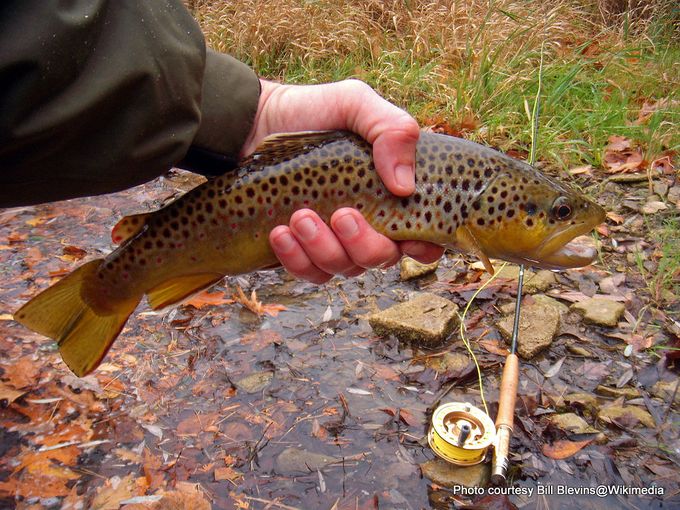 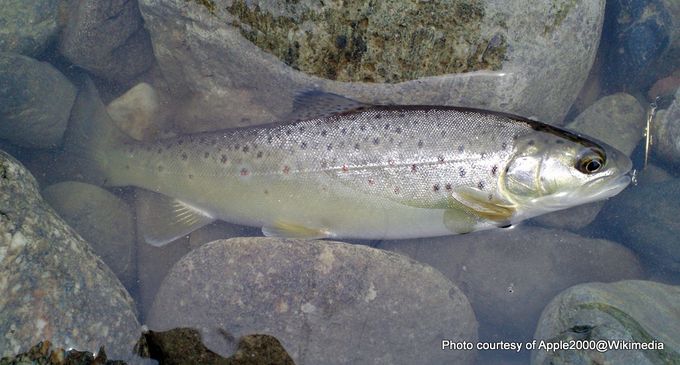 A video on the brown trouts introduction to New Zealand.


Thanks to Wikipedia for text and information: https://creativecommons.org/licenses/by-sa/3.0/