Chelodina oblonga is a fast-growing, carnivorous, semi-aquatic turtle native to Australia and New Guinea.
They in private collections throughout New Zealand.

Chelodina oblonga has a remarkably long, thick neck which reaches more than 75% of the length of the carapace (upper shell). The narrow-breasted snake-necked turtle is part of a group of species collectively known as ‘side-necked turtles’ due to the characteristic manner in which the neck is retracted sideways in front of the shell.
The narrow, oblong or oval-shaped carapace can be up to 40 cm in length. The length of the carapace is more than twice its width, and horny scutes overlie the bony shell.
The carapace varies in colour from light brown or olive-brown to blue-grey or black, sometimes with dark flecking on the lighter areas. The plastron (underside is also variable in colouration. It is usually creamy or yellowish, but it may sometimes be brown, with dark brown or black regularly patterned markings. The skin of the is covered in tubercles and is typically olive-grey on the upperparts, often with dark mottling, while the skin on the underparts is usually pale grey. The skin on the back of the neck and mouth may be creamy-yellow to white. Sexual dimorphism is quite evident in this species. Females can be easily recognized by the very short, stubby tail.
The streamlined, elongated head of the species is somewhat flattened, the snout protrudes forwards slightly and barbels are present on the chin. The limbs have distinct ankle joints rather than being paddle-shaped, and the feet are webbed, with four claws on each foot.
They are an ambush predator striking with its snake-like neck. Its prey is fish, amphibians, and invertebrate prey such as tadpoles, worms, crickets. 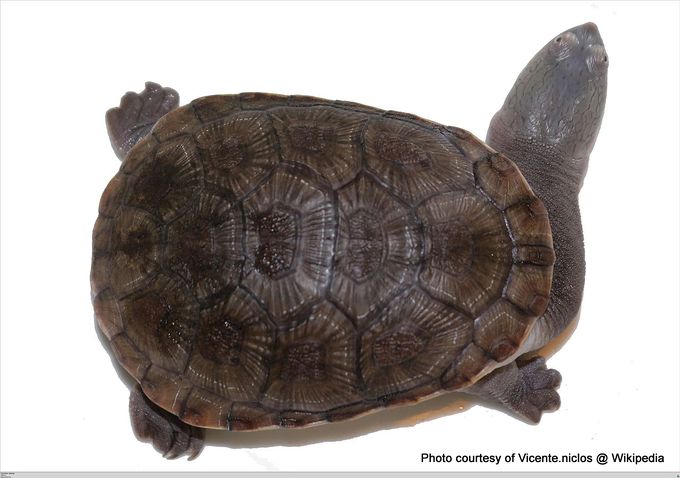 The plastron (underside) is also variable in colouration. It is usually creamy or yellowish 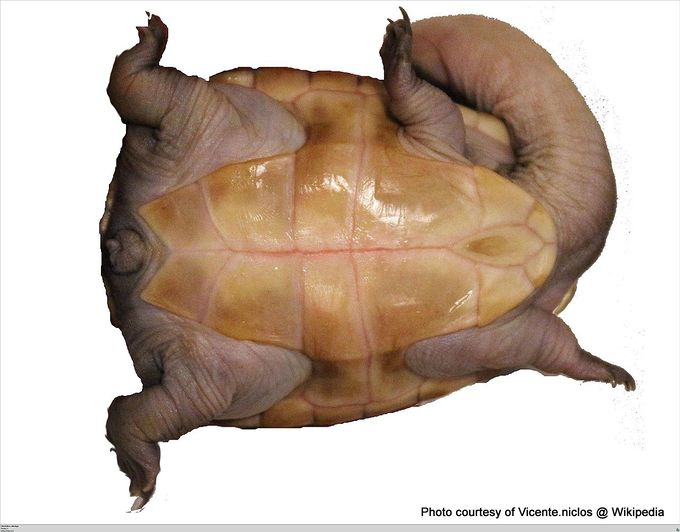 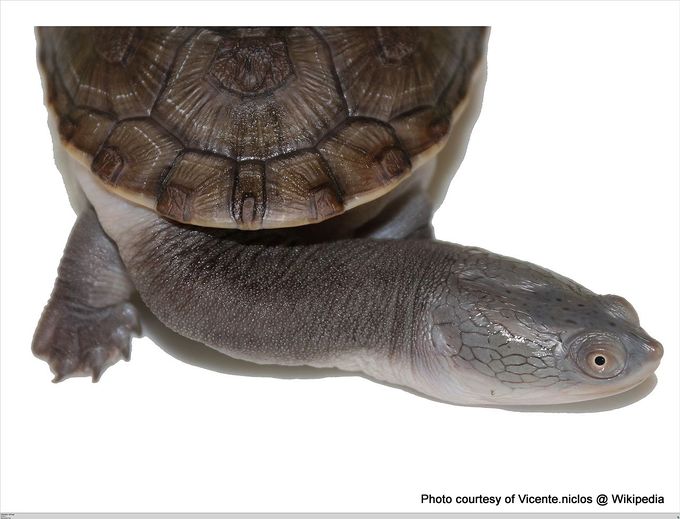 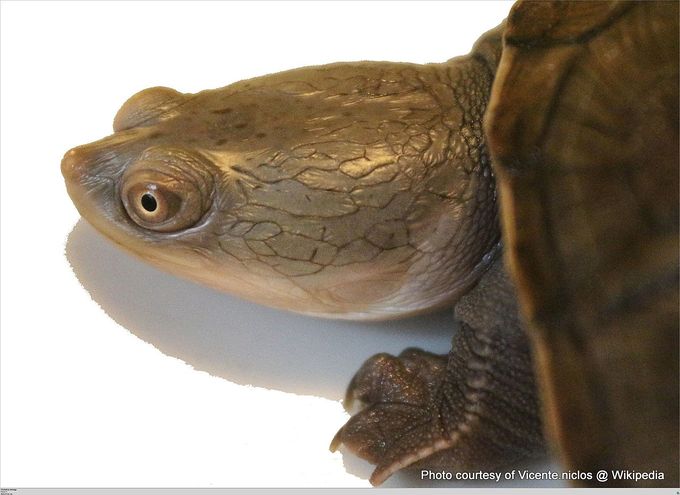