Vagrant spider is a medium to large ground-dwelling spider with a body length 20 mm.
There are about 20  New Zealand species with only three have been classified and named by scientists. It is forest spider but also found in gardens near bush areas. It lives under logs or stones in the daytime. They are active nocturnal hunter which builds a web as a retreat for use in the daytime and when moulting. The webbing is also used to bind the egg sacs. These spiders feed on ground-dwelling invertebrates. Despite their daytime concealment, they are often captured by the large native spider-hunting wasps. They can run very fast then they will suddenly freeze.
These spiders are capable of delivering a painful bite because they have very large fangs. However, the symptoms of the bite are quite mild and are described as similar to a normal reaction to a bee sting. The bite should be cleaned and watched for signs of infection. There is one recorded case of a person being bitten and he suffered pain, stiff joints and excessive perspiration. 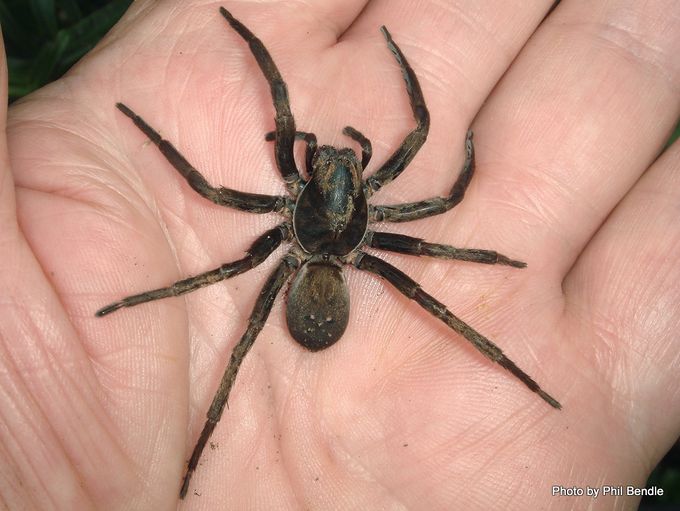 A large female Vagrant spider climbing up a garden glove. 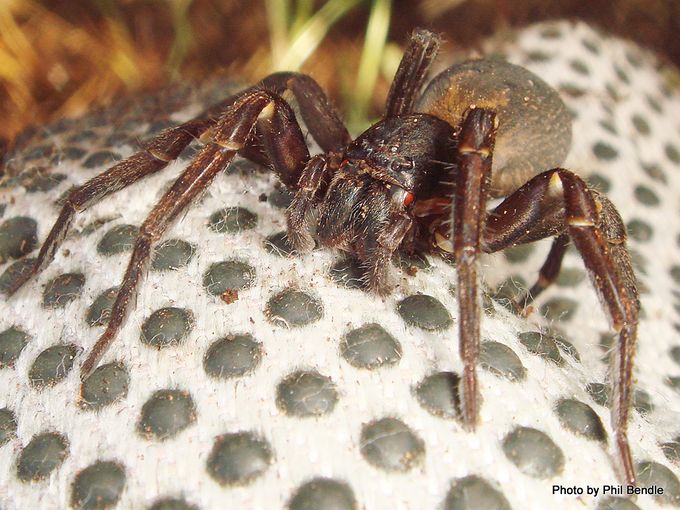 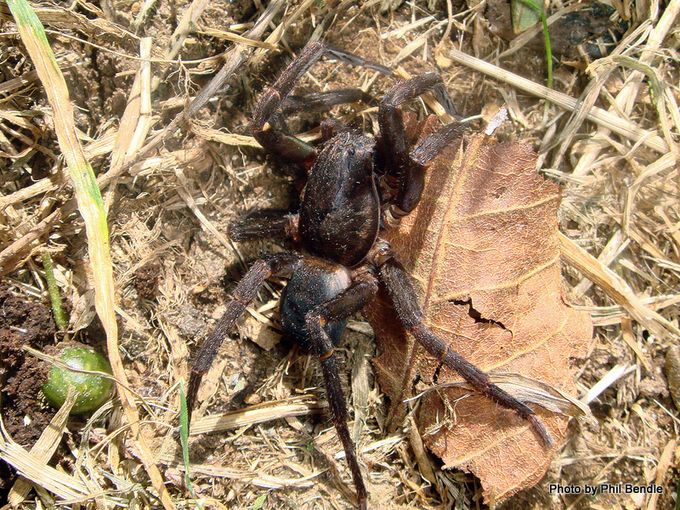 Male vagrant spider   They have longer legs and a slimmer body. 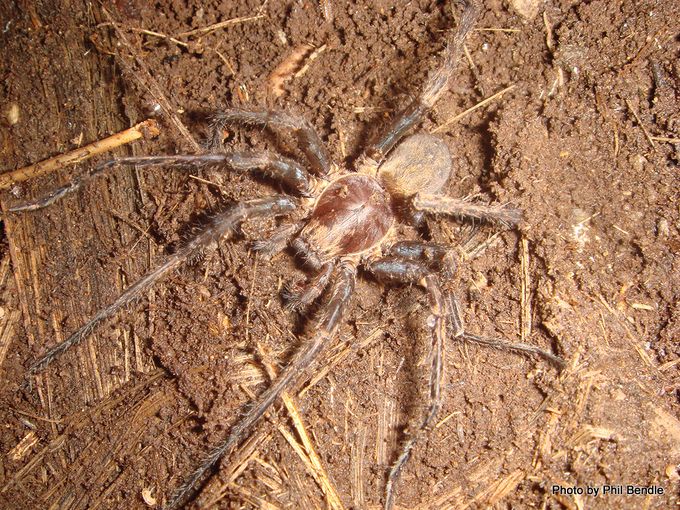 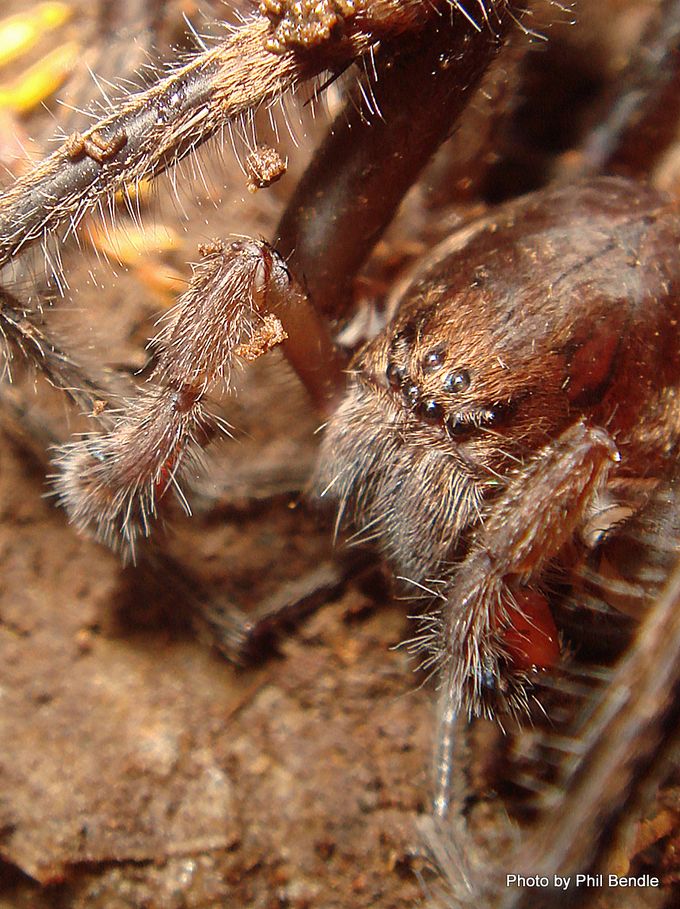 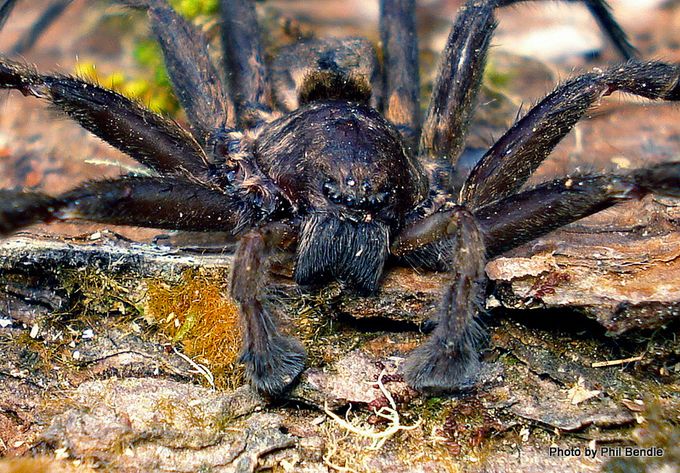 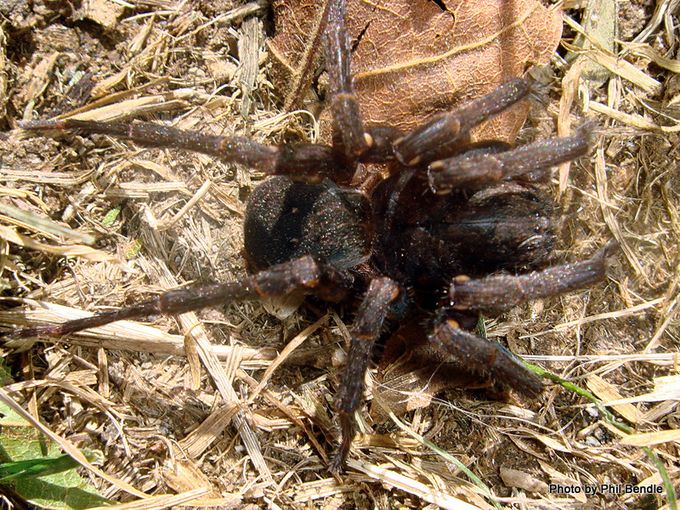 Head of a female Vagrant spider. 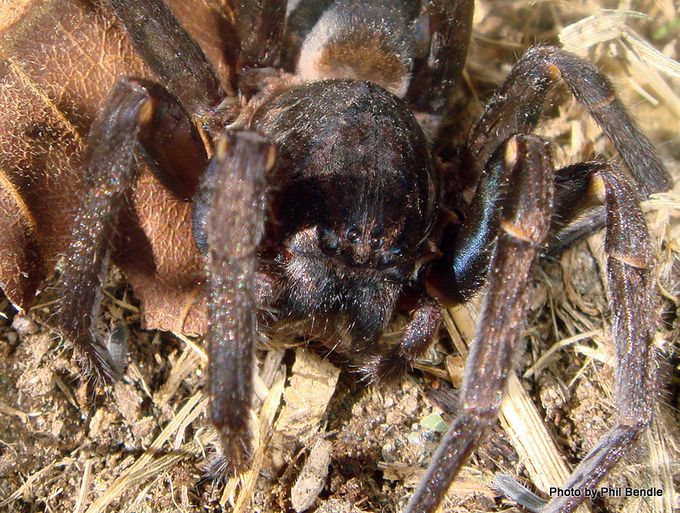 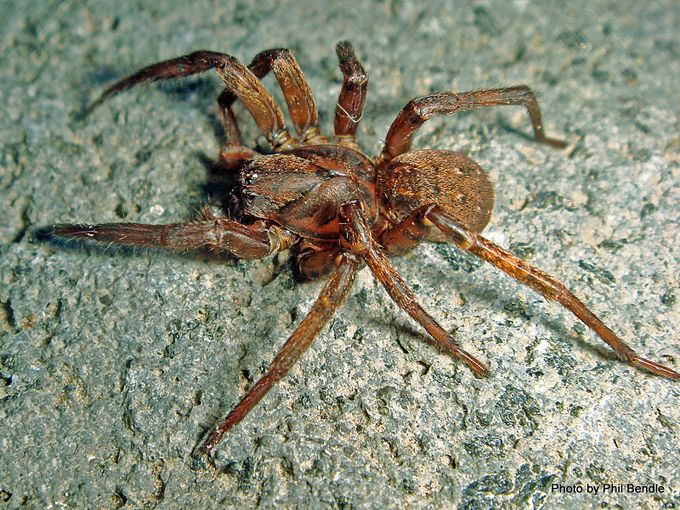 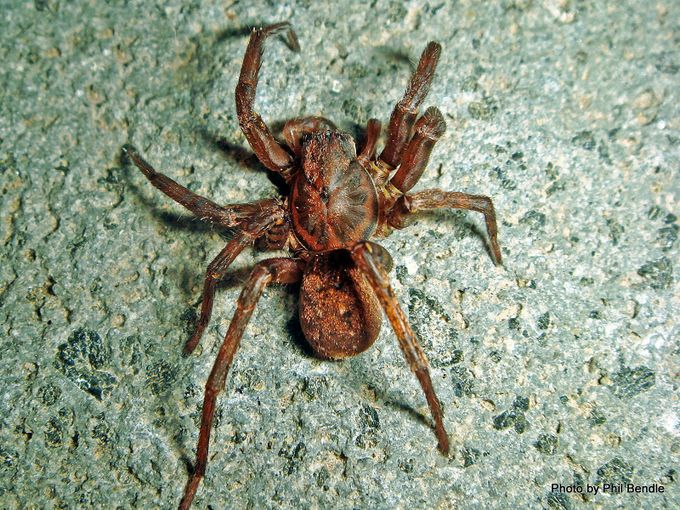 Thanks to Wikipedia for text and information:  http://creativecommons.org/licenses/by-sa/3.0/