Glabridorsum stokesii is a relatively common Australian species of parasitoid wasp that was introduced to New Zealand during 1967-1969 as a biological control agent to control the oriental fruit moth (Grapholita molesta) and the light brown apple moth (Epiphyas postvittana). It has been recorded on two non-target native moth species, Brown-headed leafroller (Ctenopseustis obliquana) and Greenhead leafroller (Planotortrix excessana).
G. stokesii has a body size of <10mm. Its antennae are as long, or longer than the body with a large white section two third up its length. The eyes are boarded by two white rings. The thorax sides have white spots. There are two distinctive white marks on the top surface of the thorax. The black abdomen has seven white stripes down its length. 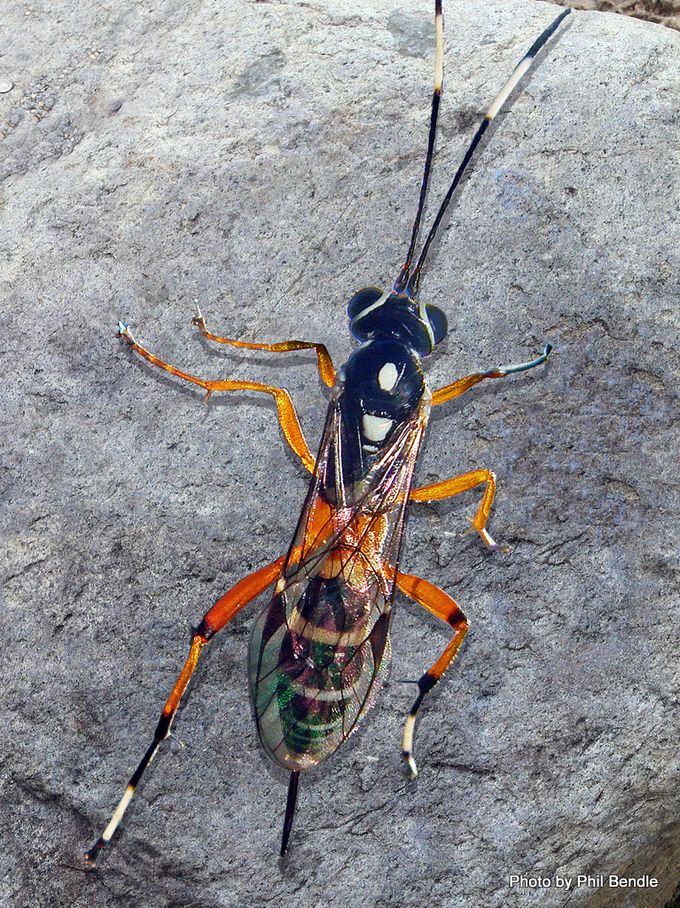