From Europe and North America, in New Zealand since about 1930 and now found throughout the country.It is suspected that it first arrived in New Zealand in the summer of 1929-30, it was first recorded in Napier in March 1930. It quickly spread all over New Zealand by the autumn or 1936. However, there seem to be 'jumps' in its dispersal over those few years, for example, the first specimen in the South Island was in the port town of Timaru, not in the Marlborough region as one would expect by natural dispersion. So the logical conclusion is that some specimens were transported around the country along with our shared food of the cabbage family.
The butterflies have a wingspan of 45–50 mm. Caterpillars are pests of cabbage and other plants of the Brassicaceae family.
Several parasites keep numbers in control.

For more information on this butterfly visit http://nzbutterfly.info/resident/white-butterfly/

A female with two spots on the wing. 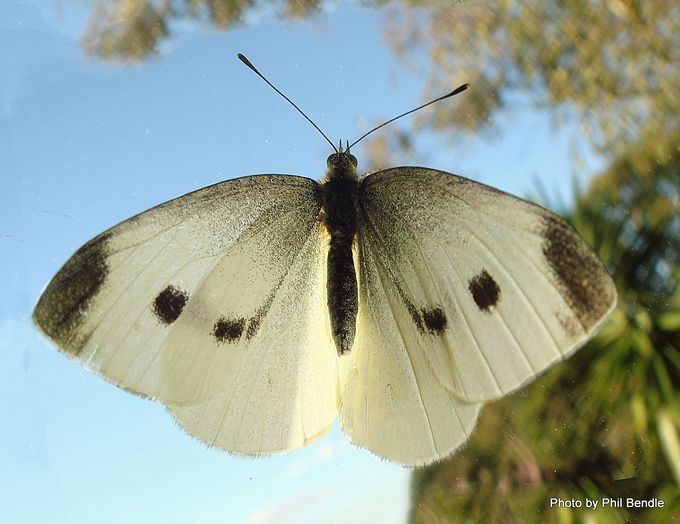 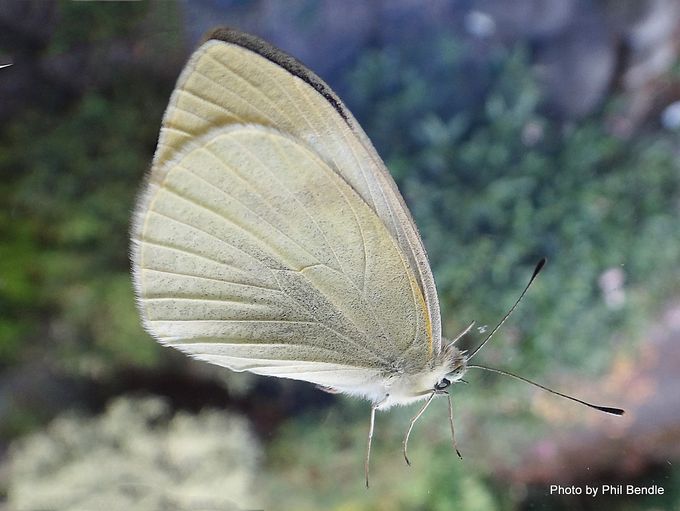 Female Pieris rapae that has just landed with the submarginal and postdiscal areas of the underside of the forewing showing. One of the females black wing spots is visible. 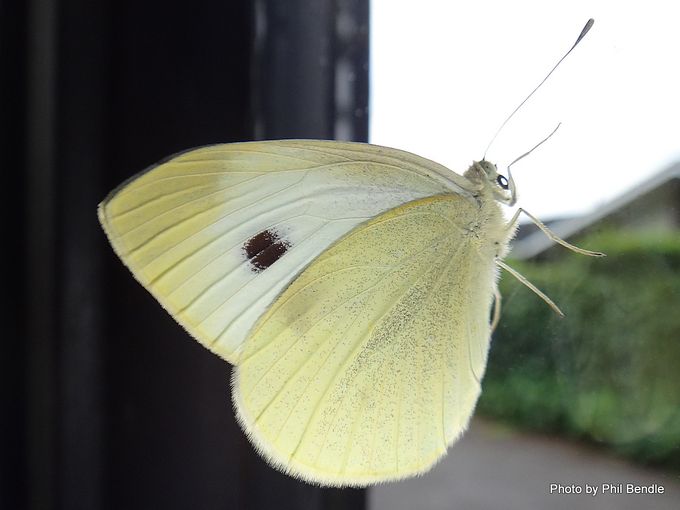 A female with the two wing spots visible. 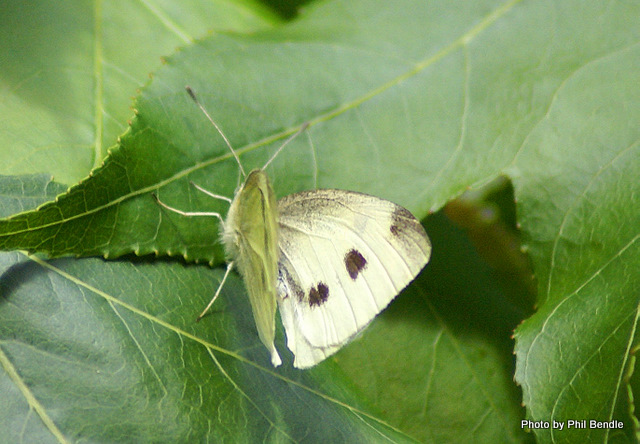 A male white butterfly with one spot on each wing. 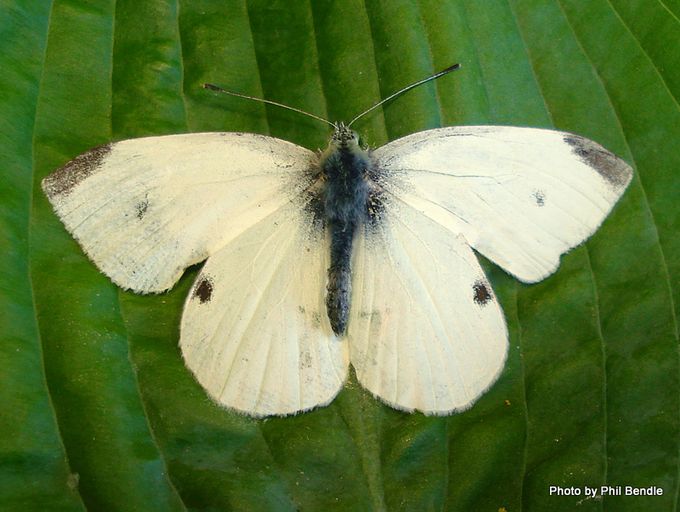 A male with an additional green spot on each hindwing. 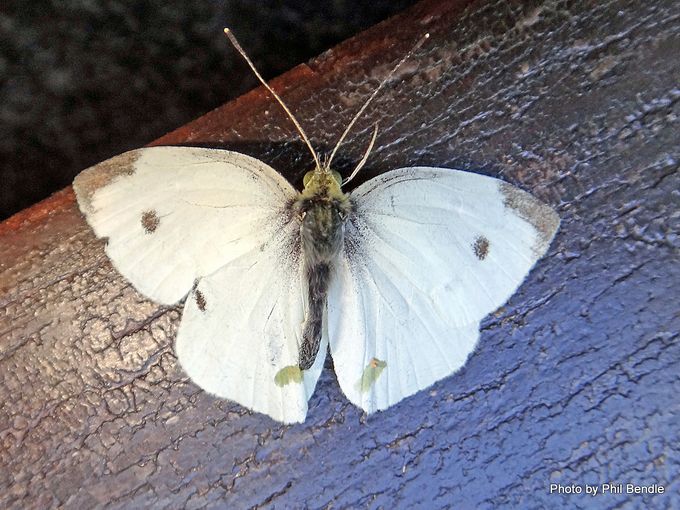 White Butterfly caterpillar.  Larvae [caterpillars] are dull green and have small hairs which
give it a velvety appearance 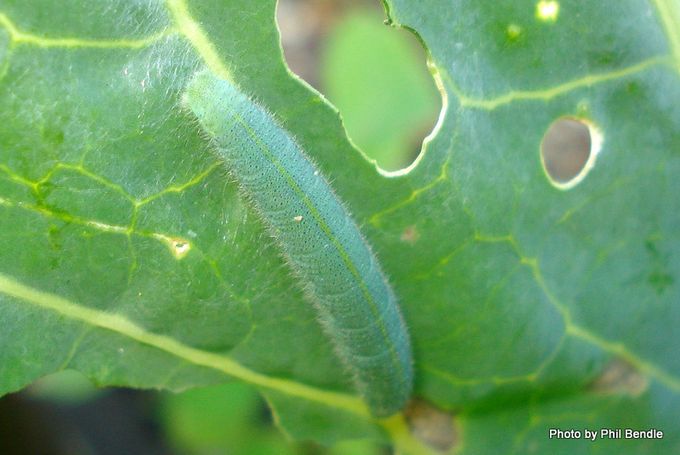 Head of the white butterfly caterpillar 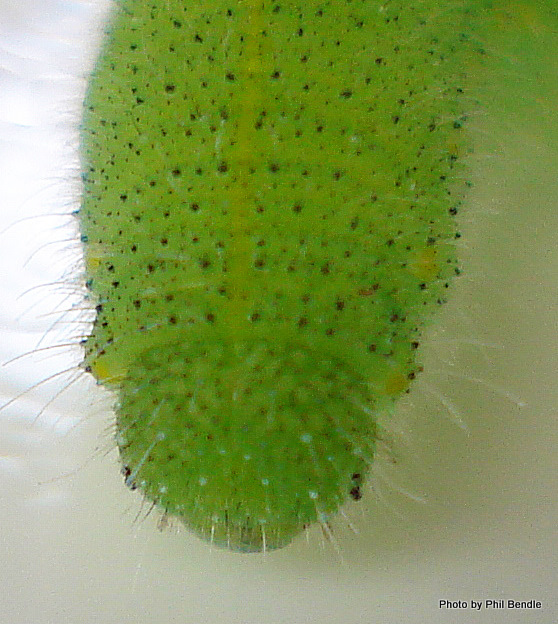 A caterpillar starting the  chrysalis stage

The pupa  about 15 mm long, has a hardened outer shell and gains further protection by hiding where its colour blends with the background