Velvet worms originated in the Cambrian seas, and apparently were the first animals that walked on land. Today, they are only found in terrestrial habitats and are so rare that most humans will never see them.
Peripatoides suteri is a velvet worm (about 40 mm in length) and are found in the following locations: Taranaki Waitakere ranges, Whakapapa and the Coromandel.
They are always found in damp places such as rotting logs, under stones, under loose bark and damp leaf litter because are unable to close the spiracles into their body cavities and so dry out easily. They feed on small insects and other micro-organisms
Their common name “Velvet worm” is because of their soft velvet-like cuticle. Velvet worms do not have body segments, however, their head has three parts, the first contains their two highly sensitive antennae, the second their jaw and mouthparts, and the third the first pair of parapodia-like legs. This species is distinctive in possessing 16 pairs of legs, 4 (rarely 3) spinous pads and 4 (rarely 3) distal foot papillae.
They are ovoviviparous, giving birth to live young that have developed within their eggs in the mother’s twin oviducts. 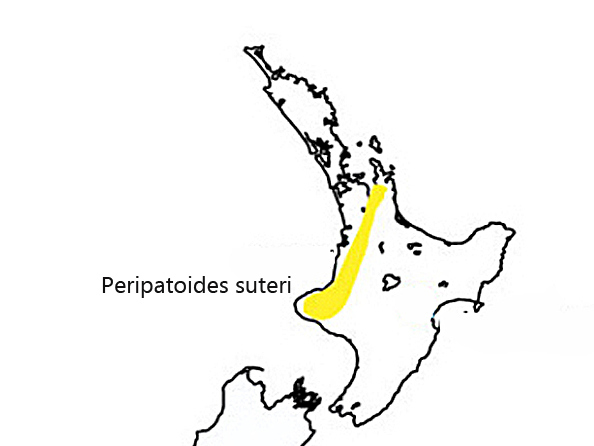 Photo showing 16 stumpy legs on one side of the worm. They are in pairs, a total of 32. 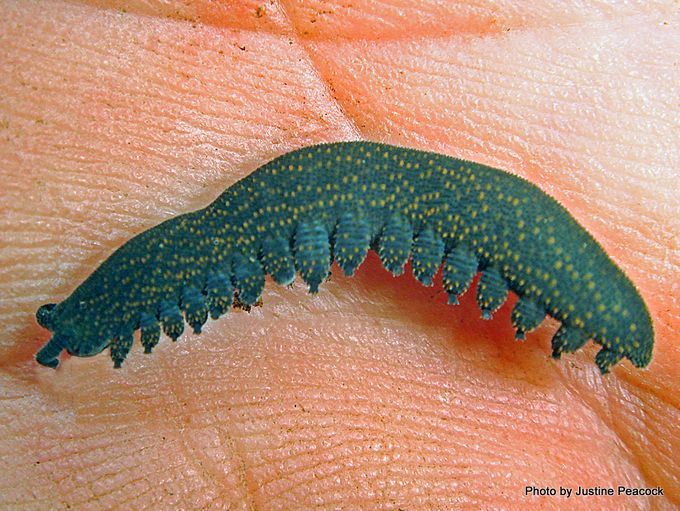 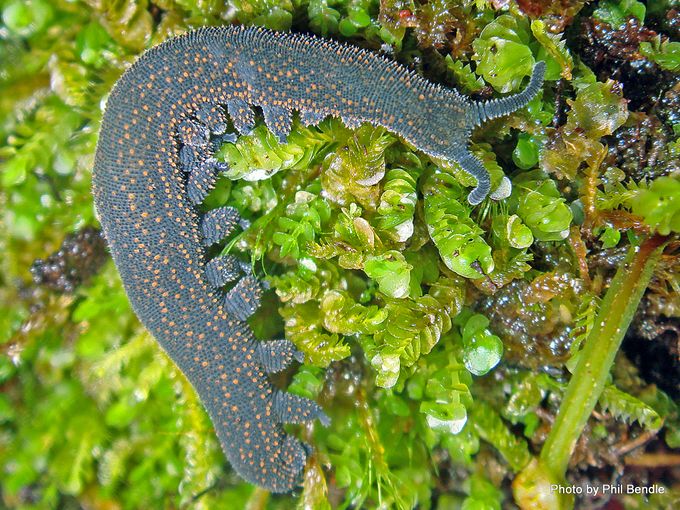 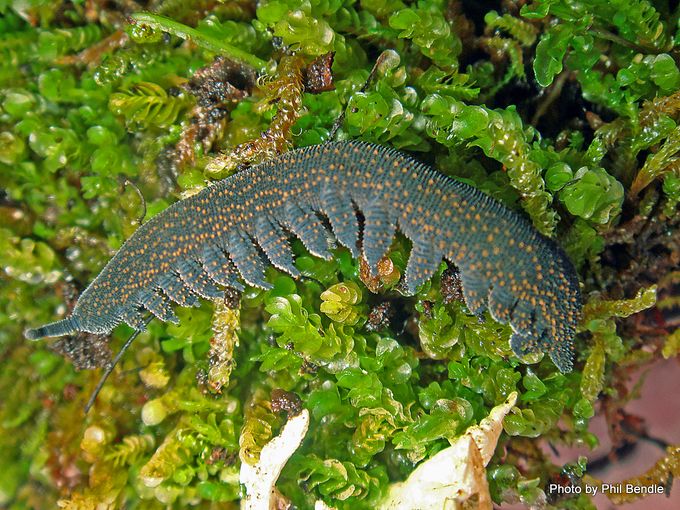 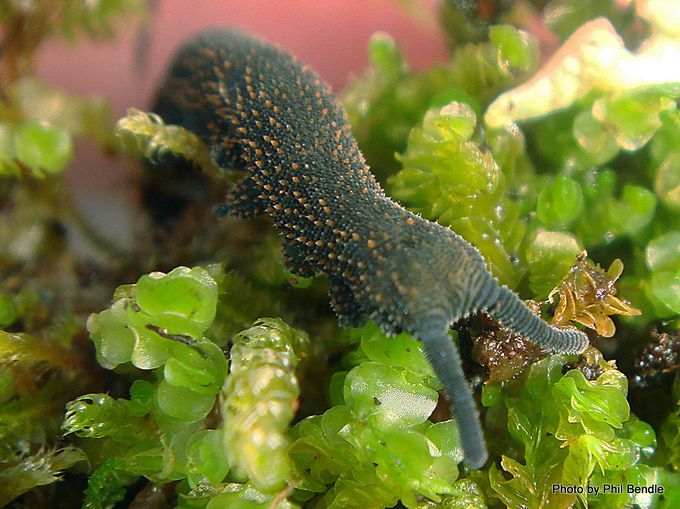 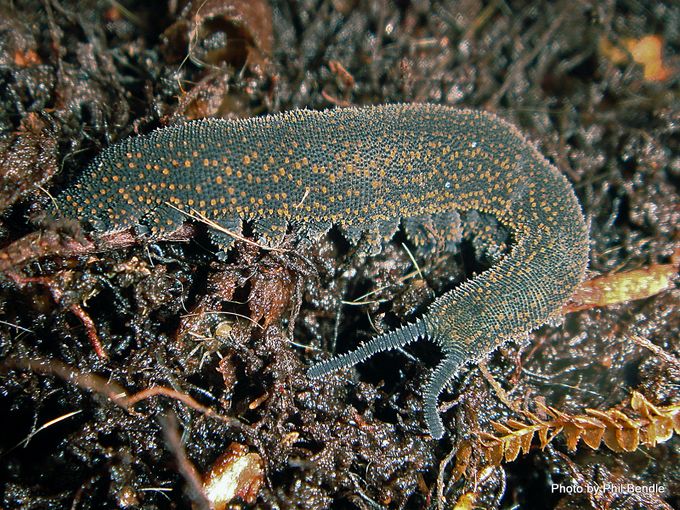 The worms two highly sensitive antennae. It has small black beady eyes on the head just back from the antennae. 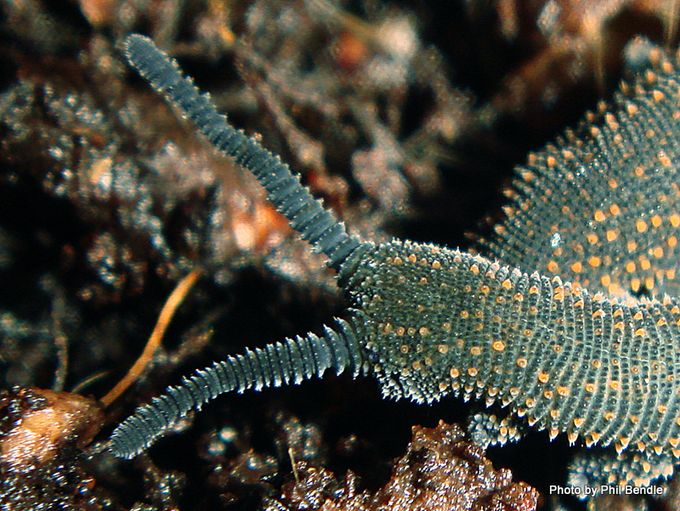 The remnants of the glue-like net sprayed by Peripatus. 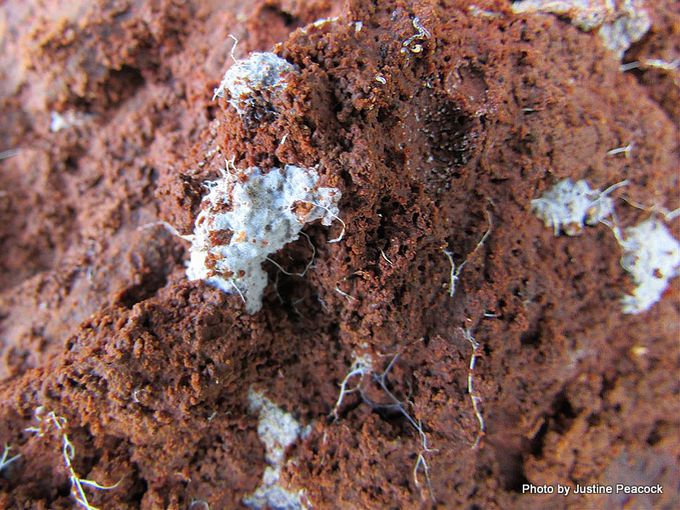