Gobiomorphus cotidianus is one of the most widespread and well-known native fish. It is a species of sleeper goby endemic to New Zealand. Being amphidromous they can be found in marine, fresh and brackish waters. This species can reach a length of 15 centimetres. It feeds on a wide variety of benthic invertebrates.
Sea-going populations occur in river and streams near the coast, and land-locked populations have become established in many of our lakes where they are an important prey species for trout and eels. In rivers, they mainly inhabit still or slow-flowing waters and thus are probably one of the most likely bullies to be seen.
Eggs are laid on the undersides of hard substrates (wood, rock) in both lakes and rivers and the egg patches are defended by a male.
The larvae that hatch from eggs laid in fresh water that is not landlocked go to sea for three to four months and then returns to lakes. The larvae are planktonic and feed on zooplankton. 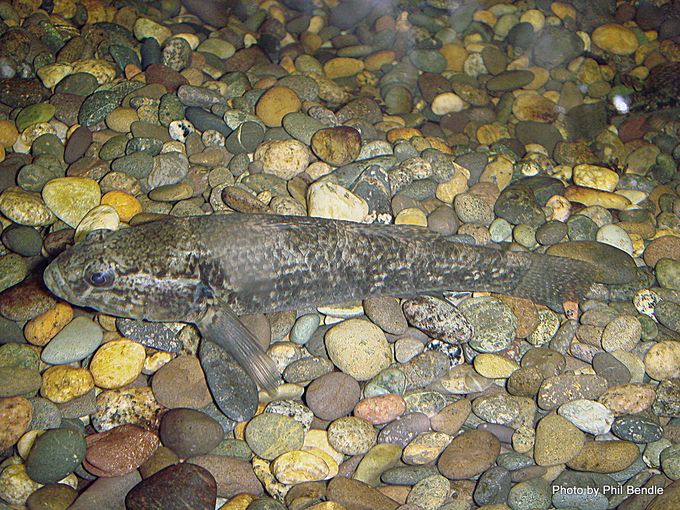 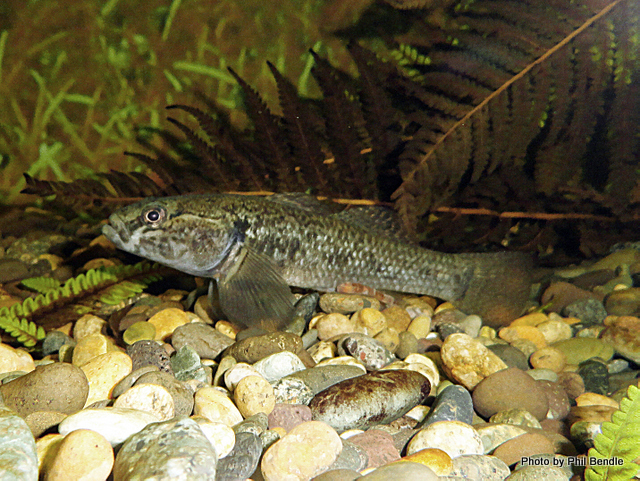 A bully photographed in the upper shallows of Lake Kaniere, Westland. 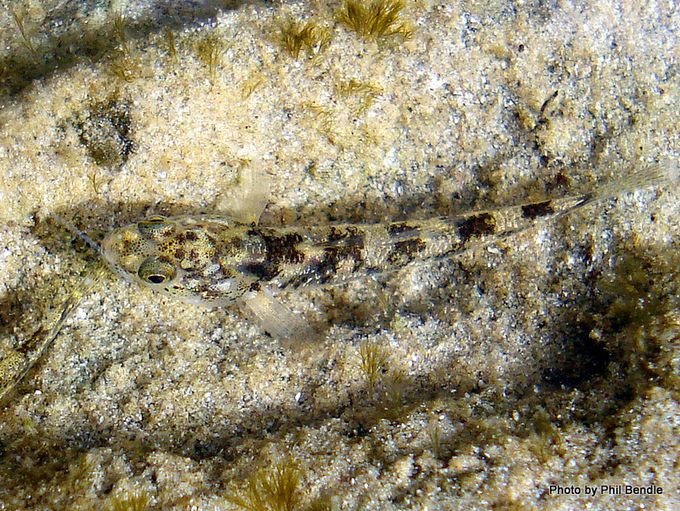